Skip to main content
Reminder: Today bus shuttles are providing #JChurch service btwn Balboa Park and Church/Duboce until 2pm due to lan https://t.co/rKQt0RU3MJ (More: 8 in last 48 hours)
Subscribe
Streets: At a Glance

It’s a simple pedestrian safety measure with a memorable nickname: “daylighting.” And it’s a solution that will help San Francisco move the needle on our Vision Zero goal of zero traffic deaths by 2024.

Daylighting is a straightforward improvement that makes everyone on the street easier to see at intersections. It requires removing visual barriers within a minimum of 10 feet of a crosswalk or intersection.

These diagrams show how the clearance of a few feet can make a big difference for street safety at our intersections.

By converting a parking space at the crosswalk to a red painted curb, a child or a senior doesn’t have to tiptoe into the street just to be able to see if vehicles are about to enter the intersection. And at the same time, people driving have a clear view of the intersection and can see if someone is waiting to cross.

This improvement helps both the young and the old, but it really helps kids. Kids often can’t see or be seen by oncoming traffic because of a parked car or other vehicle near the crosswalk. 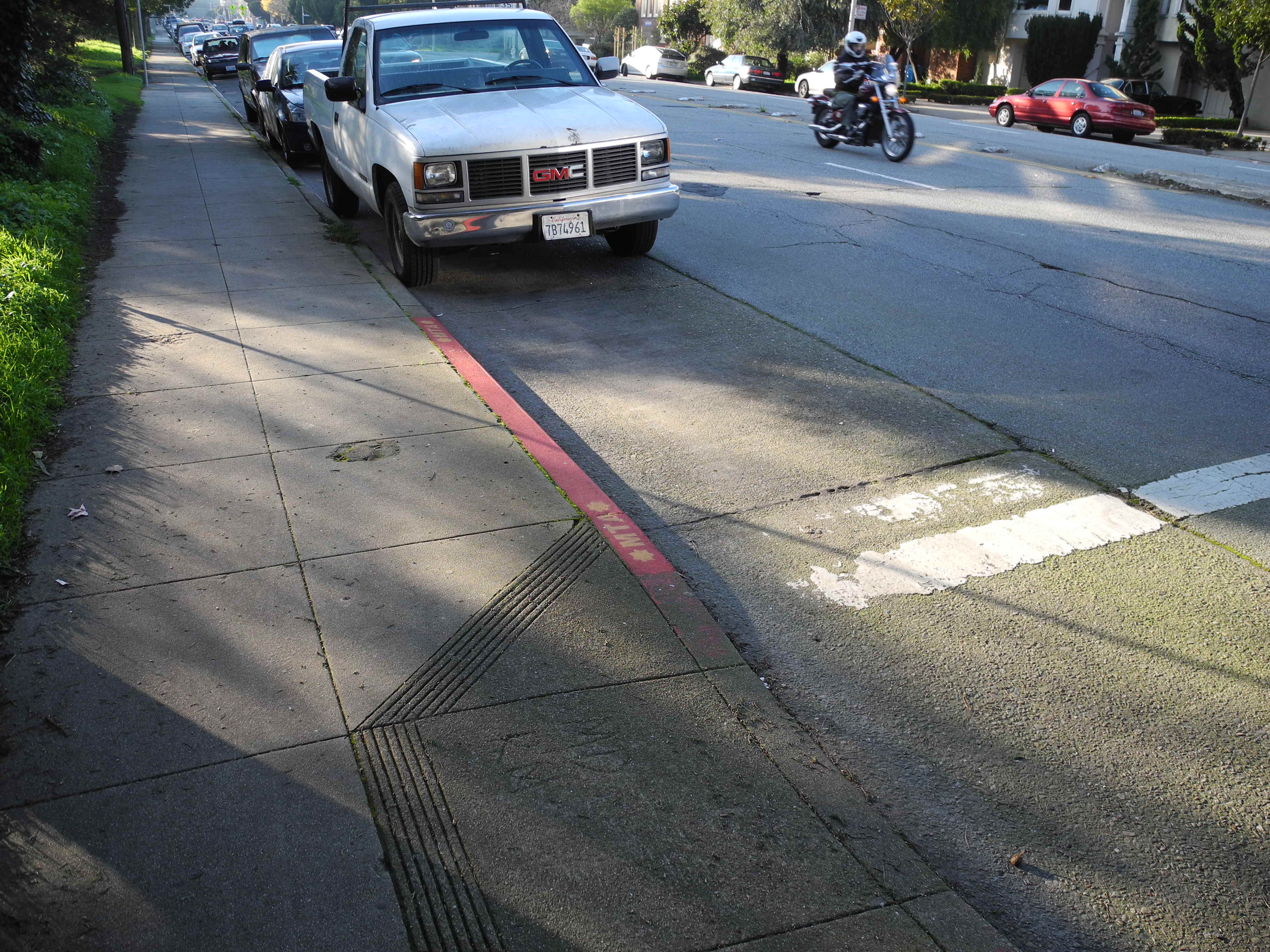 A red curb at Fulton Street and 2nd Avenue provides more visibility for those crossing the street and those driving in it.

Daylighting is not only straightforward and cheap, it’s also been successfully implemented in many other North American cities from Portland to New York City.

San Francisco is implementing daylighting at busy intersections throughout the city, and we recently improved 80 intersections in the Tenderloin with daylighting. The Tenderloin is one of the areas most in need of pedestrian safety improvements. All of the streets in the neighborhood are part of the high-injury network: the six percent of SF’s streets that account for 60 percent of severe and fatal pedestrian injuries.

For more information on how visibility is essential to the safety of intersections, check out some research from the experts at the National Association of City Transportation Officials.