Skip to main content
UPDATE: The 8 and 9/9R have resumed regular service. They may see minor delays through the area of San Bruno and Wa https://t.co/gskmcbcrO3 (More: 14 in last 48 hours)
Subscribe 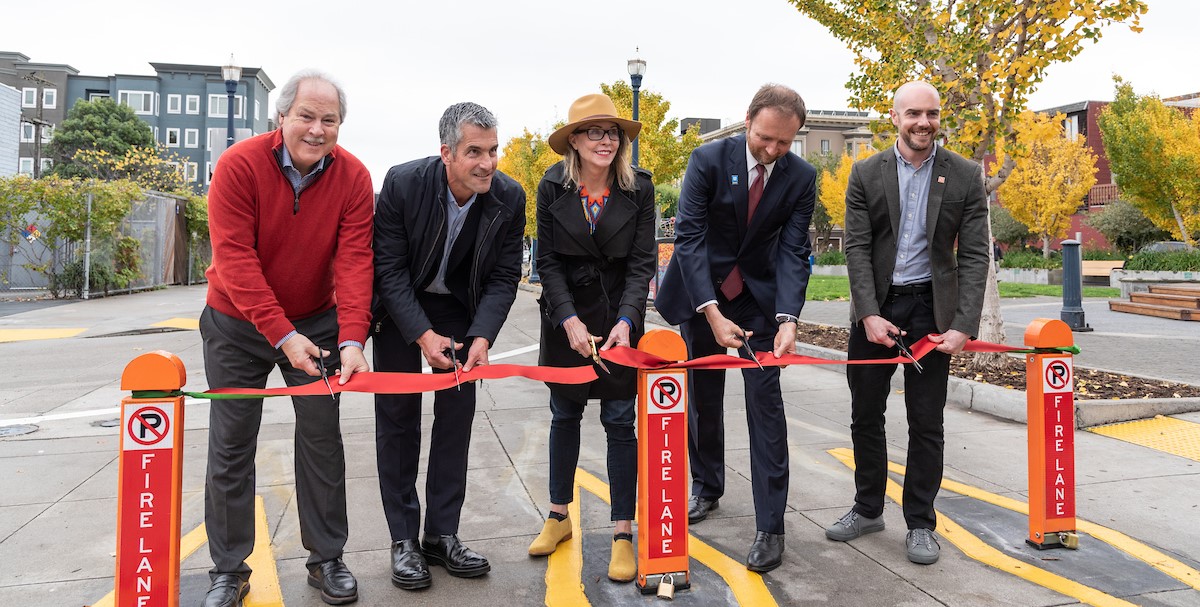 Yesterday, the SFMTA working with Mayor London Breed and Supervisor Brown announced the completion of the Octavia ‘Open Street’ Project in Hayes Valley. The Open Street Project was designed to reopen a portion of Octavia Street as public space to be enjoyed by the neighborhood and community.

The project is part of the Octavia Boulevard Enhancement Program, which seeks to make the boulevard and surrounding streets safer, more pedestrian and bicycle-friendly, and supportive of the needs of the Hayes Valley community. The ‘Open Street’ Project provides an extension of public space at Patricia’s Green by closing off the block of Octavia between Hayes and Linden to vehicle traffic.

In addition to the ‘Open Street’ portion, the project includes safety improvements such as shorter pedestrian crossings and improved intersection visibility. The redesigned street will also allow bicycles to make a safe, protected connection from South of Market through Hayes Valley. This project mirrors other efforts around the City to reprioritize how streets are used. For example, the first phase of the Better Market Street project will be implemented in January, prioritizing transit, biking, and walking by removing private vehicles from a large segment of the street.

Over a four-year period (2015-2018), we observed traffic patterns, worked through operational issues, and engaged the public during community events where Octavia Street was temporarily closed to traffic (e.g., SFJAZZ Festival Block Party, Hayes Valley Neighborhood Association Design Week, PROXY events). The community excitedly took to the expanded public space, with the area naturally activating itself. It provided a safe connection between Patricia’s Green and the PROXY space (which is slated to become affordable housing in the coming years).

Traffic patterns at the Hayes/Octavia intersection, which is on the Vision Zero High Injury Network, were greatly simplified with the connection to Octavia Boulevard and the Central Freeway removed. People walking, bicycling, and Muni vehicles all moved through the area more safely and efficiently.

We also tested a ‘first of its kind’ collapsible bollard, intended to secure the area while providing for immediate emergency access when needed. We look forward to expanding the use of these devices to other areas in the City. Let us know what you think of the new space in the comment section below.