To improve safety for transit operations and to make Jackson Street easier to navigate for neighbors, SFMTA is proposing to permanently relocate the terminals for both the 12 Folsom/Pacific and the 27 Bryant on the north side of Jackson Street between Van Ness Avenue and Polk Street. The 12 Folsom/Pacific terminal, which is on the south side of Jackson temporarily, would move to the northeast corner of Jackson and Van Ness, where the 27 Bryant terminal is located currently.  The 27 Bryant terminal would then relocate east to the northwest corner on Jackson at Polk.

After evaluating several options on potential locations for the 12 and 27 terminals, the proposed changes mentioned above is the best option to make transit operations safer and to minimize parking impacts in the neighborhood.

This proposal would result in changes to some loading and parking spaces, with a net loss of two parking spaces on the block. A public hearing on the proposed changes took place on March 22, 2019. Comments were reviewed by project staff and the hearing facilitator and entered into the public record. No decision was made at the public hearing, and SFMTA staff is reviewing how best to proceed. With your help and patience, we are continuing to improve the safety and quality of our Muni lines.

Please contact VanNessBRT@SFMTA.com and 415.646.2310 for more information about the proposal. 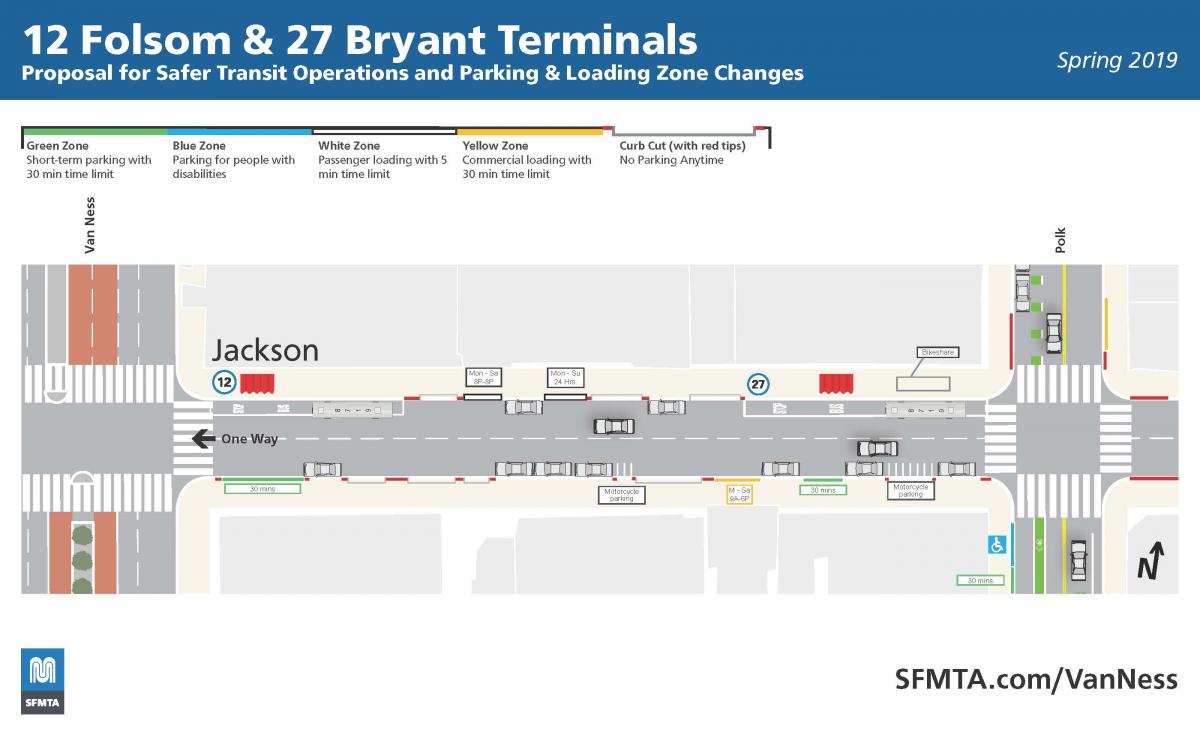