The San Francisco Municipal Transportation Agency (SFMTA) and Public Works will begin construction of a protected, curbside bikeway on Market Street from Octavia Boulevard to Buchanan Street starting in late January or early February 2018. The two-block bikeway was approved by the SFMTA Board in spring 2017 as part of the larger Upper Market Safety Project, which also includes sidewalk bulbouts, enhanced transit boarding islands, and various parking and traffic revisions to improve safety from Octavia Boulevard to Castro Street. While most of these improvements are still in design with construction planned for 2019/2020, the protected bikeway is able to be constructed sooner along with additional near-term pedestrian safety measures at the Guerrero/Market and Herman/Laguna intersections.

Construction activities will include repaving, building of concrete traffic islands, and re-striping of the bike lane and parking/loading areas. Roadway users should expect periodic lane closures and parking restrictions to support these activities. Construction is expected through March 2018.

On January 16, 2018 the SFMTA Board will consider a proposal to modify the parking and loading layout that was initially approved with the two-block protected bikeway from Octavia to Buchanan streets. The revised proposal would eliminate metered parking for the three blockfaces of protected bikeway on Market Street in favor of generously-sized, all-day (“24/7”) load zones. This revision, which is a result of ongoing discussions with the San Francisco Fire Department (SFFD) and other project stakeholders, will improve flexibility and access for emergency first responders while allowing for enhanced accessibility and more substantial physical protection of the bikeway.

As part of this proposal, new metered spaces would be added to nearby side-streets including Waller Street, Laguna Street, Hermann Street, and Duboce Avenue to retain similar availability of on-street parking (see map below). 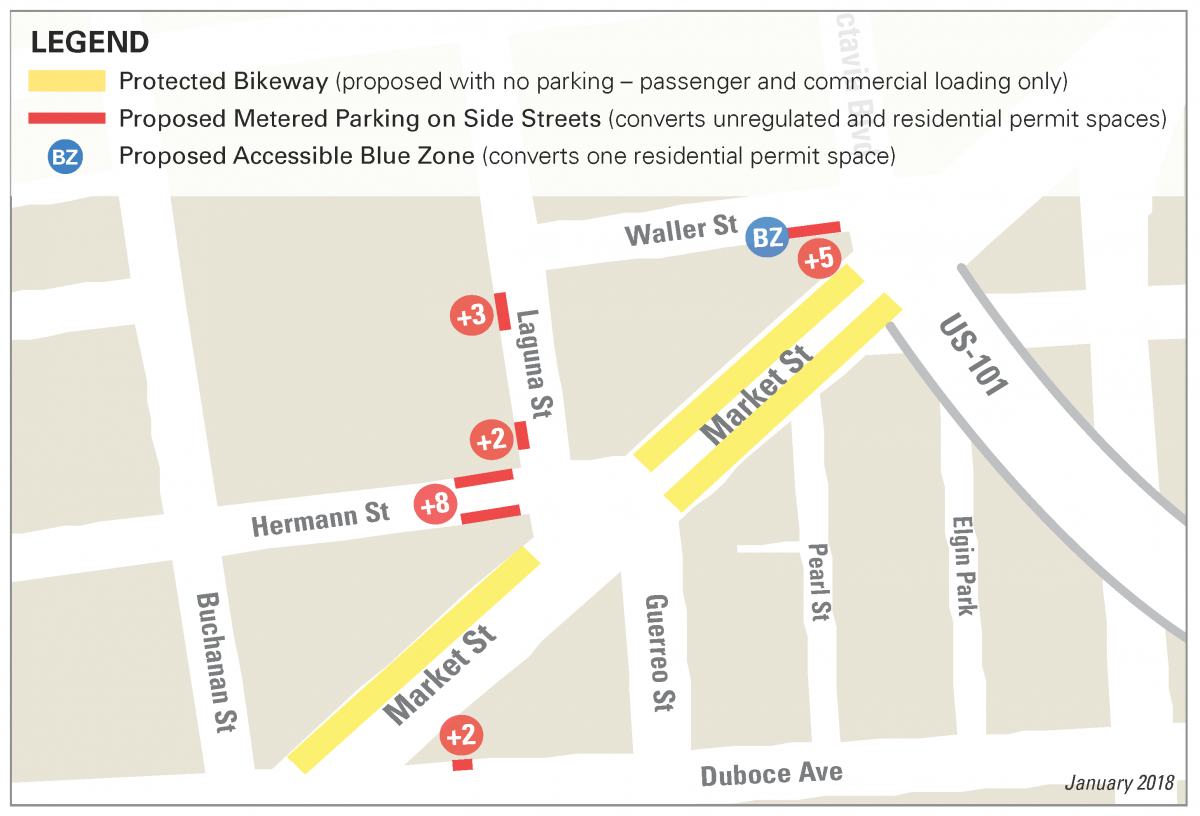 The SFMTA Board meeting will take place on Tuesday, January 16, 1pm in City Hall Room 400.

SFMTA and Public Works staff will be hosting a public meeting soon to finalize recommended circulation changes at various intersections within the project corridor, as well as to gather public input on design concept alternatives for improving the public realm (with lighting, landscaping, seating, etc.) in conjunction with the sidewalk widening and other capital improvements currently in design and planned for construction in 2019/2020. City staff are currently targeting a late February open house date and will send another project update when the time and location are confirmed. 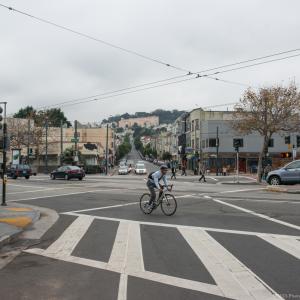