Update: On January 16, 2018, The SFMTA Board of Directors approved Residential Permit Parking in Northwest Bernal Heights

Please note - letters and applications will arrive in the mail next month for those addresses eligible for permits.

Thank you for your continued interest in parking in northwest Bernal Heights.

The Voting Results Are In

The creation of the RPP project was driven by interest from neighbors in establishing an RPP area, community conversations that started in the spring of 2015, and the SFMTA’s RPP Evaluation and Reform Project, which is an effort to improve the city’s outdated RPP regulations.

This map [PDF] shows the blocks where 50% or more residents voted for inclusion in the RPP pilot program, with the following RPP regulations:

Next Steps
An SFMTA public hearing will be scheduled within the next several months. When the hearing is scheduled, the date, time and place will be broadly announced.

If your block was not included in the RPP area, but you are interested in being included, visit the SFMTA’s RPP area expansion website to learn about the process to expand an existing permit area.

For more information, and to receive email updates, please visit the project website. 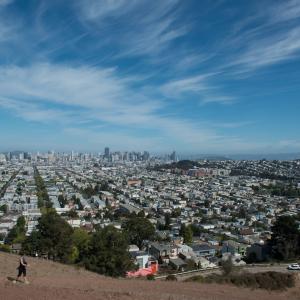