This year's Cable Car Bell Ringing Contest is this Thursday, July 7, and we can't wait! Join us at noon in Union Square for what is a perennial, fun-filled favorite. 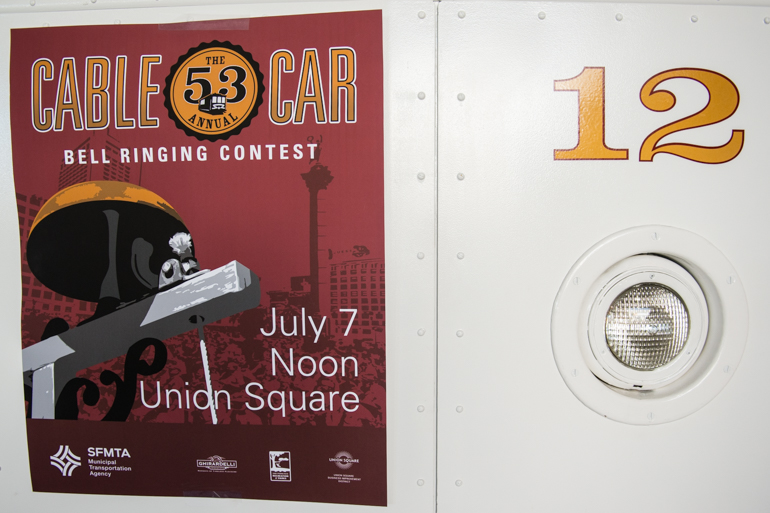 Thursday's festivities kick off with a charity bell ringing contes with local media luminaries ringing for prizes that award donations to their favorite causes. This is followed by the main event: the professional bell ringing championship, featuring the men and women who operate San Francisco's historic cable cars. 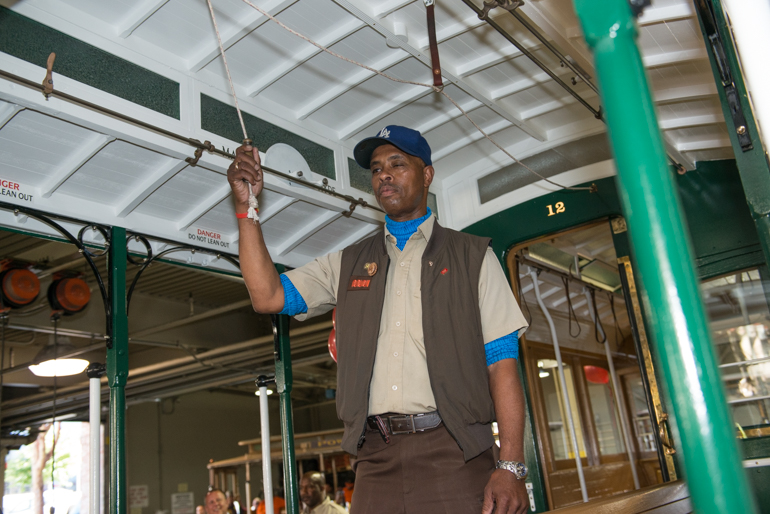 A little over a week ago, Muni's Cable Car Division held the preliminary competition to determine who would get to ring at the final event. This week's contestants will be: Ignacio Sandoval, Trini Whittaker, Singh Rai, Cassandra Griffin, Joseph Sue and Leonard Oats. 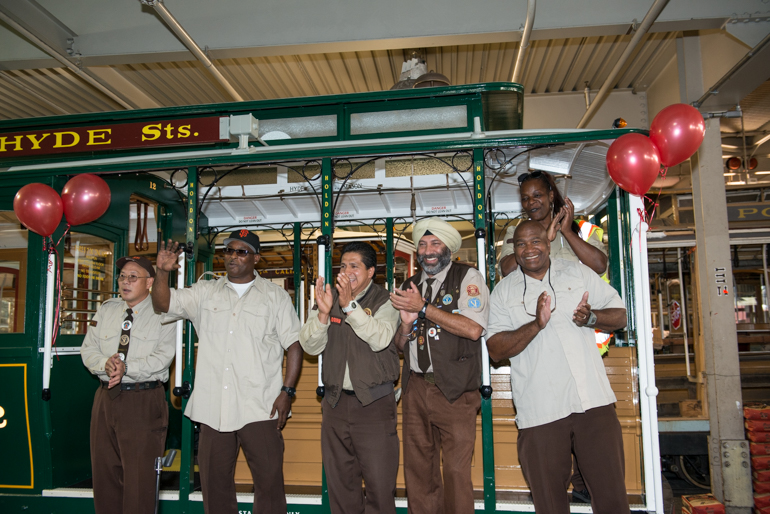 2016 Bell Ringing finalists clapping as the announcement is made that they'll be going on to the July 7 contest. Taken June 23, 2016. (L to R: Joseph Sue, Trini Whittaker, Ignacio Sandoval, Leonard Oats, and Cassandra Griffin)

This is a don't-miss event that we look forward to hosting every year, but we can't do it alone. Our co=presenter is the Ghirardelli Chocolate Company. The event is supported by the merchants and members of San Francisco Travel, The Union Square Business Improvement District, San Francisco Recreation and Park and the Cable Car Museum.