San Francisco lost a dedicated advocate for pedestrian safety and accessible public transportation with the recent passing of Bob Planthold. Having contracted polio at an early age, Bob used bright yellow Canadian crutches to help him move around. Firsthand experience of the obstacles people with disabilities may face in getting from place to place and accessing services made Bob a tenacious and persistent champion for pedestrian safety and accessible transit. 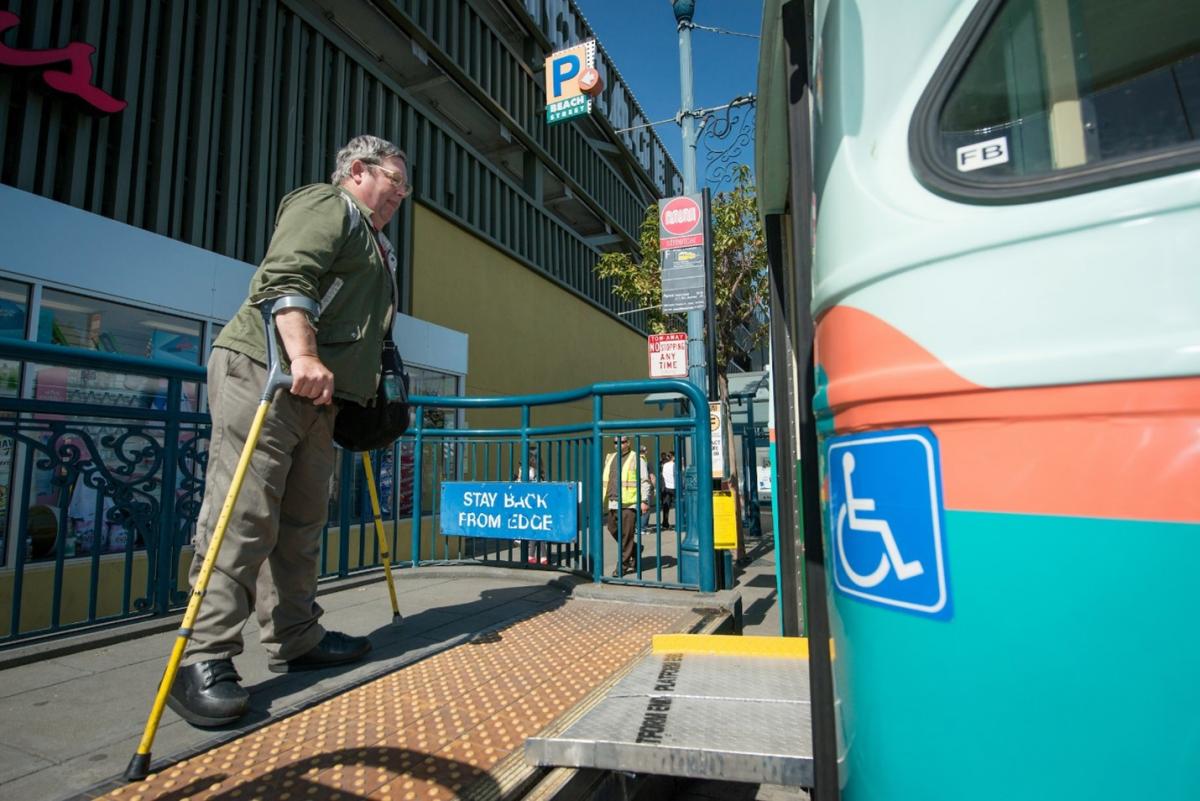 Bob’s activism contributed to real change that benefited people with disabilities in San Francisco. He was a member of the steering committee for the San Francisco Accessible Parking Policy Advisory Committee, which was established by the Mayor’s Office on Disability and SFMTA in 2012 to look into ways that SFMTA blue zone policy and the State Department of Motor Vehicles’ disabled placard policies could be improved to ensure greater availability of accessible parking in the City. As a result of the Committee’s work, SFMTA enacted a policy requiring that the city actively work toward a minimum of 4% of metered parking as designated blue zones. Bob also teamed with disabled advocates in other cities to push for statewide legislation requiring statewide policies to ensure sufficient turnover in parking and increase the availability of blue zones and public parking.

As a past member of both the Multimodal Accessibility Advisory Committee and the Paratransit Coordinating Council, Bob’s was a familiar face for Accessible Services staff. He frequently engaged with staff throughout SFMTA on projects such as the Commuter Shuttle Program and the Transit Effectiveness Project. More recently Bob was involved in the effort to make JFK Drive Car-free; advocated for the return of pre-pandemic Muni service levels; and pushed for accessibility concerns around pandemic-era Shared Space Parklets to be addressed.

Bob’s activism extended beyond pedestrian and transit access issues. During his decades as a community activist, his service included terms on the City’s Sunshine Task Force and on the Ethics Commission. He regularly advocated before the Mayor’s Disability Council and was involved with community groups such as Senior Disability Action (SDA), formerly Senior Action Network. As a member of the SFCTA’s Vision Zero Task force since its inception in 2014, Bob was a stalwart advocate for pedestrian safety in San Francisco and was part of the broader movement for safe streets in California.

Bob was always game for fun in his activism and was integral to some of the innovative campaigns developed by SDA to focus attention on important issues such as pedestrian safety.   He made connections with countless individuals and was uncompromising in his belief that access cannot be overlooked and should be integrated into all programs and services provided by the City and for that matter private companies as well.   He teamed up with many groups during his years of activism and his steadfast commitment to access for seniors and people with disabilities will be greatly missed.