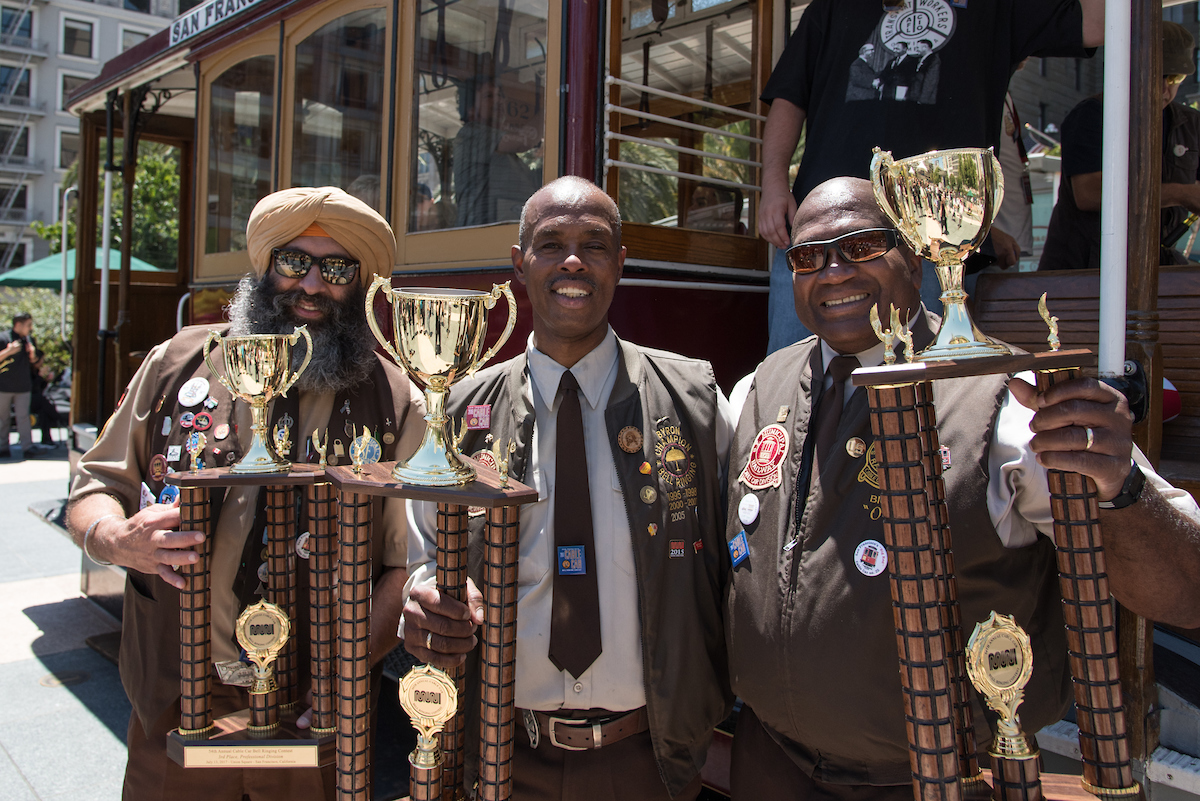 Yesterday's noon contest had great weather and a lot of help to make it a success. You may have caught some of the media coverage at KRON 4 or in The Chronicle. We are grateful for our entire team of judges, many of whom come year after year, who bring their fine-tuned listening skills to determine the best of the best. The amateur ringers use heart and humor to ring for their favorite charities. The music provided by our favorite local blues band, featuring Cable Car Division employees, Abel Sanchez & The Frisco Project — who know how to draw a crowd. Our super mistress of ceremonies, local comedienne Debi Durst, keeps the afternoon fun and humming along. Of course, it wouldn't be much of a show without the hard working, talented men and women of San Francisco's Cable Cars.

The contest had two divisions, one for cable car Grips and conductors and another for local community representatives. The winners in the division for cable car crew members were: First Place, Byron Cobb; Second Place, Leonard Oats; and Third Place, Singh Balraj Rai. Today’s win was the seventh first-place win for Byron Cobb.

The winners in the amateur charity division were: First Place, Access SFUSD; Second Place, Amanda King, local jazz singer; and Third Place, Joe Fitzgerald Rodriguez of the San Francisco Examiner. Their prizes will be donated to the following charities: The Arc, Raphael House and the National Association of Hispanic Journalists, respectively.

For both portions of the contest, the winners received a trophy and cash prizes, including hotel stays, dinners and other gift certificates donated by Union Square merchants. 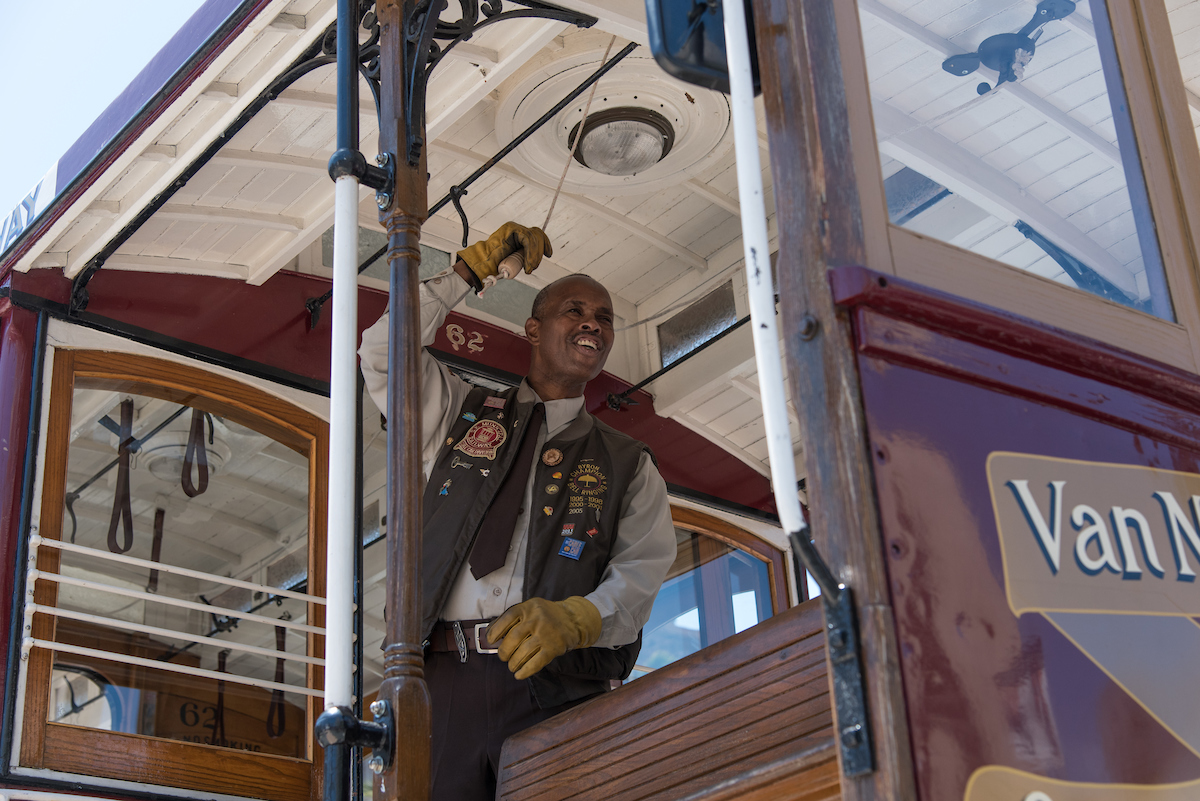 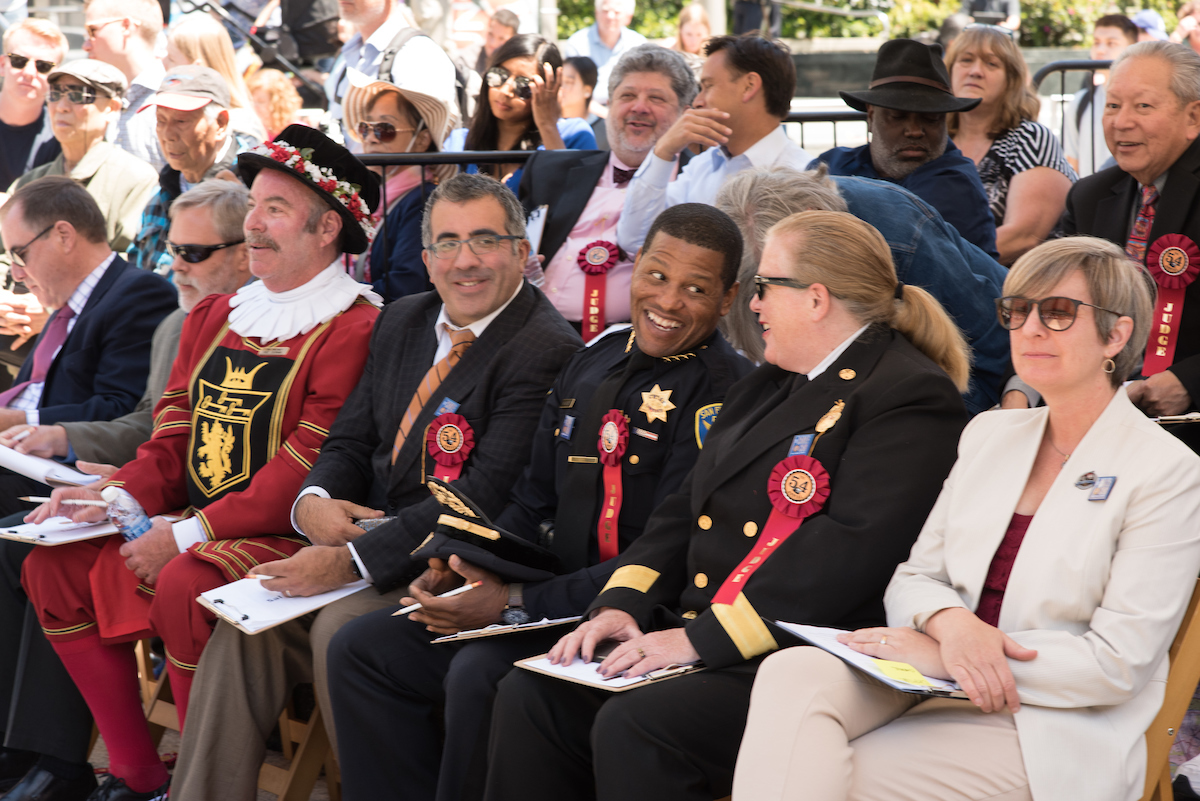 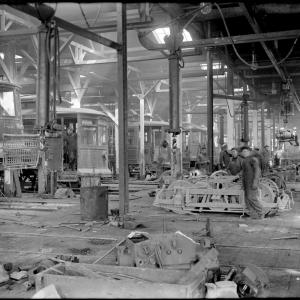