Cheryl Brinkman: New Chairman of the SFMTA Board of Directors 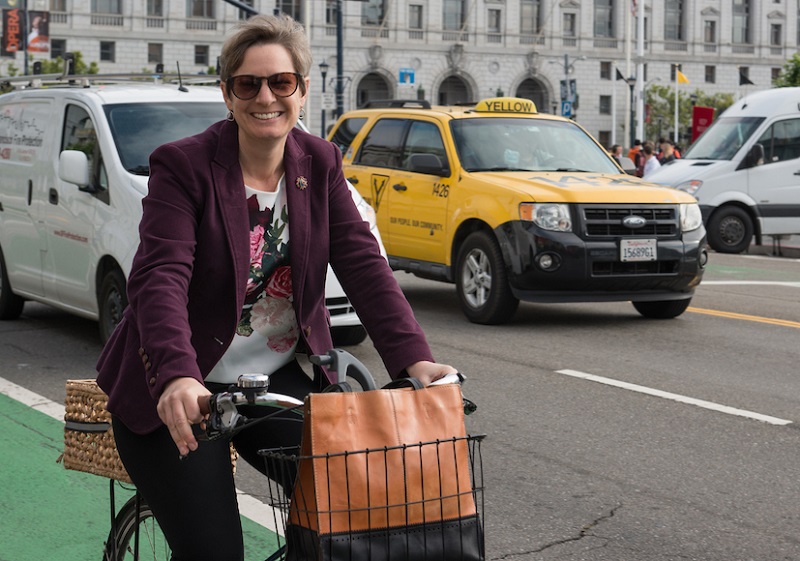 As the new chairman of the SFMTA Board of Directors, Cheryl Brinkman is happy to use the skills she’s learned through a lifetime of transportation advocacy to help form the city's transportation agenda.

Like most San Franciscans, Chairman Brinkman gets around in a variety of ways, including walking, biking, Muni, taxis as well as bike-share and car-share services. Her enthusiasm for all of these choices make her a great leader for the agency.

An Advocate for Safer, Sustainable Transportation in San Francisco

Brinkman has taken her love of all modes of transportation to a new level as the newly elected chairman of the SFMTA Board. She follows Tom Nolan as chair, who served in this capacity for eight years. Due to term limits, Nolan will complete his tenure on the board in a few months. Brinkman was first appointed to the board in 2010 by then-Mayor Gavin Newsom and was elected vice chairman two years later.

As a strong advocate for street safety for all modes of transportation, she has a long history working with organizations such as the SF Bicycle Coalition, Walk SF and neighborhood groups.

As the former board president for Livable City, Brinkman was one of the original organizers behind Sunday Streets, the city's highly popular open streets event currently in its 10th year.

Sunday Streets “helps people rediscover their city," said Brinkman. "It reminds us of how easy and pleasant it can be to get around, and how lovely it is to meet people on the street and have a chat. I hope that [it] continues to help us look at our streets in new ways and realize we can use that space for different things at different times." 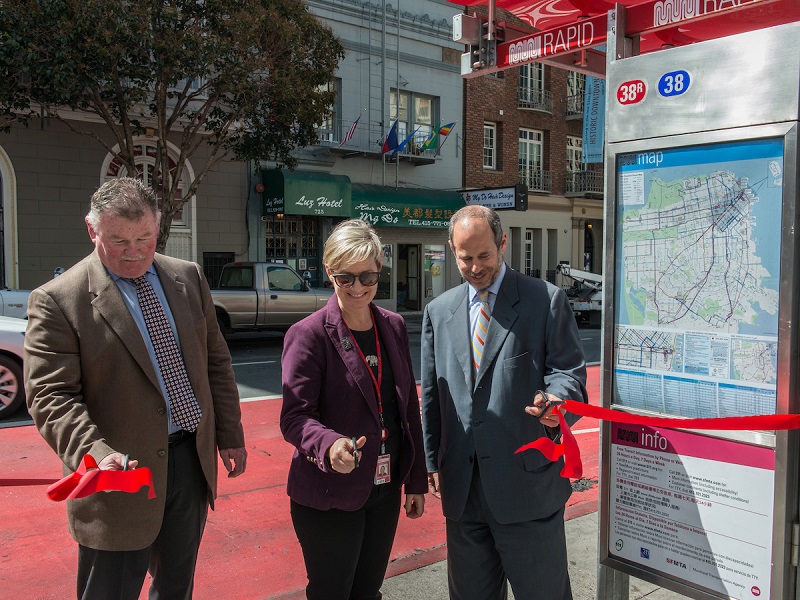 Joining the SFMTA Board

While she still has a deep respect for those organizations, Brinkman said she had to step back from her advocacy work after she joined the SFMTA Board of Directors, which “does take a good amount of time and energy.”

Brinkman, who grew up in Los Angeles, lives with her husband in the Western Addition and calls the city “a walker's paradise." She usually commutes to work by taking Muni’s 5 Fulton, walking or biking, though she sometimes “mixes it up” and walks further to the N Judah, 7 Haight/Noriega or 38 Geary.

She noted that she also “stays up to date on the issues in the city and in my neighborhood,” and uses her “top notch weeding and raking skills” to help maintain the Panhandle park once a month with the Panhandle Park Stewards.

"We are so lucky to live here,” she said. “Every day I find something new to admire or appreciate [about our city].”

Leading change for a better city

As part of “the generation of children who did not have to be driven everywhere,” Brinkman said she wants “to help people feel safe again about allowing their kids to be independent.”

Through her leadership on the SFMTA Board, she has helped garner support for numerous projects that have helped create friendlier streets for walking and biking. "Our hard work is paying off,” she said. “There are still a lot of improvements to make, but we are making our system safer and better every single day."

To help the SFMTA “provide even better transportation and support a vital and energetic city,” she said, “we need the public’s help and support and we want the public to keep being our strongest critics and supporters.”

About the SFMTA Board of Directors

The SFMTA is governed by a seven-member board of directors appointed by the mayor. The SFMTA Board sets agency policies to balance the competing needs for street space, approve the budget and set the future direction for the agency.

The board meets on the first and third Tuesday of every month at 1 p.m. at City Hall, Room 400 (unless otherwise noted) and is open to the public. 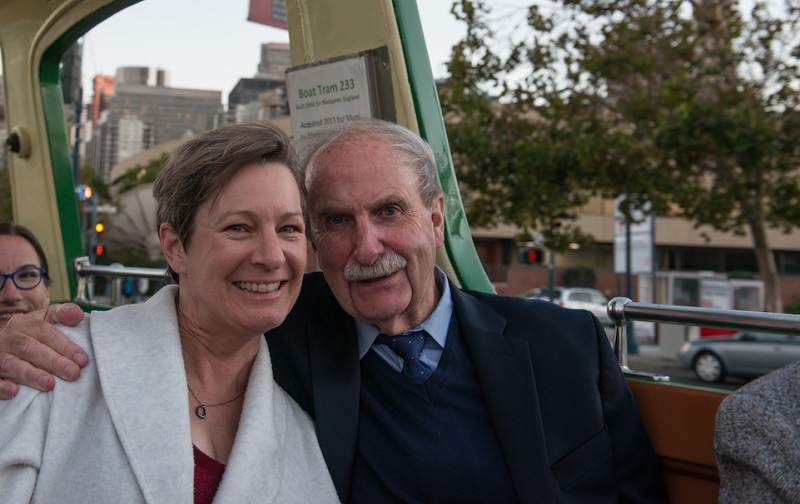 Aboard the boat car during the reception for out-going Chairman Tom Nolan. Photo taken Sept. 22, 2016.