Coming Next Week: New & Improved Muni Connections to Vis Valley and the Marina

Share this: FacebookTwitterEmail
By
Rachel Hyden (no longer with the SFMTA)
Friday, September 18, 2015

Next Saturday is the big day— we’re increasing service, putting new and bigger buses into service, and redesigning several Muni routes to make new connections across the city.

If you missed last week’s blog post, we took a closer look at a handful of Muni reroutes launching on September 26, including the 7X Noriega Express, 18 46th Avenue, 57 Parkmerced and 29 Sunset. 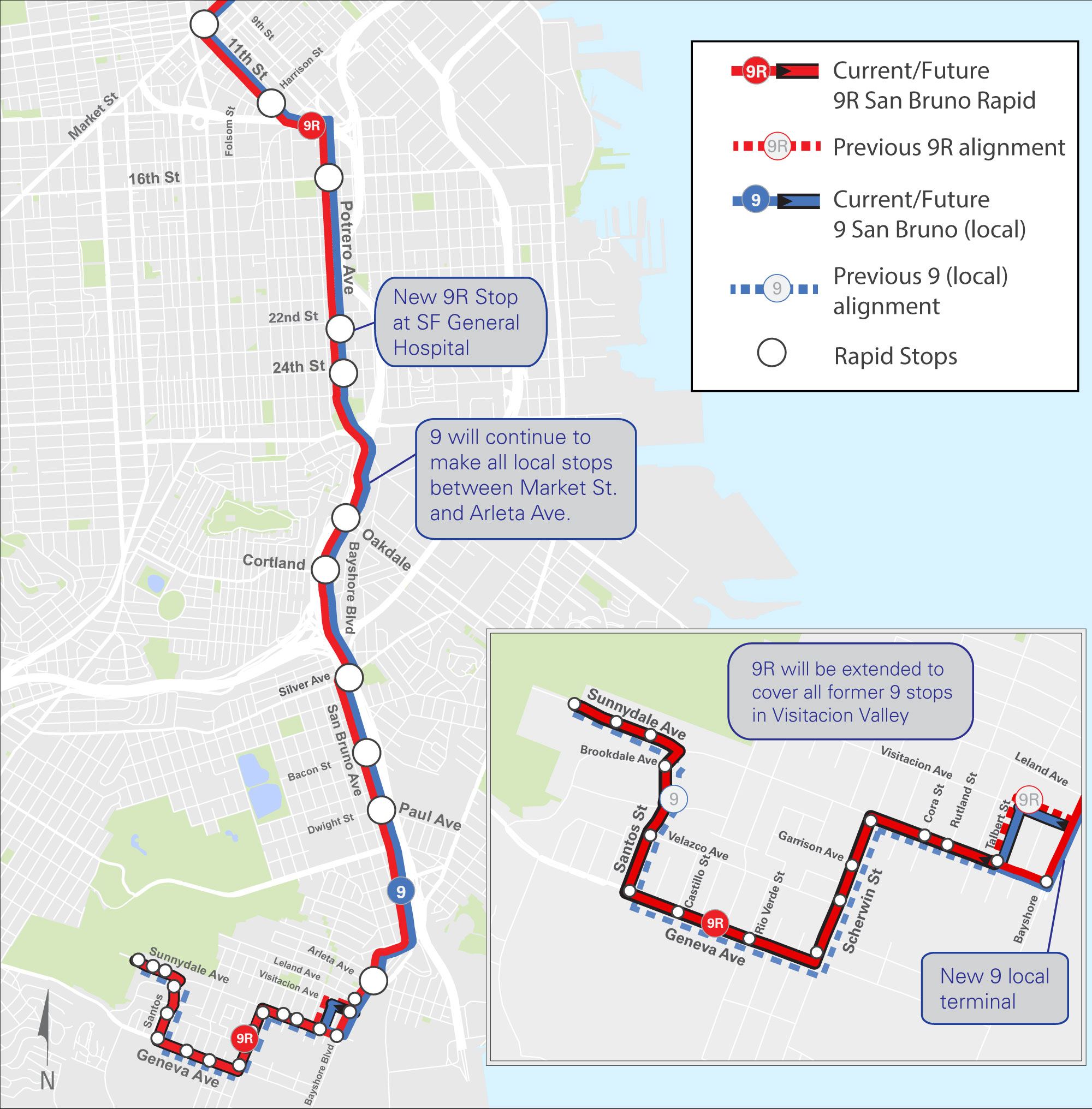 Good news for 9 San Bruno riders in Visitacion Valley— your trip to the Mission and downtown San Francisco is going to get a lot quicker. Starting Monday, September 28, not only are we increasing frequency on the 9R San Bruno Rapid so buses come every eight minutes, but we’re expanding Rapid service to Visitacion Valley.

We’re also consolidating a few stops to improve travel time along the route. The local stops at 17th and 21st will be removed, and the Rapid stop at 20th will be relocated to 22nd to serve SF General Hospital. 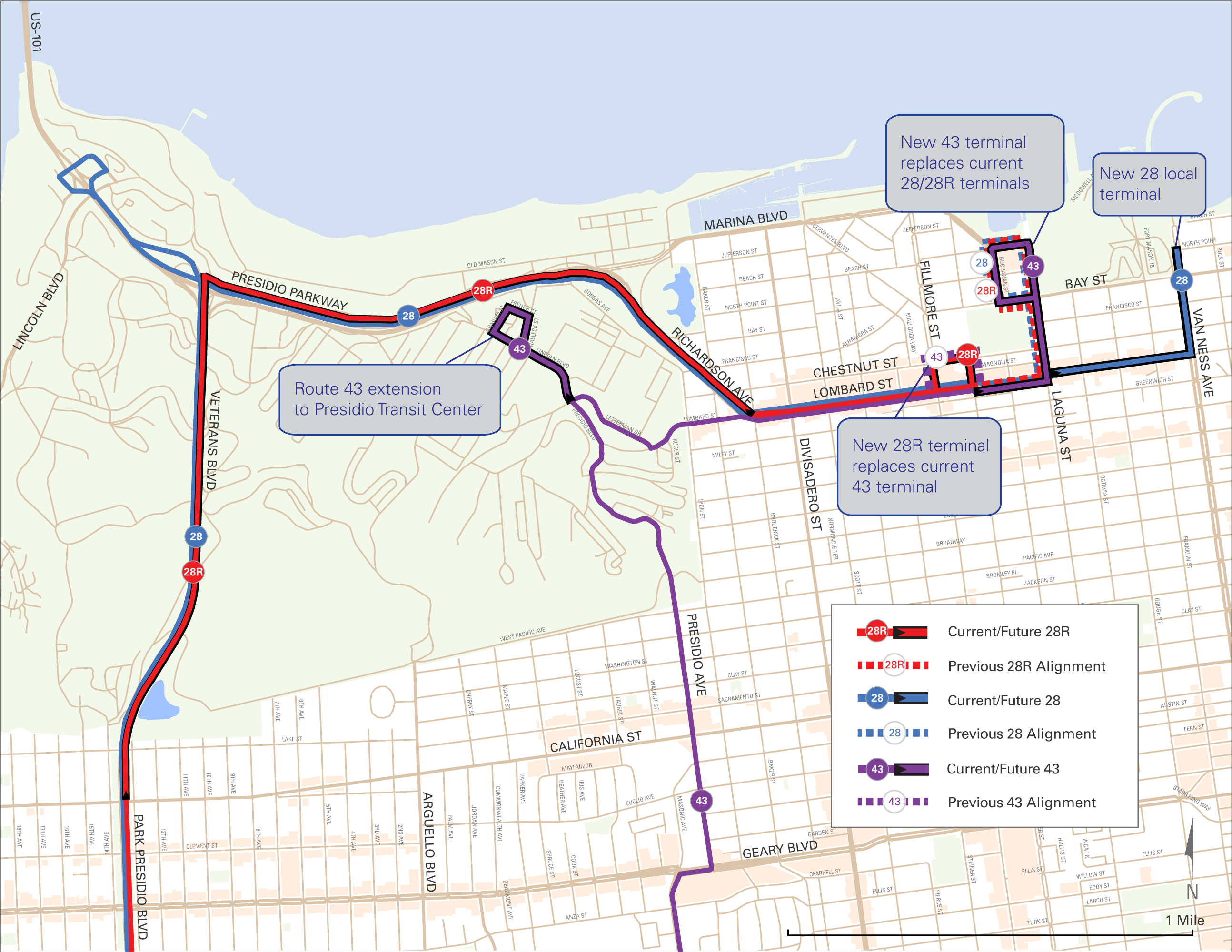 The Marina district will be getting new and improved connections to Van Ness Avenue and the Presidio Transit Center. To reach Van Ness Avenue and the rapid bus service coming soon to that busy street, we’re extending the 28 19th Avenue along Lombard Street to serve Van Ness. New stops will be established at Gough/Lombard and Van Ness/North Point.

We’re excited for September’s service improvements, and we hope you are, too. Let us know at TellMuni.com, or give us a shout on Twitter at @MuniForward.