To people who feel underprivileged and out of sync: rising to the top can happen to those who persevere and compete. - Curtis E. Green

Those were the encouraging words of Curtis Green in 1982, when he retired from the San Francisco Municipal Railway as the first black general manager of a major transit system in the nation.

Green's career at Muni spanned 37 years, from 1945 to 1982, during which he helped shape the system we know today. He was known to be well liked by everyone, including personal friend Supervisor Harvey Milk. 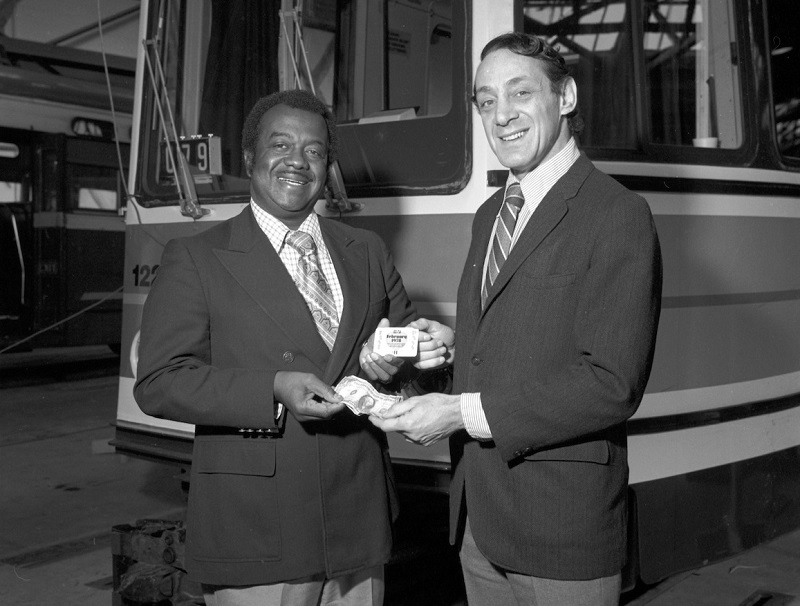 Born in Louisiana on Dec. 20, 1923, Green served in World War II before serving as a Muni bus operator for 20 years. In fact, he was one of the first operators to be named Muni Man of the Month when the award was created in the early 1950s.

By the late 1960s, Green was named the chief of inspections and the director of operations and administrations. By 1973, he became the deputy general manager, and general manager a year later, which made him the first African-American to serve in any top management post for a major transit organization.

Through his guardianship, ridership grew and the system improved significantly. Under Green, Muni began its subway operations and saw its budget grow from $40 million to $154 million — all in a span of eight years.

In a Muni press release at the time of this retirement, he was quoted as saying it was a "personal point of pride to have been instrumental in contributing to the growth of the Municipal Railway to a place of importance in the life of the San Francisco community," and "I had a ball being able to serve the city I love."

Following his retirement, Green continued to work in the transportation industry as a consultant and was active in many local and national organizations. Muni's primary rail facility was rededicated in his honor five years after his retirement, changing to become the Curtis E. Green Light Rail Center as it is now known.

Although Curtis Emile Green, Sr. died more than 14 years ago, his legacy lives on where most of Muni's light rail vehicles are housed 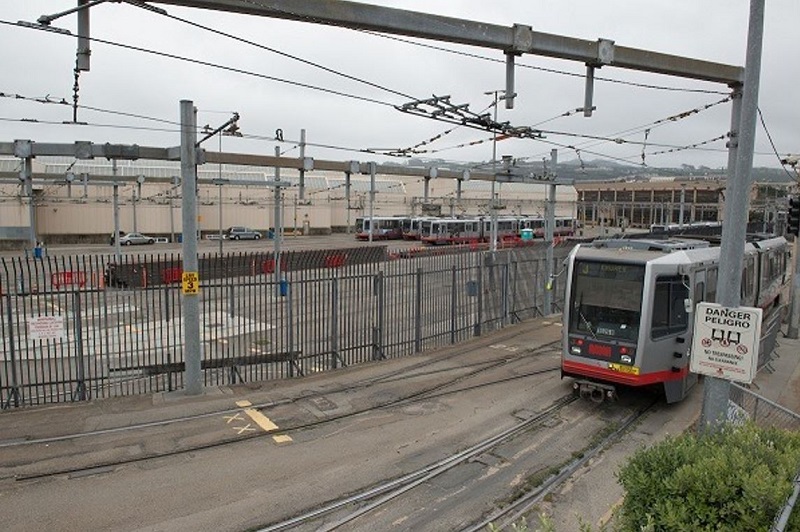 Green was a legend and a role model to those who followed in his footsteps, such as Presidio Superintendent David Banbury who knew him as a young teenager.

"I didn't understand at that time that having someone at that level talking to me meant so much. He asked how well I was doing in school and was I following my mom's directions. Those were the things that were really important to him."

Banbury began working at the agency as an intern where he would regularly pass Green in the hallways and have much of the same conversations.

"He was a big supporter and positive influence in my life," he added. "He was so approachable and had a way about him. A lot of it sticks with me today – to be accessible to those I work with."

Those years under Green were also transformative for Muni.

"In those years we went through route changes, budget challenges, the subway – all setting the future for years to come, said Banbury. 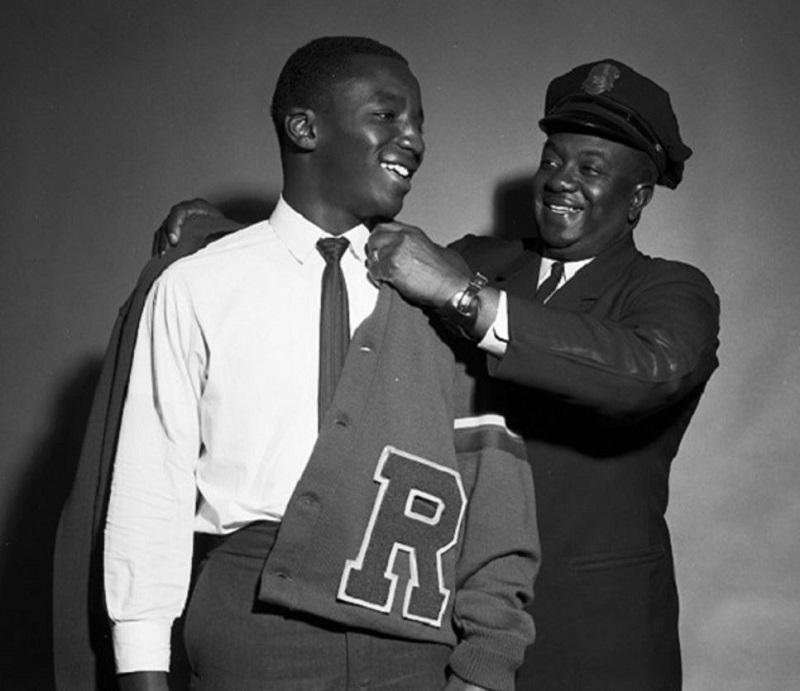 As an inspector, Green, shown right, with his son Sandy Green in a varsity jacket (Photographed for Muni Metro Newsletter Aug. 13, 1964)

Green’s granddaughter, Denise Green, recalls attending the ceremony naming him general manager when she was about 10.

"At the time, I didn't understand the impact," she said. "It wasn't until I was in high school that I realized what a big deal it was."

Growing up she recalled how he was always making sure others succeeded at the agency, hosting regular study groups at the house and offering tests to make sure co-workers would have the opportunity for advancement.

Denise Green herself has worked for the agency for 24 years, first as an operator at the Woods Division and then the Green Division, where she continued for another 10 years.

But her first real experience in San Francisco's transportation world came much earlier when she would hang out in her grandfather's office.

Today she works as a transit supervisor, a position she's held for the past three years.