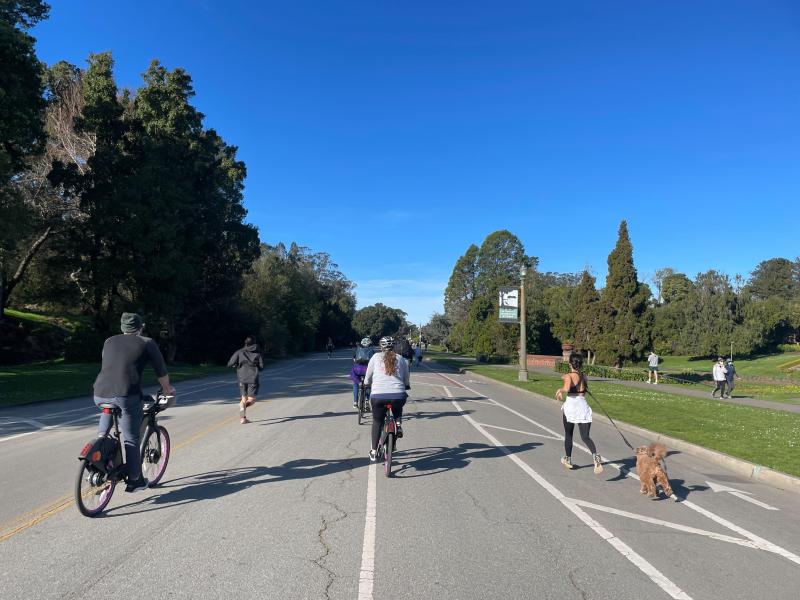 Since the San Francisco Board of Supervisors voted to keep three miles of roadway through Golden Gate Park—including the JFK Promenade—free of cars, the San Francisco Recreation & Park Department and the SFMTA project team have been hard at work implementing the over 40 programmatic efforts to support safety, equity, accessibility, and mobility in the Park.

Curious about what we’ve been working on? Read on for recent highlights:

At the end of May, the new Bandshell lot was officially completed and opened for use! The renovation opened up 20 new accessible parking spaces and four spaces for accessible vans, along with new curb ramps and direct, accessible paths of travel to the Japanese Tea Garden and Music Concourse. 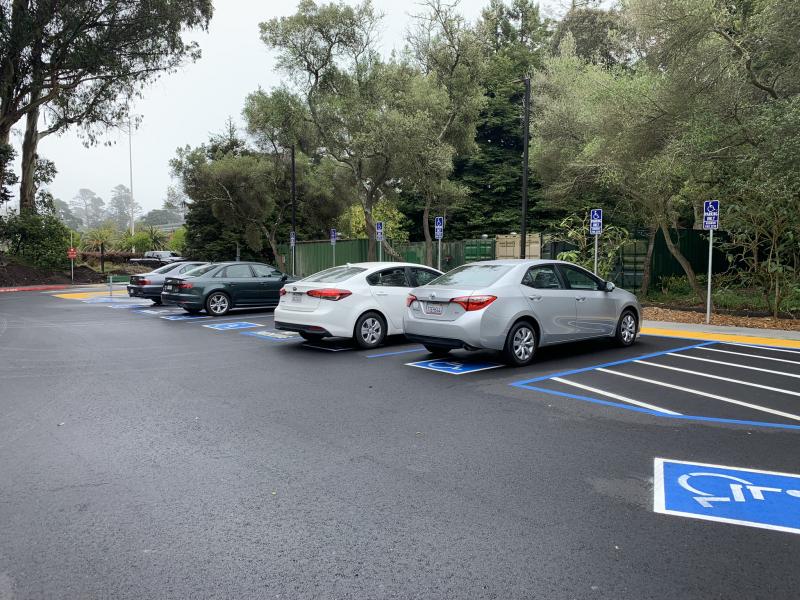 The community shuttle program rolls on

Since February 2022, Rec & Park has been running a community shuttle program in coordination with nonprofits such as the Rafiki Coalition, Network for Elders, BMagic, and Mo’Magic. Each trip, organized with a community-based organization, has included a guided tour, tickets to the SkyStar Wheel, and an emphasis on encouraging return trips to the Park with family, friends, and neighbors of visitors. Based on the success of the community shuttle program so far, more trips are being planned for the summer.

More ways to get to and from the Park

Rec & Park and the SFMTA will be installing two taxi stands in front of the Cal Academy and the de Young museum in the coming weeks. These stands will give visitors a clear space to access pick-ups and drops-offs directly in front of the museums. Additionally, Rec & Park, in collaboration with SF Travel and the Tour Guide Guild established new zones for tour buses to park near the Bowling Green so they can safely wait while tour groups visit the park.

Following the April 26 vote, Google and Apple Maps are now providing clear and accurate directions into the Music Concourse Garage, and more clearly indicating the car-free route on their respective platforms.

In the first month since the Golden Gate Park Access & Safety Program became permanent, Rec & Park and SFMTA have already made progress toward fully realizing the commitments of the program—and there is so much to look forward to. Every quarter, we’ll be sharing what’s been done to date, and what improvements you can expect to see in the near future. For now, keep your eyes out for an adaptive bikes program in the park, a new solution for traffic circulation on MLK Drive, and more!