If you build it, they will ride.

That’s the main takeaway from the new two-way bikeway along the Embarcadero, which opened earlier this year. The Embarcadero is one of the most vibrant and well-visited public spaces in San Francisco: people flock to the waterfront for Bay views, excellent food, and the popular farmers’ market. With more and more people traveling along the Embarcadero by bike and scooter, the shared-use promenade was, quite simply, getting too crowded. As part of the larger Embarcadero Enhancement Program to improve transportation along the waterfront, the SFMTA’s Vision Zero Quick-Build team recently extended the two-way bikeway between Mission and Howard all the way up to Broadway to provide more space for people traveling by bike and scooter.

Six months after the new bikeway was completed, the main question is: is it working? The answer is a resounding yes. After the bikeway was installed, most bike and scooter riders opted to ride in the on-street (protected) bikeway instead of along the promenade, according to the recently published project evaluation. Those that continued to use the promenade, the report found, rode at slow speeds. After courtesy signs were added in the area in August to encourage users to use the new on-street bikeway, usage jumped even higher—to 94% of all wheeled users using the bikeway during the weekend lunch rush! 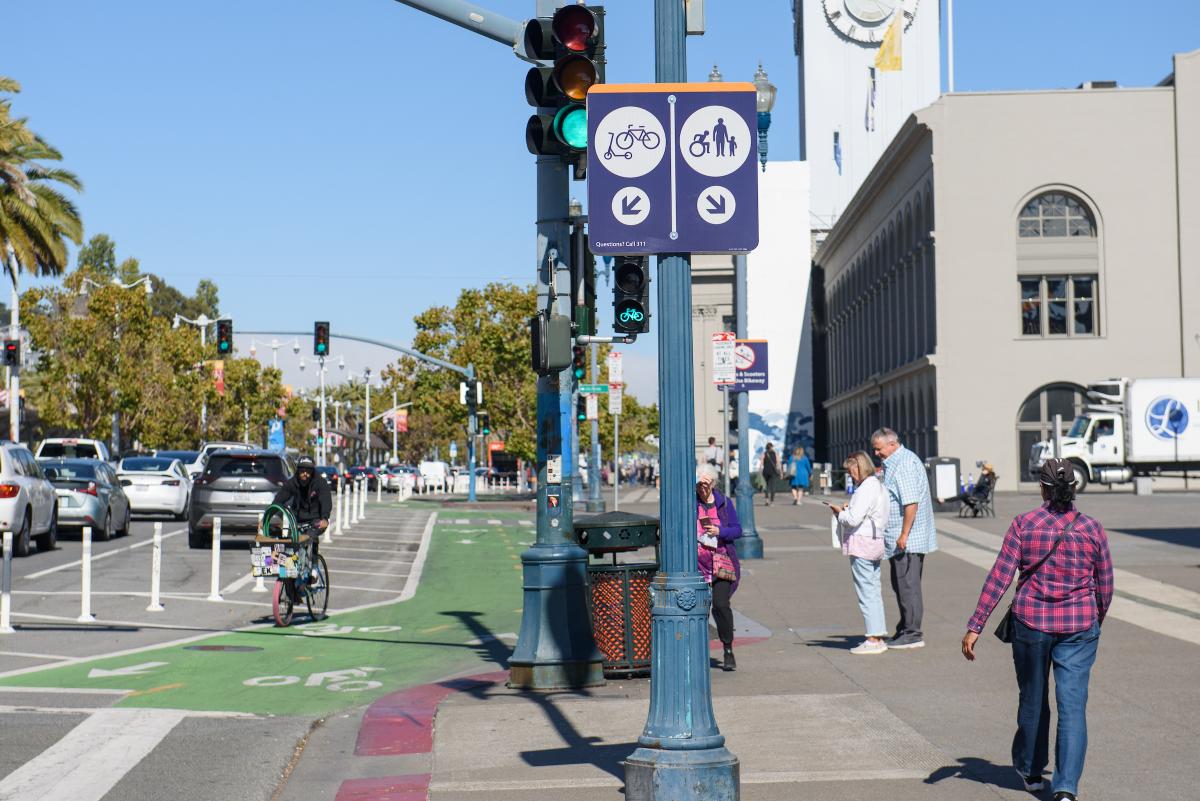 Signs posted throughout the project area direct people on scooters and bikes into the new bikeway to keep the promenade clear for people on foot and wheelchairs.

Promenade v. bikeway use for all wheeled users, pre and post implementation:

Overall, the Embarcadero promenade is now less crowded and stressful for visitors; people passing through on bikes and scooters have a calmer, more straightforward experience now that they have a safe, dedicated space to travel. There is still room for improvement when it comes to people on bikes yielding to people in crosswalks, and the project team looks forward to continuing to explore solutions with the community as part of a future phase of the project.

Speaking of community: a large part of this project’s success is due to ongoing collaboration with local stakeholders, including the farmers’ market hosted at the Ferry Building three times a week. While adding the new bikeway has required farmers’ market staff to adapt, they’ve been extremely helpful in providing feedback and working with the project team to identify solutions to vendor loading in the area. Additionally, the Ferry Building team is coordinating with project staff to identify spaces for new bike parking hubs, which will be installed in 2023 to expand parking availability in the area. For scooter riders, new regulations that took effect on November 1st limit scooter parking along portions of the Embarcadero waterfront and other popular areas, so be mindful of this guidance when planning your trip along this route. 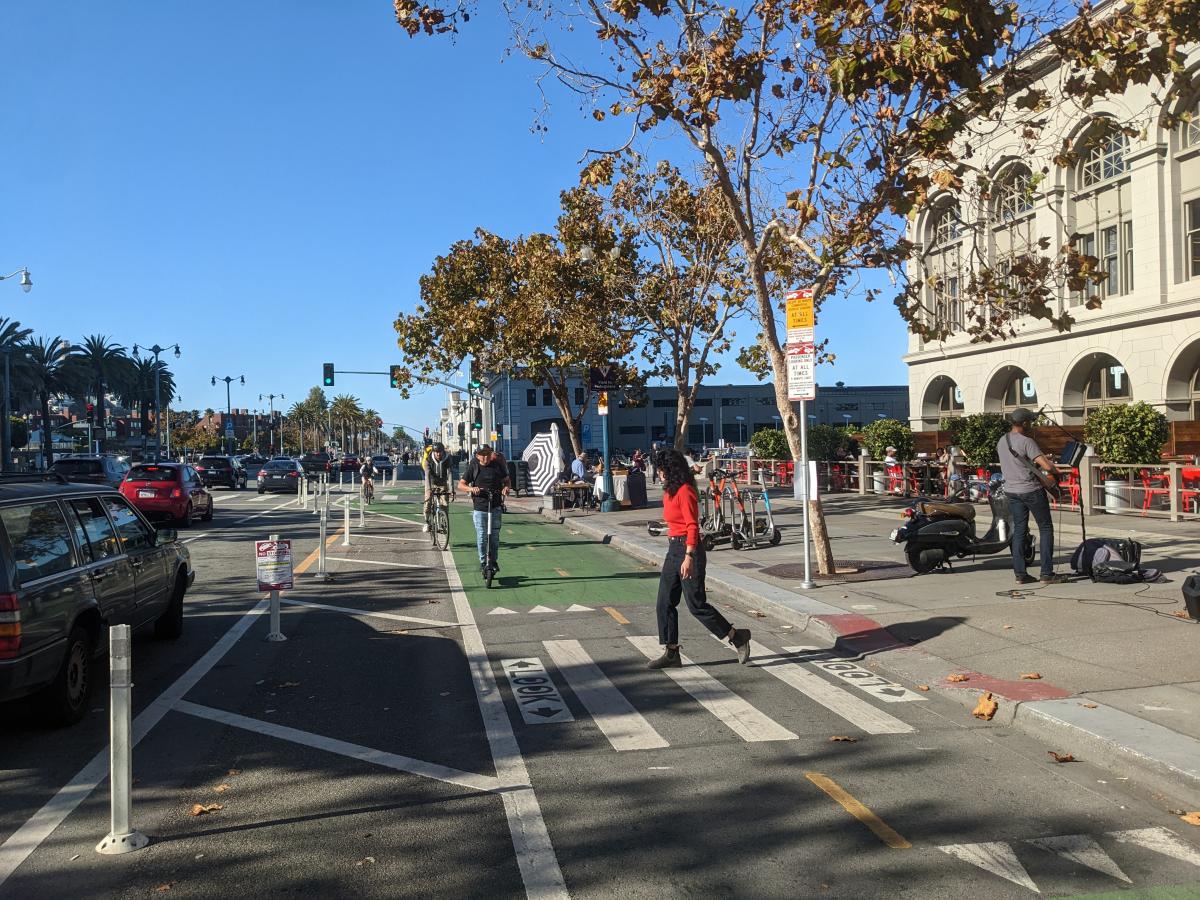 Now that the bikeway has been in the ground for six months, the project team is focused on ensuring everyone can experience a smooth trip through the area. The evaluation highlighted issues with vehicle traffic backing up near the Broadway intersection, as the project reduced the number of left-turn lanes from two to one. The community supports studying an alternative approach that would re-establish two left-turn lanes onto Broadway, and the project team aims to field test the alternative layout in early 2023 pending approval by the Port of San Francisco. The team will also use the evaluation results to help inform the Central Embarcadero Safety Project capital phase, which will extend the bikeway south for two additional blocks while making targeted upgrades to the quick-build portion of the corridor.

For now, you can find the whole evaluation report at SFMTA.com/Embarcadero--and if you’ve tried out the new bikeway in the last year, reach out to the project team [mailto:Embarcadero@sfmta.com link] to share feedback!