Skip to main content
HeadsUp: #FleetWeekSF Concert in the Castro this Thursday at Jane Warner Plaza from 5 to 6 p.m. The #FMarket will h https://t.co/QA4OQfQEsw (More: 29 in last 48 hours)
Subscribe 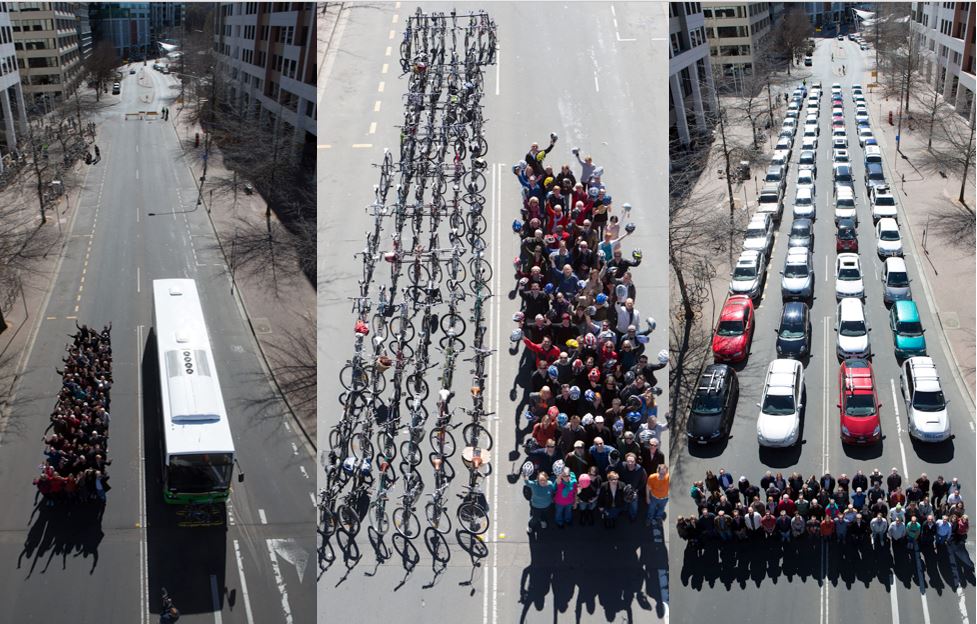 If you mostly drive to get around San Francisco, you may be wondering, “what has the SFMTA done for me lately?” San Francisco is a “transit first” city, so at the SFMTA we focus our resources on making it easier for San Franciscans to get around by public transit as well as by biking, walking and personal mobility device. While it may seem like adding transit lanes and protected bike lanes doesn’t have anything to do with driving, in fact, it does.

Since San Francisco doesn’t have room to give more space to roads, we have to change the way we use the limited space on our existing streets. (Not that adding more roads reduces traffic anyway – check out this article.) City Traffic Engineer Ricardo Oleo puts it this way: “When you have a city like San Francisco that was built with density in mind, having everyone drive is not a viable option. There’s not enough room to have that happen. It’s not geometrically possible. You’d have debilitating amounts of congestion without Muni.”

A well-designed city gives people choices. The many San Franciscans who already do choose to take Muni, walk or bike to get around are taking some pressure off the city's roadways. Imagine if everyone on the 49 Van Ness/Mission that’s zipping down the new Van Ness Bus Rapid Transit corridor were instead driving on Franklin and Gough. That would translate into another 21,000 cars in traffic on a typical day! And think about what congestion would look like on Fell Street if the hundreds of people who use the protected bike lanes there were behind the wheel of a car?

Every person who takes Muni to get to the Chase Center, their workplace or their doctor’s appointment is one fewer car on the road. So, everything we do to make Muni more appealing—whether it’s transit lanes, new buses or smart traffic signals that give transit priority —is also good for drivers.

Every person who walks, bikes or hops on an electric scooter to get to Golden Gate Park or pick up something at the local pharmacy is one fewer car that needs a parking space. So, everything we do to make it safer and more appealing to use active forms of transportation is also beneficial for the people who do need to drive to those destinations.

Reducing greenhouse gas emissions is a priority for the SFMTA and the city of San Francisco. But we realize most people make travel decisions based on their personal lives – not on San Francisco’s climate action plan. As a transportation agency, our job is to make transit, walking and rolling the best travel options for more people. If we’re able to do that, we’ll help fight the climate crisis and simultaneously improve the driving experience for people who still need to drive.