Improving the View with Public Art

We're closing out Art Week on Moving SF! We’ve transformed 50 Muni buses into galleries on wheels, showcasing the work of local artists throughout the city. So, we celebrated by dedicating blog posts this week to art and artists (with a transportation twist).

Today, we have a special edition of our Routes with a View feature, where we share some of our favorite destinations in the city and the Muni routes and lines that will take you there. 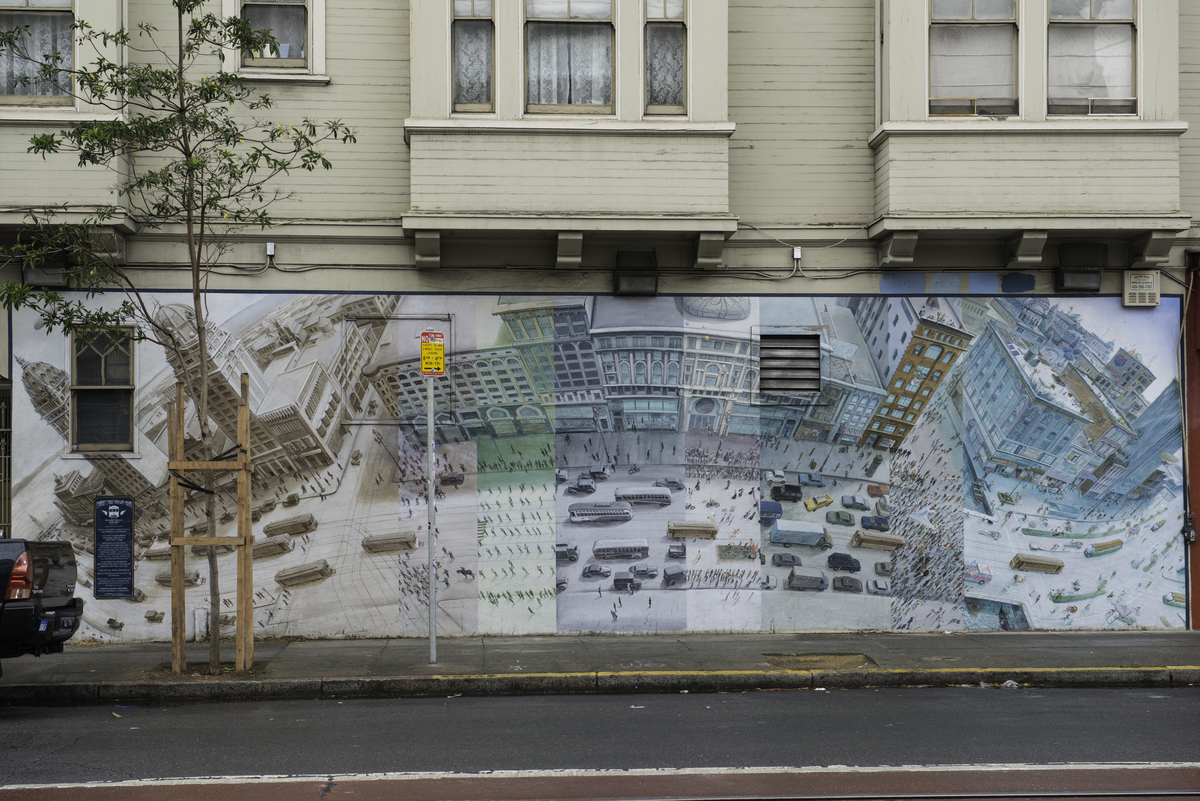 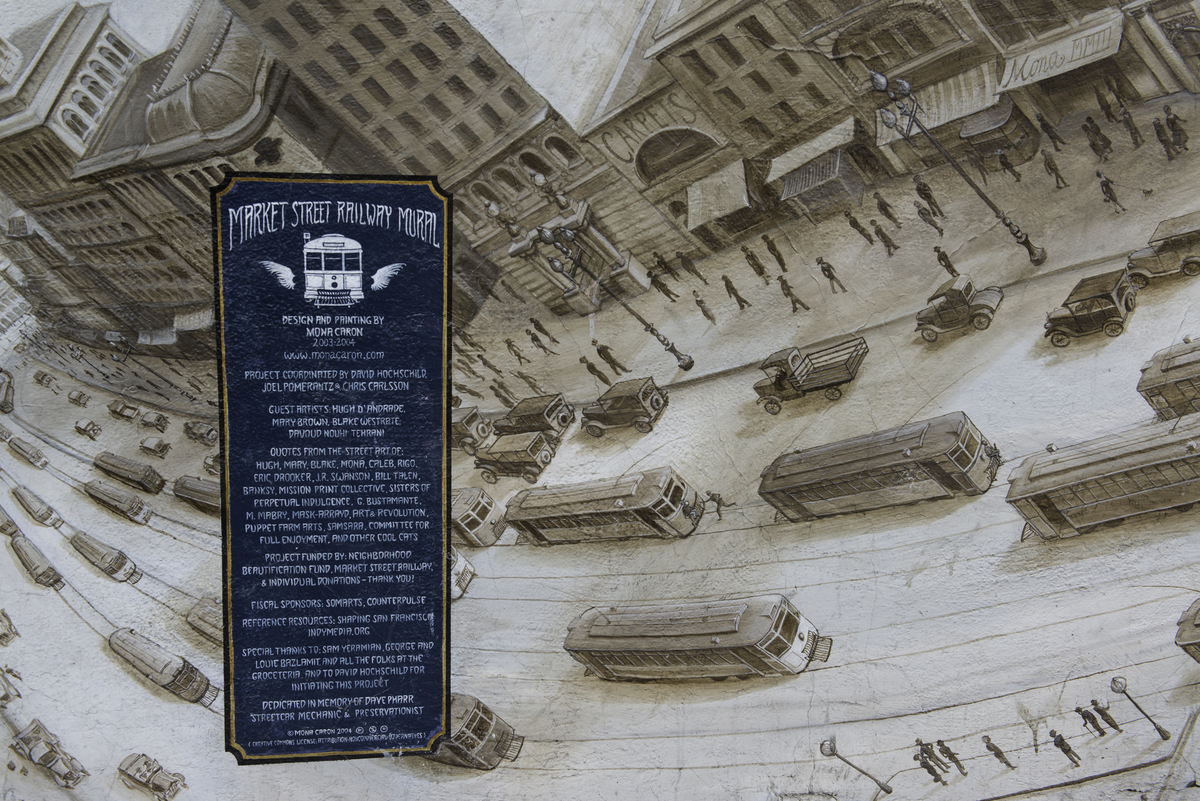 The first, sepia-toned section of the mural depicts Market Street in the mid 1920s during the transit period nicknamed "The Roar of the Four," named for its four sets of tracks that carried a constant stream of streetcars.

As the SF Mural Arts website points out, San Francisco is a virtual outdoor art gallery where city walls are transformed into an artist’s canvas and unremarkable sites become public works of art. As we celebrate Art Week, we thought we’d show you one of our favorite murals, The Market Street Railway Mural, located at 300 Church Street. Created by artist Mona Caron, this sprawling homage pays tribute to the city’s historical past and to the wide range of uses that a vibrant urban public space can and should accommodate.

How to get there 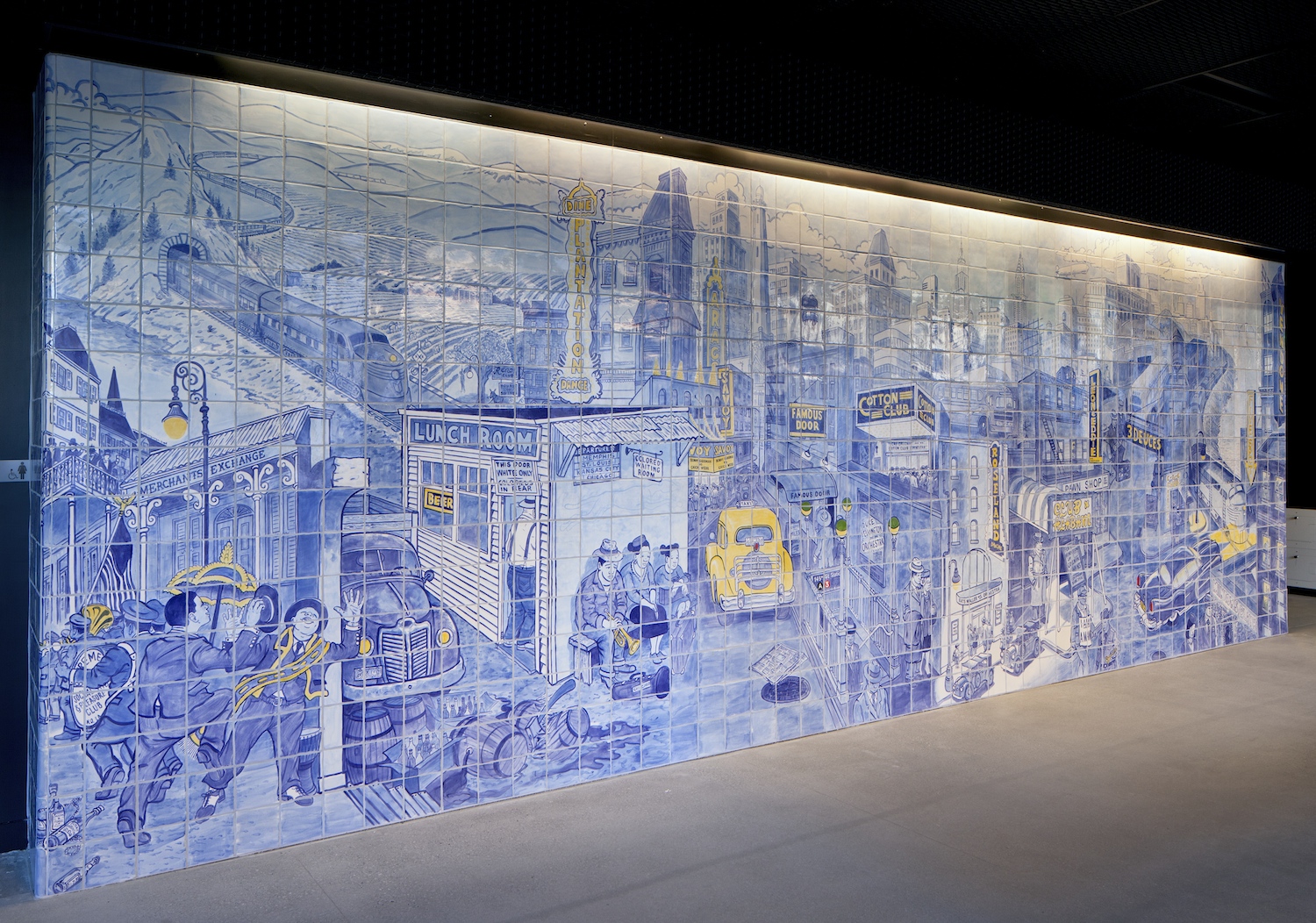 "Jazz and the City," one of three murals located inside SF JAZZ at 201 Fillmore Street.

The new SFJAZZ Center at 201 Franklin Street is another location that features multiple murals -- three of them -- created by Los Angeles-based artist Sandow Birk and Oakland native Elyse Pignolet. Two of the murals are in public view in the upstairs lobby including the mural below, Jazz and the City, featuring iconic locations of early jazz venues in San Francisco.

How to get there

Once again, your best bet is to take any Muni Metro Line to Van Ness Station; from there it's a five-minute walk to 201 Franklin Street.