An Inside Look at Geary Bus Rapid Transit

Earlier this month, we partnered with the San Francisco County Transportation Authority to host the Geary Corridor Bus Rapid Transit (BRT) public comment meeting. The public comment meeting is part of the public review process for the Draft Environmental Document featured last month on this blog. More than 160 people came to the meeting to learn more about the project and submit comments.

Attendees had the opportunity to discuss the project one-on-one with staff stationed at display boards and large-format scroll maps illustrating the proposed changes in the staff-recommended alternative. The scroll maps, divided into five sections, stretched over 32 feet long! The maps showcased all of the proposed changes in the staff recommended design from the Outer Richmond to Downtown. 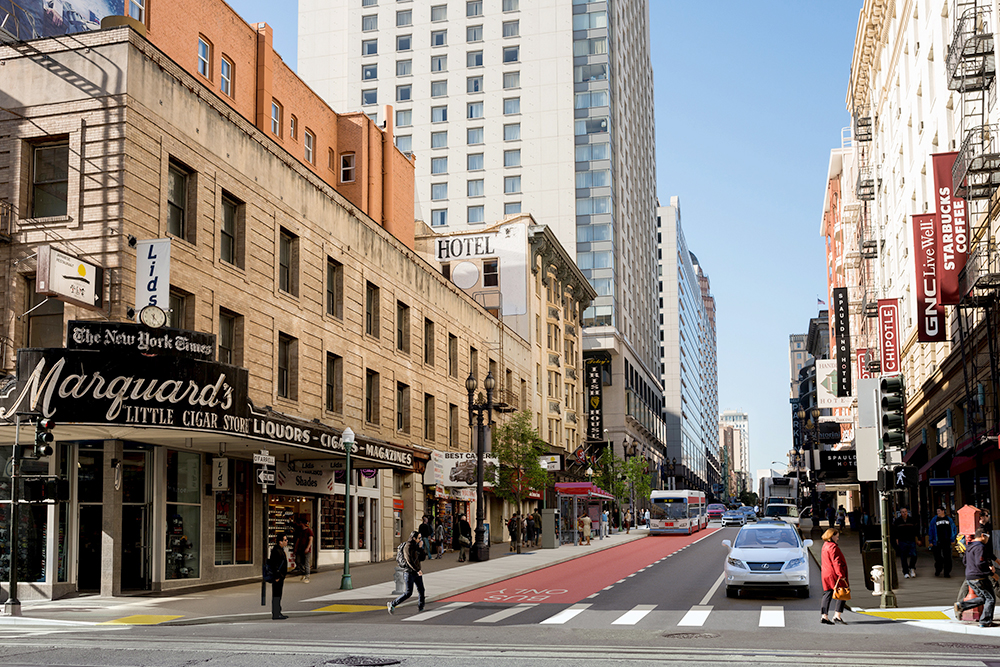 This rendering of O'Farrell Street, which will also see improvements in this project, and more visualizations are available on www.gearybrt.org.

Overall, the recommended design is a cost-effective way to improve bus service along the corridor for its 55,000 daily Muni riders, cutting 10-15 minutes from travel times and increasing reliability by 20 percent.

Additionally, new landscaping and streetscape enhancements will be incorporated into a number of these features to make the street safer and more pleasant, so it feels less like an expressway. 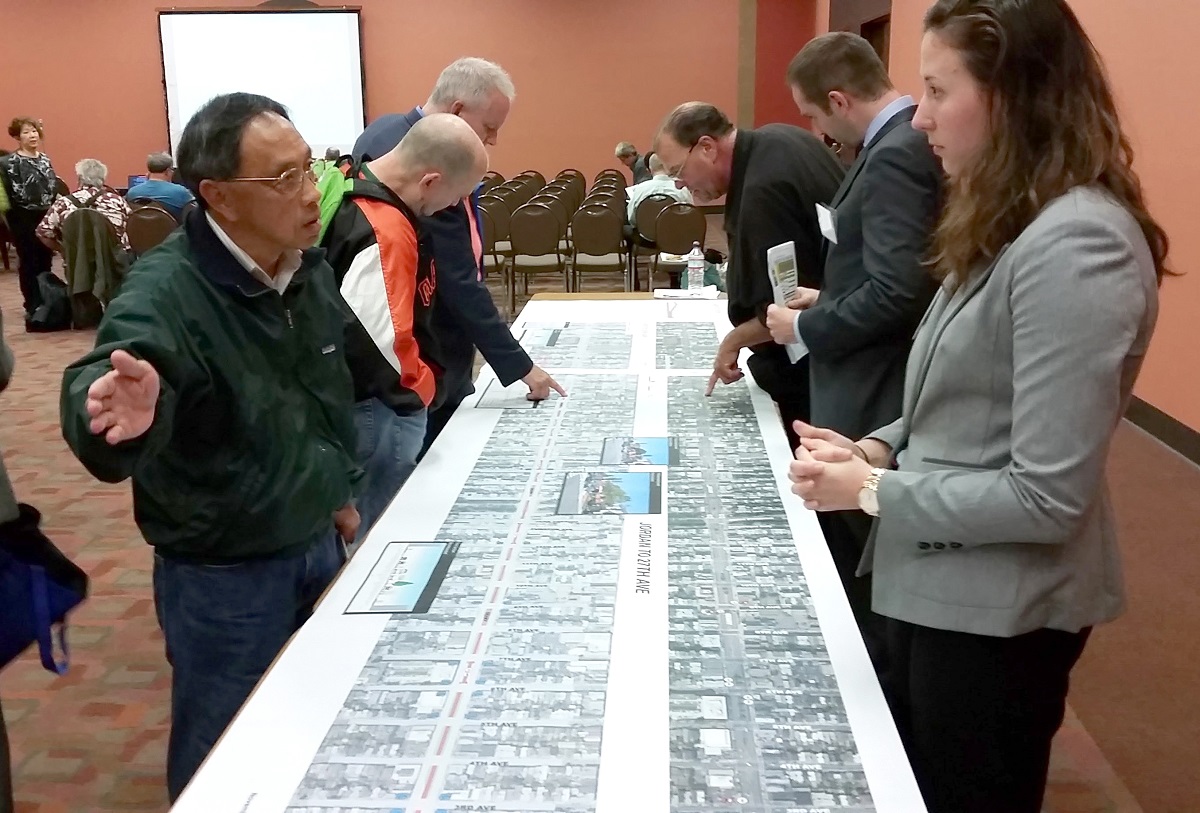 The project team was on hand on Nov. 5 to discuss the Geary BRT project and answer questions.

Extension of the Comment Period: Submit Your Comment Today!
Since releasing the Draft Environmental Document, the project team has received more than 200 comments on the project and will respond to all of these comments in the Final Environmental Document, scheduled to be released this summer. After that, the SFMTA Board of Directors and SFCTA Board of Commissioners (which consists of the San Francisco Board of Supervisors) will consider taking action to select the preferred alternative that will move forward into detailed engineering design and construction.

There’s still time for comments! The comment period was recently extended to November 30, and we encourage anyone interested in the project to review the chapters from the Environmental Document that interest them and submit feedback. For more information on how to view the document or submit a comment, see the previous Geary BRT Blog Post or visit: www.gearybrt.org.