Skip to main content
ATTN: #SFPD activity on Sunnydale near McLaren Park. OB 9 will reroute via Velasco to Castillo back to IB route. St https://t.co/t9R5FcEXZu (More: 5 in last 48 hours)
Subscribe
Information Gladly Given

A Little Help from Our Friends: You!

Many drivers avoid Downtown San Francisco as much as possible, but that still seems to leave plenty of folks driving through our congested streets. Clogged streets not only seriously damage a driver's good mood, but also drag down Muni's travel time and reliability.

One highly effective method of keeping Muni going is SF’s transit-only lanes. An important feature of these lanes is our enforcement program that uses cameras mounted to the front of Muni buses. These specialized cameras can see the license plates of other vehicles right in front of the buses. Parking citations are issued from the video that the cameras record as the buses travel through the transit only lanes. Parking Control Officers use that video to issue the citations.

You can help by not driving (or worse, parking!) in these lanes. The goal is to keep the streets moving, not issue citations. The Transit-Only Lane Enforcement program started in 2008 and has been very successful. The number of repeat violations has gone down. Fewer people are committing the violations and the drop in the frequency and severity of delays means improved Muni reliability. The lanes also make our streets safer by keeping buses from having to stop or unsafely maneuver around parked cars.

Additional help is coming from Assemblyman David Chiu, who today announced his legislation to keep the TOLE program going and to improve it by including the ability to cite for other violations that slow down Muni, such as "blocking the box" violations at congested intersections and driving in designated transit-only lanes.

The potential benefits of this legislation are real. With 26 miles of transit-only lanes that serve bus routes carrying more than 160,000 trips on an average weekday, our transit-only lanes are a low-cost tool that can ease congestion and keep Muni moving.

Read the full announcement here. You can learn more about our efforts to improve Muni at MuniForward.com. 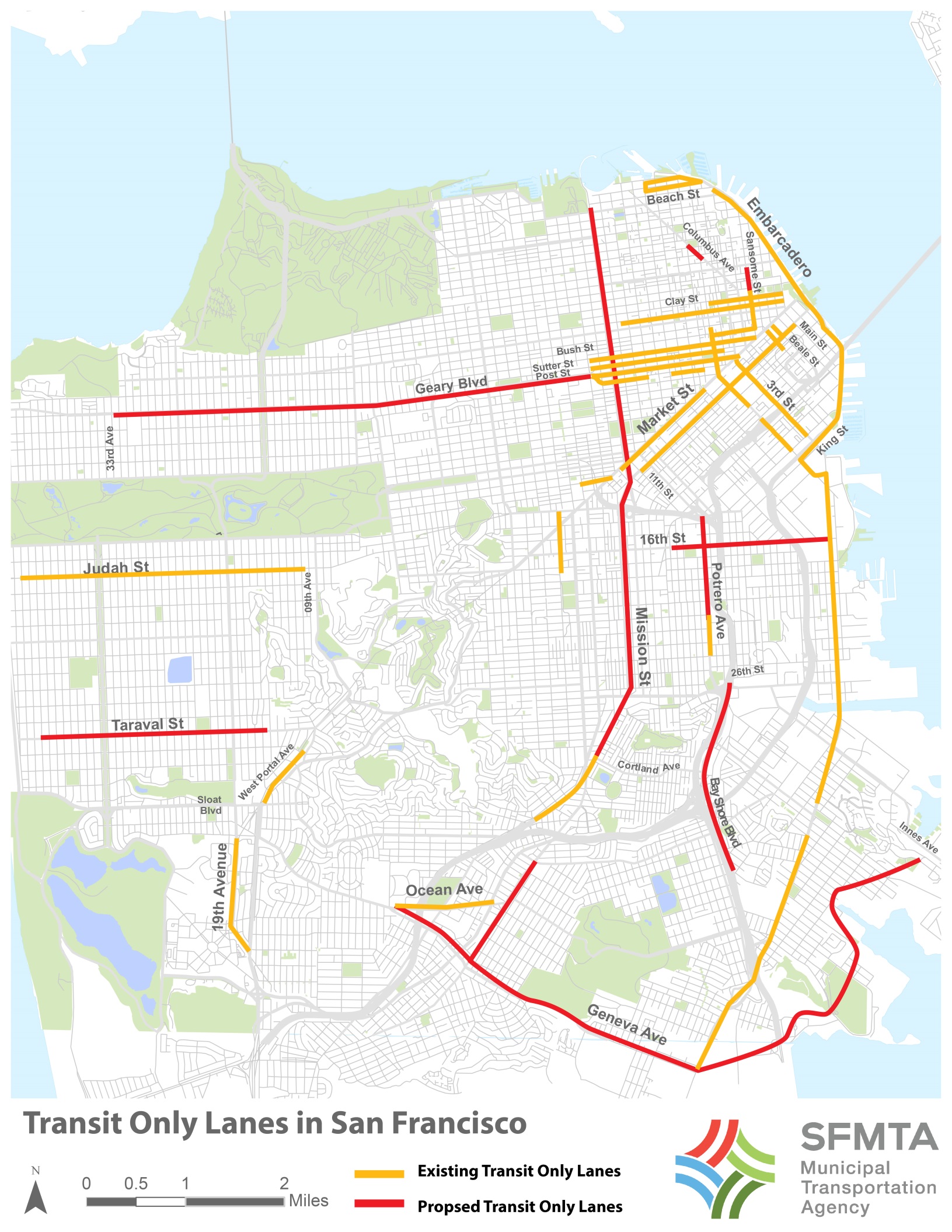