LRV4: What You Need To Know 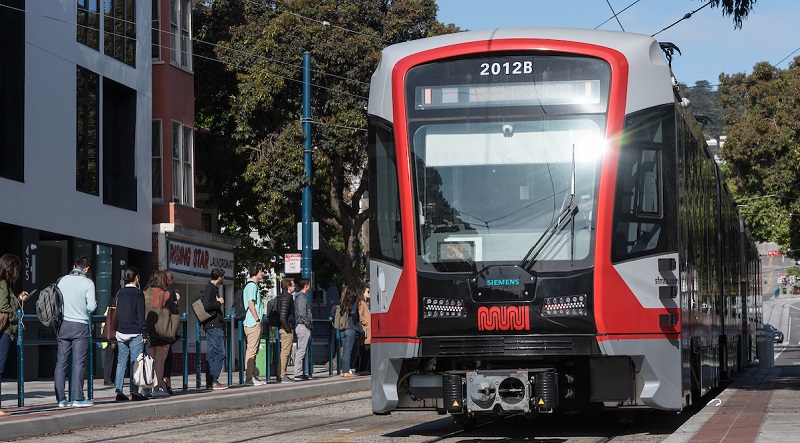 On behalf of the SFMTA, we want to inform the public of the steps that we are taking to assure the safety and reliability of our new fleet of Muni light rail vehicles.

In light of an incident where a woman got her hand stuck in the train’s rear door, we have been working to conduct additional tests to review the safety of the doors. Yesterday, after performing a number of safety tests on our doors, we found that while all the doors passed safety standards, the single-pane doors at the front and rear were not as sensitive as we believe they should be while operating in service.

The safety of the City’s transportation system will always be the SFMTA’s top priority. The Siemens LRV4 doors were tested extensively prior to entering service to ensure that they comply with American Public Transportation Association (APTA) industry safety standards and were certified for revenue service by the California Public Utilities Commission (CPUC).

Out of an abundance of caution, we immediately put into place a series of measures, which were also reviewed by CPUC staff:

We will continue to work with our partners at Siemens and with the CPUC to explore additional safety modifications to ensure that the doors and other aspects of the train function in a manner that is both safe and reliable.

Finally, we want to remind customers to avoid holding the doors open in any way. Preventing the doors from closing can damage the door mechanism and it can also be dangerous. Train doors are the Achilles heel of any light rail vehicle and broken doors account for nearly a third of Muni vehicle-related delays on the older Breda fleet. Customers should always stand clear of the yellow safety zone to allow operators to see down the length of the platform.