On Tuesday, January 14, Mayor London Breed officially welcomed small-business owner Manny Yekutiel as one of two new members of the SFMTA Board of Directors. The appointment fills the sixth of the seven SFMTA board positions.

Yekutiel is currently the owner of Manny's, a restaurant, bar, coffee shop, political bookstore and civic social gathering space built at the corner of 16th and Valencia in the Mission district. He is also a member of the city's Small Business Commission and board member of the Valencia Corridor Merchants Association. 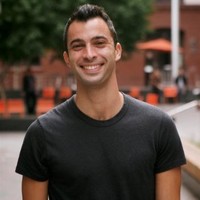 "I'm excited to nominate Manny Yekutiel to serve on the SFMTA Board of Directors," said Mayor Breed in a tweet. "He knows how to bring people together, and I am confident in his ability to bring a fresh perspective to the Board and represent the needs of SF small businesses and residents."

In Mayor Breed's press release he was quoted saying, "I am deeply humbled and honored to be considered to serve the City I love as a member of the board of the SFMTA."

"Mobility is freedom and it's my belief that a City like ours should aim to create access to that freedom to everyone, everywhere. Our transportation system can and should do that. The relationship between our transport system, streets, workers, and small businesses has never been more important. I've seen firsthand how decisions made by the SFMTA, in the case of temporarily closing streets to cars, has given small businesses a fighting chance to survive this crisis. If given the opportunity to serve, I promise to be a fierce advocate for all San Franciscans and will bring my perspective and my passion as a small-business owner to the Board."

According to his profile in Milken Scholars, Manny's was awarded Small Business of the Year by the California State Senate and has been featured in The New York Times, Rolling Stone magazine, and the San Francisco Chronicle during its first year in business. The business has served more than 55,000 cups of coffee and tea, hosted over 500 civic events for the community, including over 150 local nonprofits and 17 of the 2020 democratic presidential candidates.

The restaurant is run by the nonprofit Farming Hope, which runs an apprentice program for formerly incarcerated and formerly homeless individuals and places them into full-time employment.

Before founding Manny's, Yekutiel was the proprietor of ESY Strategies, a political and philanthropic consulting organization.

Born in Los Angeles, he worked for President Barack Obama's 2012 reelection campaign and Hillary Clinton's presidential campaign during 2015. As a San Francisco resident since November 2012, he is part of the area's active Jewish community.

Yekutiel earned a Bachelor of Arts degree in political science from Williams College and was honored as one of the leaders under 30 years old in field of law and policy nationwide by Forbes magazine in 2015.

Twice monthly the agency's board of directors meet at City Hall to discuss and provide policy oversight for safe and efficient transportation in San Francisco in accordance with the city charter and the Transit First Policy.

This seven-member board, appointed by the Mayor and confirmed by the San Francisco Board of Supervisors, typically meets on the first and third Tuesday of each month at 1 p.m., unless otherwise noted. Meetings are open to everyone and are streamed live through SFGovTV. Additional information such as agendas, resolutions and legislation passed by the Board can be accessed through our public-facing website, SFMTA.com. 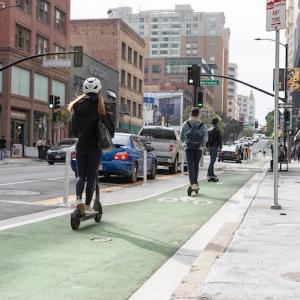 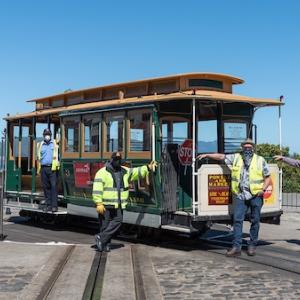 An Update on Cable Cars and Muni's Historic Fleet 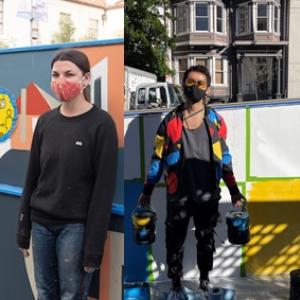