Skip to main content
UPDATE: Delay on 22nd btwn Kirkham and Lawton has cleared. The IB 7 is resuming regular route. https://t.co/U5IA5Cfr6A (More: 4 in last 24 hours)
Subscribe

Today the SFMTA Board of Directors heard an update on the new N Judah shuttles that launched last month. Our extra inbound N Judah trains that start in Cole Valley reduce morning commute pass-ups by about 63 percent.

The extra trains, called Cole Valley or Hillway shuttles, are helping to keep the morning commute on our busiest line moving. Muni operations staff have been tracking the changes to see how well they work.

When we announced the launch of the shuttles last month, we explained that even with other recent improvements, commuters boarding in the Inner Sunset, especially Cole Valley, often could not board trains because they were too full. The findings from our study show that they’re making a big difference. 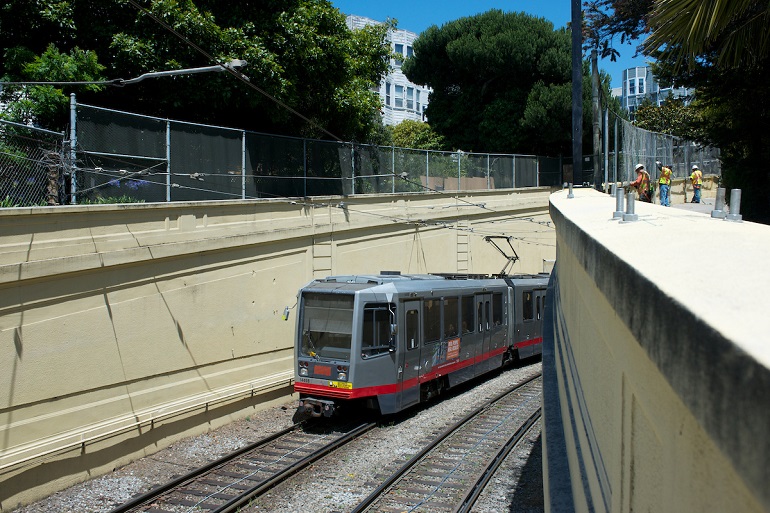 The improvement on pass-ups due to full vehicles is now trending in the right direction and means that customers can get on their way when they need to. 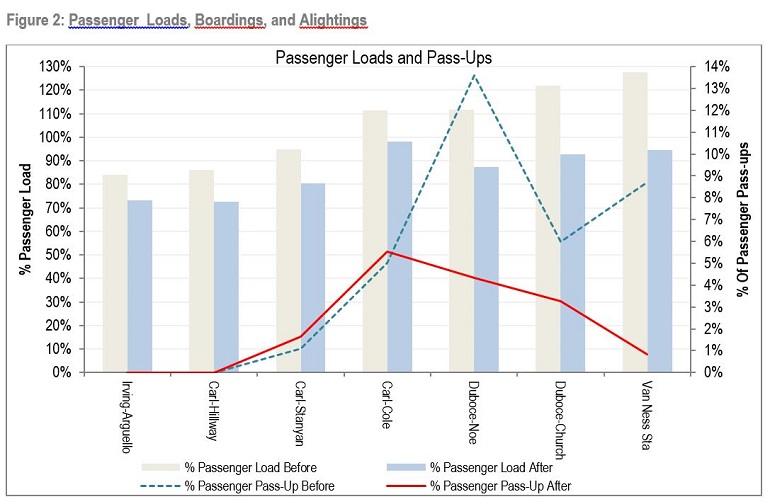 Here’s a little more on the findings from the study:

Of course the best finding is the customer feedback: 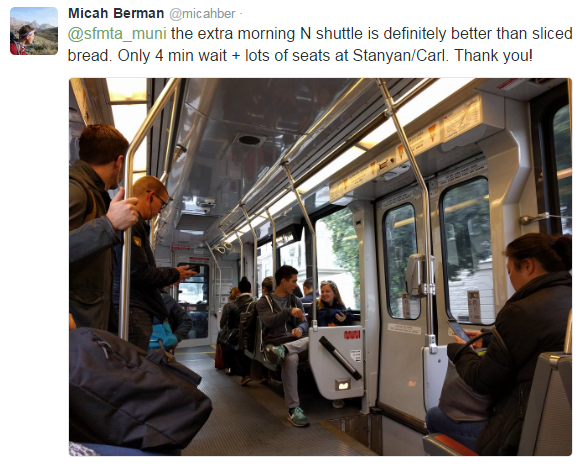 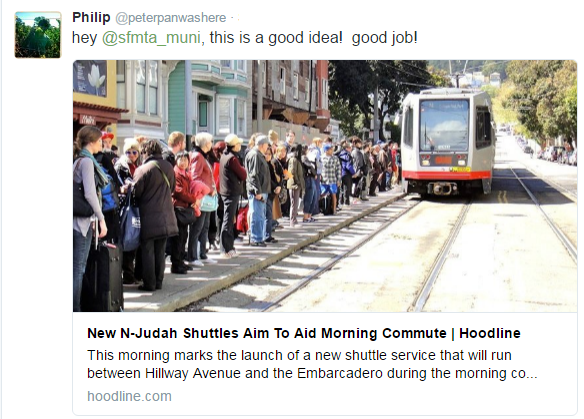 How the new shuttles work

Each morning weekday rush hour (between about 8 a.m. to 9 a.m.), two additional trains are scheduled to depart their yard and head straight to the start point at Carl and Hillway. They then start service inbound to Embarcadero Station, where they turn back and repeat the process.