Share this: FacebookTwitterEmail
By
Rachel Hyden (no longer with the SFMTA)
Tuesday, July 26, 2016

The 5 Fulton and 5R Fulton Rapid see 22,000 daily boardings combined, making it one of Muni’s busiest bus corridors. The 5R is also part of Muni’s Rapid Network, which means it's a priority route for Muni Forward upgrades like frequency increases and new street design features to improve reliability. 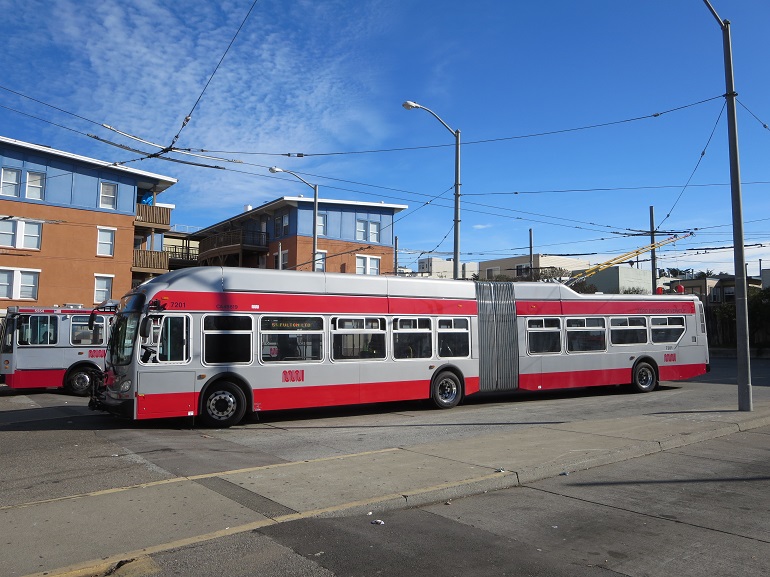 Since 2009, the improvements we've made to the 5 Fulton have really added up:

The 5R is a popular route. Even with the additional buses added to the line in 2015, crowding is still an issue. By using bigger buses on this crucial crosstown route, we'll provide customers nearly 50 percent more capacity on each bus.

Several Muni Forward capital improvements are also in the works along the route. New traffic lights and transit bulbs are currently under construction on Fulton between 25th and 46th avenues, which will further reduce travel time on the 5 and 5R while also making it easier and safer to get on and off the bus. Coming in early fall, the 5 Fulton Rapid Project will begin rolling out. This includes new traffic signals, traffic circles and pedestrian safety improvements on Fulton and McAllister between Cole and Larkin.

We want to know how these improvements are working for you, so tell us what you think at TellMuni.com.