We announced our plans last week to launch our biggest set of service improvements yet to boost frequency, reduce crowding, and connect people to more destinations.

There’s a lot of information to take in about the changes, which start April 23. So today we want to dive into the details on some of the changes to route alignments coming to the 28R 19th Ave. Rapid, the 35 Eureka and the 18 46th Avenue. We also wanted to clarify that the 2 Clement will not see any route alignment changes in this round of improvements. 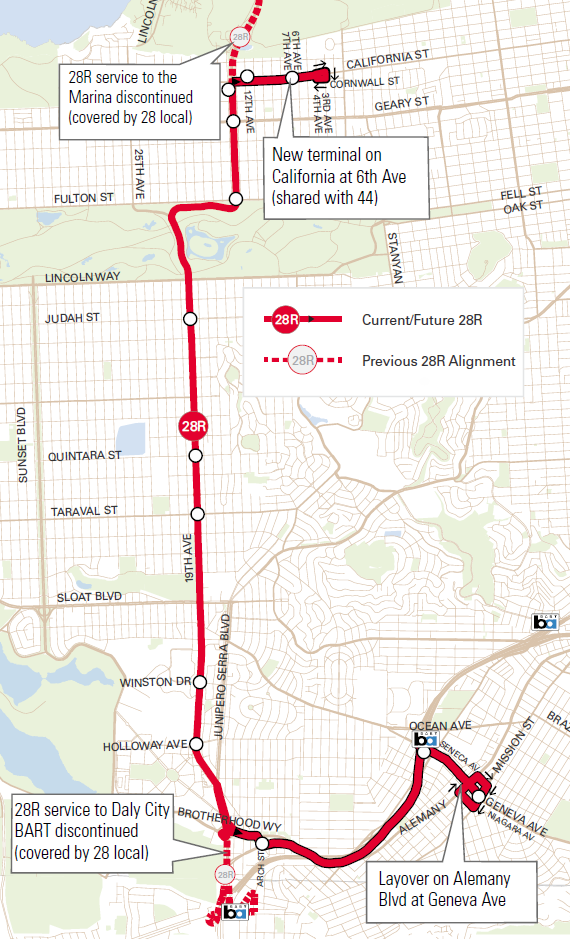 The 28R 19th Ave. Rapid is getting revamped to provide better north-south service between the western neighborhoods, running between the Richmond District and the Excelsior District. The 28R will also have extended hours, running Monday through Friday from 7 a.m. to 7 p.m. – every 10 minutes. With this updated route, the 28R will provide a single connection between the Inner Richmond, the Inner Sunset, Parkside, Stonestown, SF State University and Balboa Park Station, terminating at Mission Street and Geneva Avenue.

The trip on the 28R will also be quicker, as it will no longer make stops at Sloat Boulevard or Lincoln Way. Based on community input, a new stop will be added at Alemany Blvd. and Arch St. to better serve the Merced Extension and Ingleside Heights neighborhoods.

We heard loud and clear that the 35 Eureka needs to connect to Glen Park BART station – and now it will. 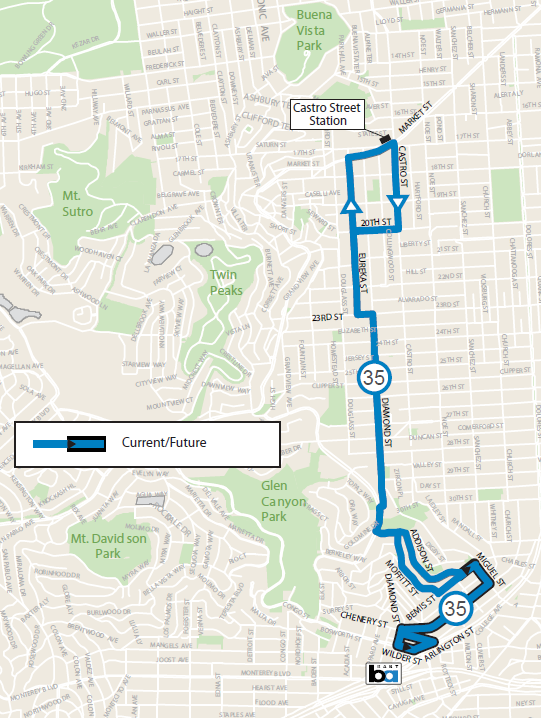 With other connections to the Castro Muni Metro station and the 23 Monterey, 36 Teresita, 44 O’Shaughnessy and 52 Excelsior routes, the 35 will now put you in reach of the whole city and beyond. Plus, it will run more frequently during commute hours, increasing from every 30 minutes to 25 minutes in the morning, and 15 minutes in the evening.

The 18 46th Ave. will get a small route tweak that will make a big difference for the community. Based on feedback on the route modification we made in September to provide a more direct connection to 19th Avenue,  we’re making an adjustment to better serve destinations on the northern section of Skyline  and Lake Merced Boulevards. 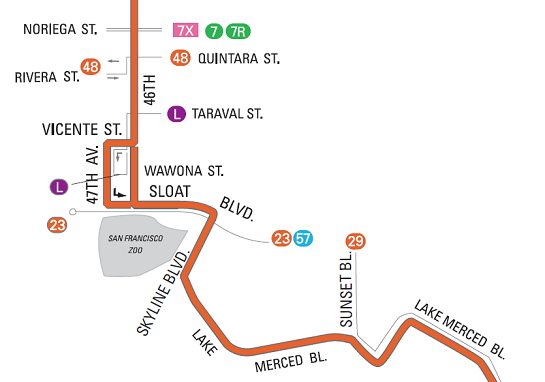 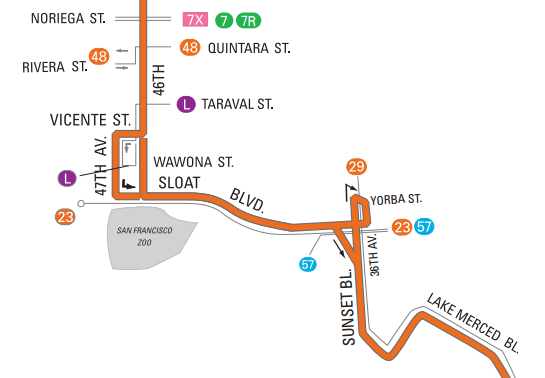 The 2 Clement will not see any changes to its route alignment in this round of improvements, but it will see added service on part of the route – electric trolley buses will provide additional service between the Ferry Plaza and Presidio Avenue. and California Street. Existing 2 Clement service will not be affected (except that there may be less crowding due to the added service).

We wanted to help clear up any confusion between this additional service and a possible future change to the 2 Clement alignment approved in March 2014, which is on hold until we conduct further community outreach. Under that plan, the route would be moved off of Clement Street on to California and turn back at 8th Avenue, which would allow the route to be served by electric trolley buses.

Let us know what you think about the route changes at TellMuni.com.