Skip to main content
Reminder: To help reduce the spread of Covid-19, transit should be used for essential travel only. Staying at home https://t.co/k8XeSkhRww (More: 10 in last 24 hours)
Subscribe
Transit Tuesday

Today we’d like to share with you some Muni music – music about Muni, recorded on Muni, by a Muni rider! Recently our friends at Muni Diaries featured “BeeBee on the Bus," created by the artist JW Friedman and released in 2012 – a hip-hop album partly inspired by our very own Muni transit system.

“BeeBee on the Bus” paints the picture of a typical commute on Muni but offers a fresh perspective by adding a high amount of energy and intensity that you might not typically associate with public transportation. The next time you’re waiting for the bus in the rain, play the track “The Bus is Late," and the chants of “Waiting for the bus in the rain!” will undoubtedly lift your spirits. The track, “I’m on the Bus” puts the listener in BeeBee’s head as he picks up small details of the people accompanying him on his bus journey.  BeeBee’s love for public transportation goes beyond his daily commute. The song “DnB” tells us that the bus is a recurring theme in BeeBee’s dreams, and the song “A Girl Who Loves Buses Too” makes it clear that BeeBee will find his soulmate on the bus.

Friedman draws inspiration from the Twitter user @beebee880, who tweets out photos and bus-related status updates to his 12,000+ followers. Friedman told Muni Diaries, “I found it strangely endearing, so in a lot of ways, this was an attempt to channel that mindset, that sort of excitement about something as commonplace as public transit.” Beebee880’s tweets such as, “I’m on the bus!” and “The bus is late," even double as track names on the album.  In those two tracks, Friedman chooses a deceivingly simple track title only to surprise the listener with high intensity, upbeat lyrics.

Interesting fact: To recreate the atmosphere of riding on the bus in the album, Friedman recorded the background audio while riding Muni, capturing the safety announcements over the PA system and the general ambience of the buses. Friedman told Muni Diaries that, “the process of riding around town waiting for the ‘perfect moment’ to capture became a small obsession for me over the course of a couple weeks. So I kind ended up channeling that excitement about transit in a lot more ways than I expected.”

If you’ve ever ridden on Muni, you’re sure to enjoy “BeeBee on the Bus”. Click here to listen or go to the full album page. 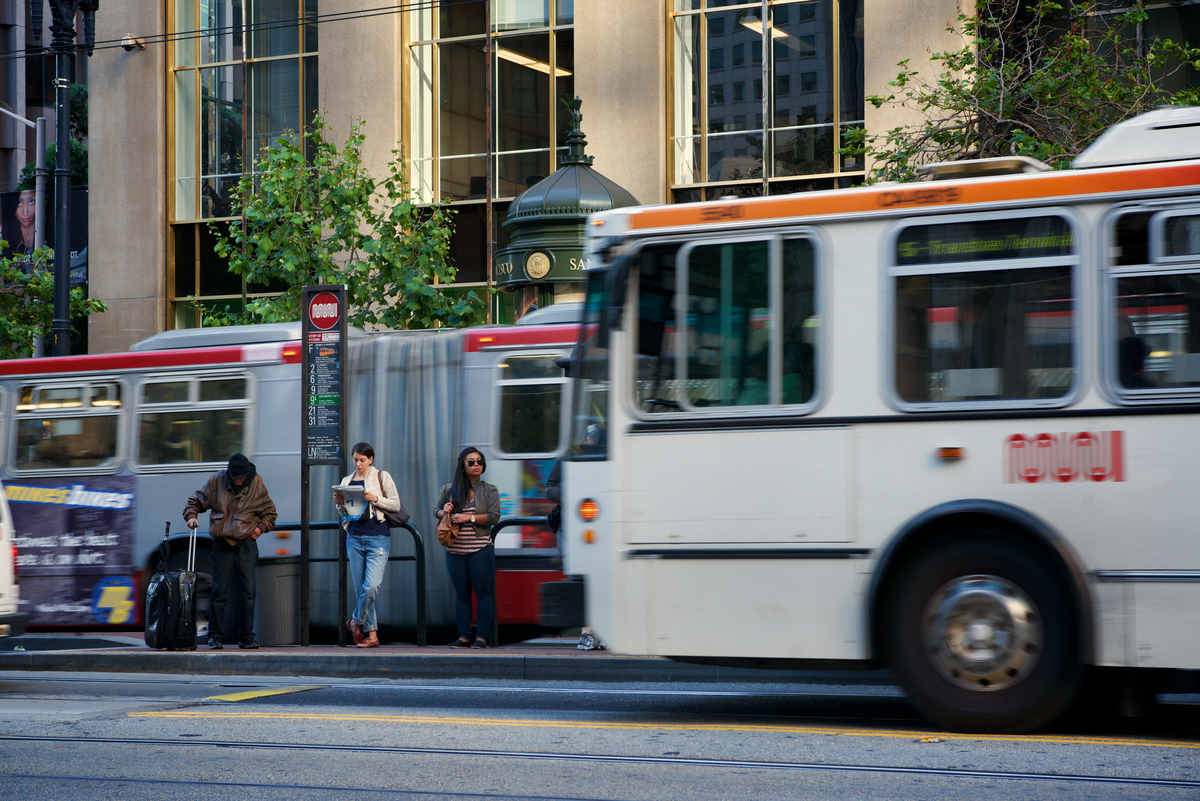