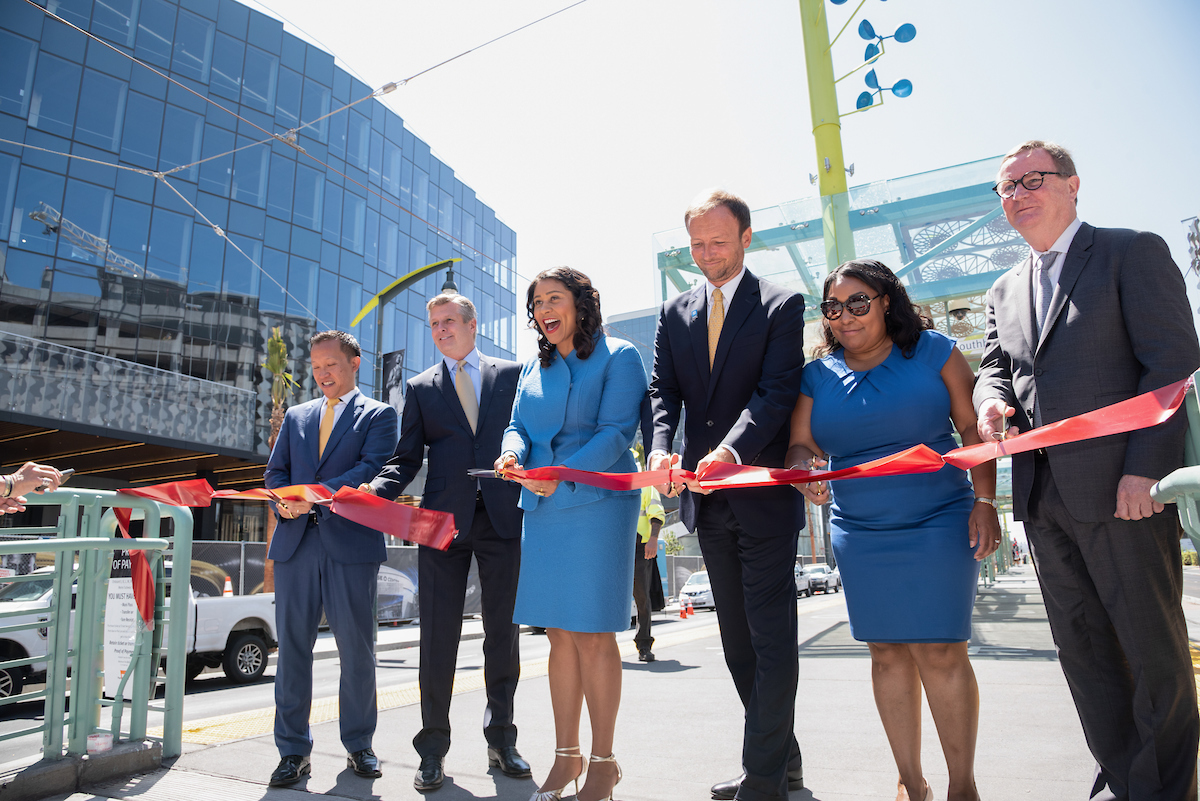 Today we celebrated the opening of the new University of California, San Francisco (UCSF)/Chase Center Muni Platform in Mission Bay. In anticipation of the new Warriors’ Chase Center and the growth in jobs, housing, healthcare and retail in the neighborhood, the SFMTA constructed a new center platform along 3rd Street between South St., now named Warriors Way, and 16th Street. This new, larger platform will service both inbound and outbound trains and will greatly expand transit capacity in preparation for large crowds.

The larger size of the new and improved platform will accommodate 700 patrons at a time and will enable four, two-car trains to load simultaneously during events. When needed, the platform will allow trains to depart inbound from both sides of the platform to connect customers quickly to BART and Caltrain.

With the recent growth in Mission Bay, public transportation options in the area have become a growing concern for the community. Once the Chase Center opens in September, the best way for patrons to get to a concert or event will be to take transit and avoid traffic and the cost of parking. We are working in partnership with the Golden State Warriors to ensure that Chase Center patrons can get to and from events with minimal impact on residents, merchants and employers in Mission Bay and the surrounding neighborhoods.

In order to accommodate the new platform, we widened the Muni tracks and installed new overhead wires to power the trains. Additionally, we updated the utility lines and street lights and upgraded the nearby traffic signals.

Last month, Mayor Breed announced a partnership between the Warriors and SFMTA to create a “Transit Bundling” program, in which all event tickets will serve as Muni tickets for event patrons. Under the deal, the Warriors have agreed to pay for the Transit Bundling program. San Francisco will be one of the first cities in the world to offer Transit Bundling to Chase Center event attendees.

For more information on transportation options to Chase Center, visit our project page.