Skip to main content
ATTN: #SFPD activity on Sunnydale near McLaren Park. OB 9 will reroute via Velasco to Castillo back to IB route. St https://t.co/t9R5FcEXZu (More: 5 in last 48 hours)
Subscribe 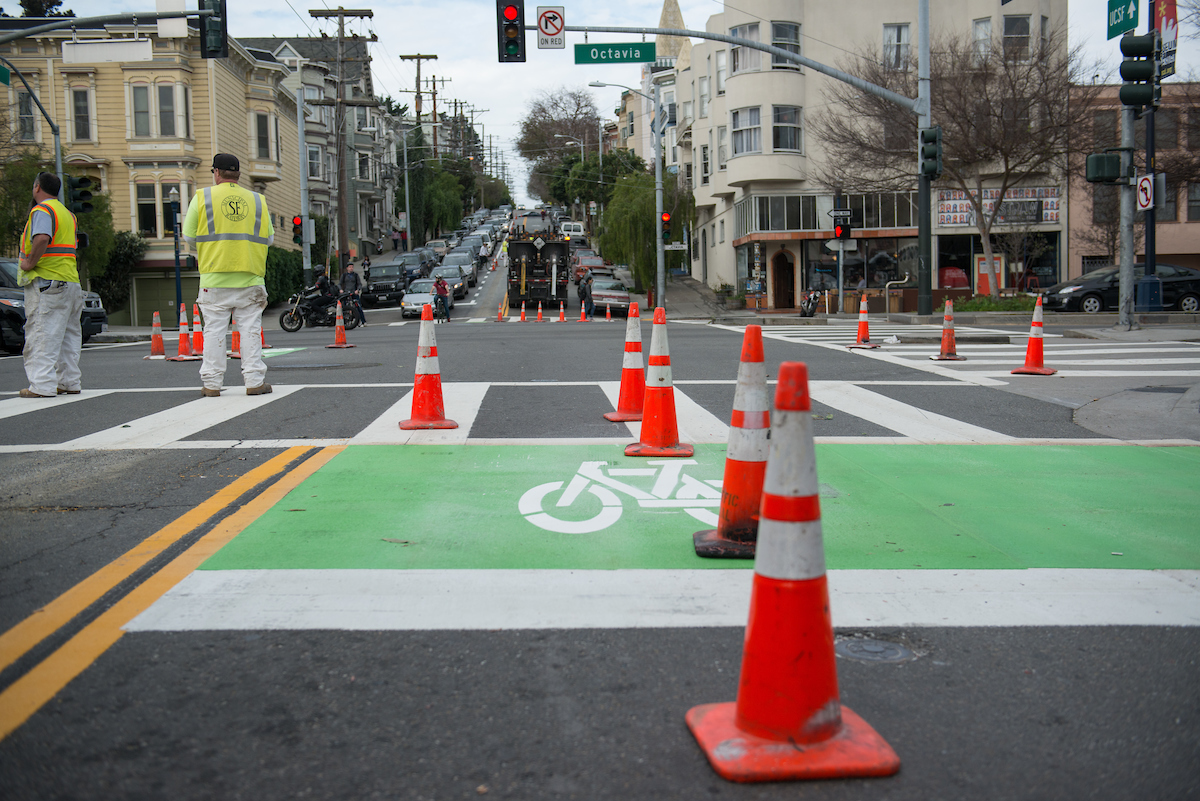 We are always looking for ways to make our streets safer and input from the community is a big help. Please join us and bring your ideas and concerns to our open house this coming Tuesday, August 27, at John Muir Elementary.

Few neighborhoods outside of downtown are more familiar with traffic woes than Hayes Valley and the Lower Haight, where a seemingly endless stream of vehicles line up to enter and exit Octavia Boulevard and the Central Freeway from all angles. Rideshare stickers also abound, circling to and from the vibrant Hayes Street corridor or heading to crosstown destinations. While the Oak and Fell arterial streets have long carried thousands of cars (well before the Central Freeway came down), such was not the case for parallel residential streets like Page and Haight streets until much more recently.

Page Street is an important corridor for the Hayes Valley / Lower Haight neighborhoods because of its connectivity to John Muir Elementary School, numerous parks and other destinations. It is also one of the most heavily traveled bike routes in the city, where there are often 1.5x more people on bikes than in cars headed downtown in the morning commute. Approximately 20,000 Muni riders also pass through the neighborhood on parallel Haight Street, using several blocks of ‘red carpet’ lanes to (usually) bypass congestion near Octavia Boulevard.

While the SFMTA has made recent changes to improve safety on Page Street, and additional pedestrian improvements are planned for 2020, there remains an obvious need to address more directly the impacts of chronic vehicle congestion and further prioritize non-auto modes of travel. That is why the SFMTA is now proposing a comprehensive 18-month pilot project to try something bold: see what happens when Page Street is no longer an access route for vehicles headed to the Central Freeway.

After years of engagement with neighborhood stakeholders and roadway users, the SFMTA has finalized a proposal for a series of circulation changes and bikeway upgrades to Page Street between Webster and Octavia streets that retain local access but restrict vehicle through-travel. To help ensure eastbound Muni riders are still whisked passed congestion toward downtown, additional changes are proposed on Haight Street between Webster and Buchanan streets.

More information is available on the pilot project webpage.

27
Aug
Page Street Bikeway Improvements Pilot Open House and Public Hearing Based on several years of engagement and outreach with the community, SFMTA is advancing an...