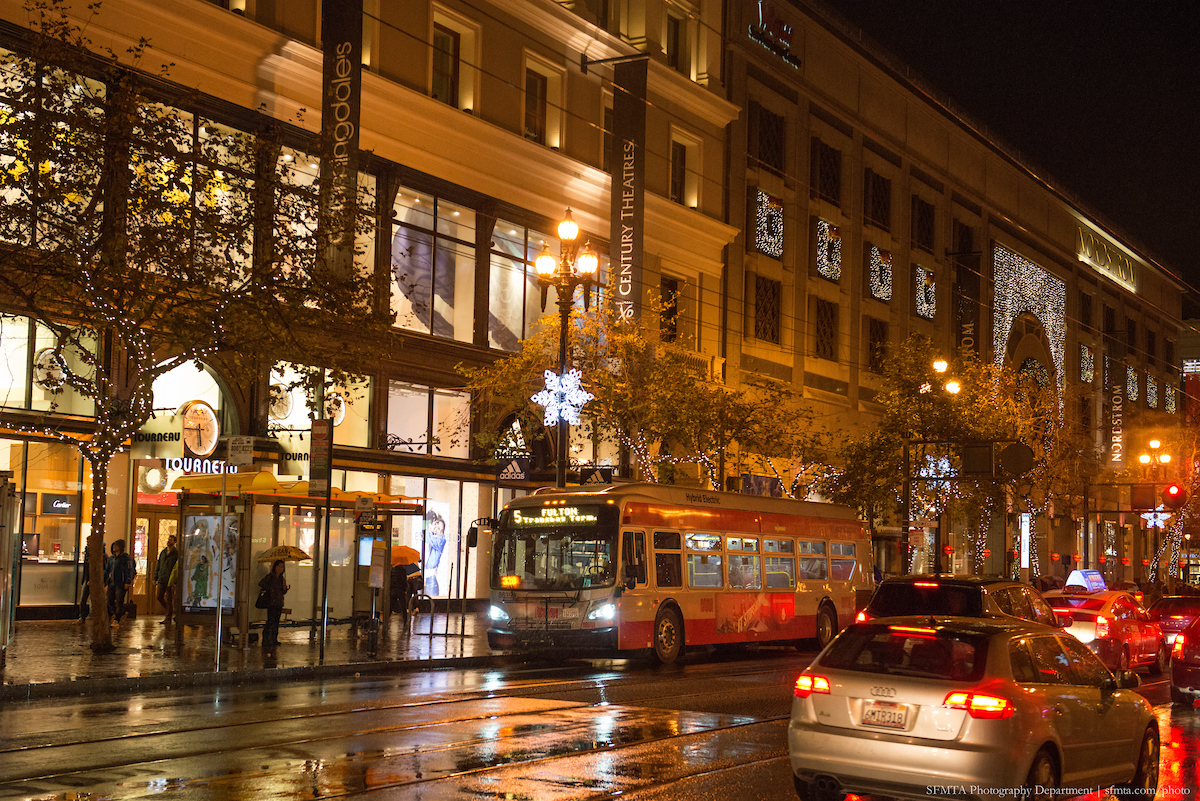 2019 marks the 20th consecutive year that we will offer free rides on New Year’s Eve. Starting at 8 p.m. on Tuesday, December 31 and going through 5 a.m. on Wednesday, January 1 all trips on Muni are free.

Ride Muni Free New Year’s Eve includes all Muni lines and routes. Clipper Card customers should NOT tap their cards to make sure they don’t get charged a fare. Muni Mobile passes will not be necessary. Metro fare gates will be open that night.

Don’t drink and drive, let Muni do the driving.

At midnight on New Year’s Eve, a city-sponsored fireworks show from a barge off of The Embarcadero, south of the Ferry Building will take place. Motorists should anticipate delays in the area from approximately 11 p.m. to 1 a.m. Beginning around 10 p.m. Muni will reroute around the Ferry Building area due to the anticipated crowd. Service will return to normal once the streets are clear.

Caltrain service will be free after 8 p.m. on New Year’s Eve and continue until 5 a.m.

SamTrans will offer free rides on all buses beginning at 8 p.m. on December 31 until 5 a.m. on January 1.