Last week we shared some good funding news about the new Muni light rail vehicles that will start going into service next year. The first of four initial trains now in production is due to arrive by the end of the year. They’ll be tested before starting service in 2017, and the rest of the fleet will roll out in phases by 2028. Some SFMTA staff joined Mayor Ed Lee, Assemblyman David Chiu, President of the Board of Supervisors, London Breed, our Board Chairman Tom Nolan and SFMTA Director of Transportation, Ed Reiskin yesterday for a tour through the Siemens plant in Sacramento where the new trains are being designed and built. 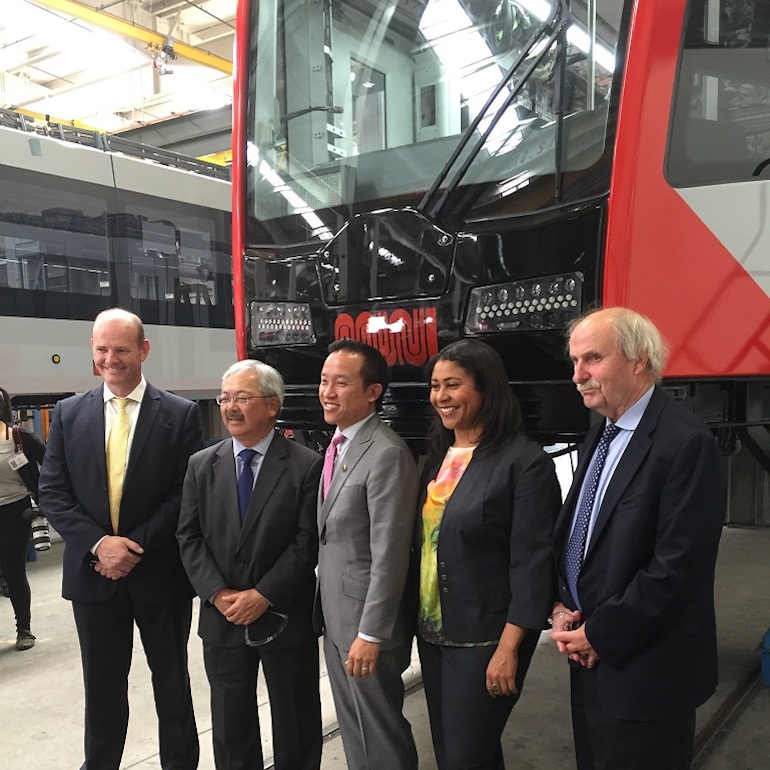 In addition to a detailed tour of the first train off the line, attendees also got to see where the early train assembly takes place.

The steel frames of the new Muni trains wait for completion on the Siemens' factory floor. Photo taken Aug. 29, 2016

Cahill leads the tour an provides Lee, Nolan and our Director of Transportation Ed Reiskin details on the early stages of assembly. Photo taken Aug. 29, 2016.