Our occasional “Going Green” feature will focus on the sustainability efforts at the SFMTA. We’ll share fun facts and figures about one of the most sustainable transportation systems, including Muni and the city’s taxi fleet, in the U.S.

SF taxis come in all shapes, sizes and colors, but the vast majority of the fleet is definitely green. The first fleet of hybrid taxis in America hit the city’s streets in November 2004 with 15 Ford Escapes operated by Yellow and Luxor cabs. Today the city’s regular taxi fleet has largely converted to alternative fuel vehicles, primarily hybrid or compressed natural gas (CNG).

In the 90s taxis were mostly lumbering Crown Victoria sedans that got 10 miles per gallon. Today’s hybrid taxis get better than 40 miles per gallon, reducing the GHG emissions by 75 percent.

Converting SF’s taxi fleet to hybrid and CNG has resulted in removing more than 60 thousand tons of GHG emission savings, the equivalent of taking 6,890 passenger cars off the road every year. This also has saved taxi drivers an estimated 5.3 million gallons in annual fuel use.

The clean taxi program, established by the Green Taxi Ordinance in 2008, set aggressive emission standards and supported the conversion of the private fleets with the Clean Air Taxi Grant incentives. In February 2012 San Francisco exceeded the ordinance goal of reducing the average per-vehicle greenhouse gas (GHG) emissions by 20 percent from 1990 levels by 2012. The paratransit ramp taxis (73 currently in operation) were not covered by the ordinance. 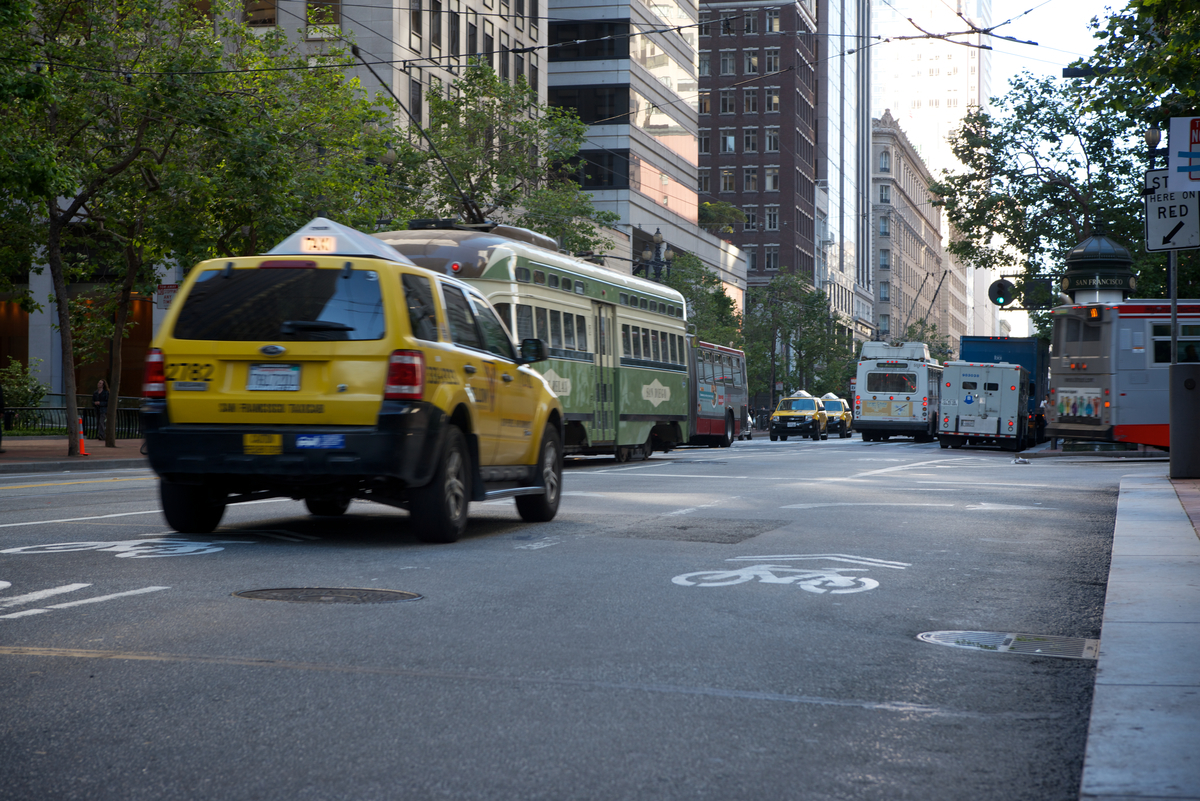