Skip to main content
HeadsUp: The Kaiser Permanente @sfhalfmarathon & 5K is this Sunday, 8am. The 18, 33, 43 & 44 will have reroutes near @GoldenGatePark. #KPSFhalfmarathon https://t.co/3zAOVBmI6e https://t.co/EIXWa8Sbiu (More: 27 in last 48 hours)
Subscribe
Streets: At A Glance

One thing you can't help but notice on San Francisco's streets is the growing demand for space. We know congestion slows down Muni, makes driving through the city more difficult and makes our streets less safe.

Yesterday, Mayor Lee announced a new rush hour congestion strategy to target parking and traffic enforcement efforts during the commute hours in order to maximize the results: safer streets that are easier to navigate.

The strategy press release outlined four areas and several locations that we'll be focusing on starting next week, during the morning rush hour (7 a.m. to 9 a.m.) and the afternoon rush hour (4:30 p.m. to 6:30 p.m.):

The rotating enforcement efforts will be targeted to the following locations: South of Market, 3rd Street, 4th Street, 19th Avenue, Divisadero, Columbus, Fell Street/Oak Street, Geary Boulevard, Geneva Avenue, Harrison Street, Mission Street, Pine Street/Bush Street, and Van Ness Avenue.
You can help!
"Blocking the Box" (driving into an intersection and getting stuck) and double-parking are two behaviors that can have a real impact on street safety. Both of these activities make it harder for other drivers to see pedestrians and for pedestrians to cross the street safely. If we can all commit today to not doing either of these things when we're driving, our streets will be a lot safer and less congested. 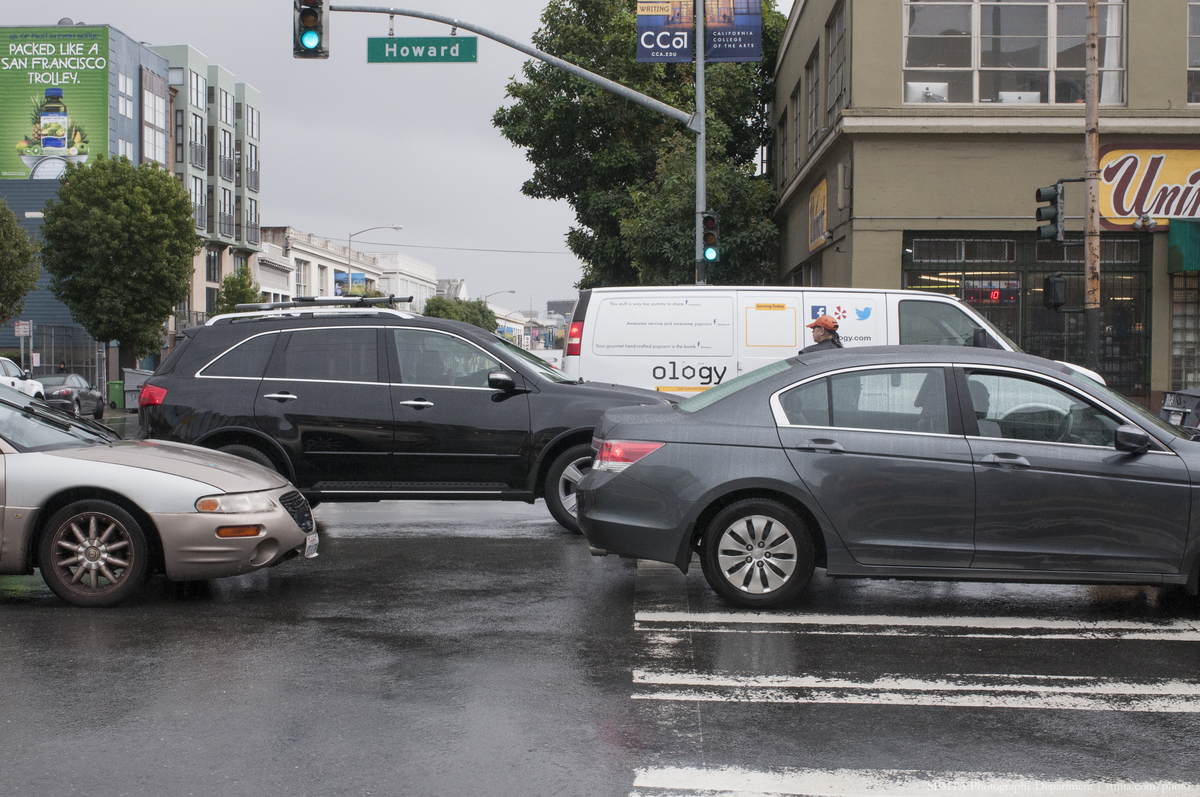 Don't Block the Box! If you can't exit an intersection safely, don't enter it. Blocking the box increases congestion and causes a real safety hazard.