Skip to main content
ATTN: Late night 25 and 25 Owl service will be resuming regular service into the @TransitCenterSF. (More: 4 in last 24 hours)
Subscribe

We are excited to announce the reopening of Stockton Street between Jackson and Clay Streets. This segment of Stockton Street reopened on Friday to vehicular traffic and provides more space for pedestrians after a three-year partial closure due to Central Subway construction. This street segment runs directly from Union Square to Chinatown and is the main thoroughfare for merchants, residents and tourists in the city.

In July, the SFMTA hired Nadeem Tahir to oversee the project as the Central Subway Program Director. His focus is on delivering the final stages of this historic project to improve public transportation in some of the city’s most densely populated areas. Nadeem is currently evaluating all aspects of the project and assessing the project’s timeline. One of his top priorities this summer was to restore traffic lanes, parking and sidewalks for the community in Chinatown and Union Square.

Once construction on the project is completed, we will begin testing to ensure that the tracks and other systems are fully integrated with the Muni system and ready for service. This includes integrating the automatic train control systems, radio and data communication systems, overhead lines and customer information systems, ensuring that all the Central Subway extension is fully integrated into the rest of the Muni Metro subway system. Across the industry, it typically takes a minimum of six months to a year to test and integrate similar systems.

Once in operation, the Central Subway will cut travel times in half along congested Stockton Street and 4th Street while enhancing connections to BART, Muni Metro and Caltrain. The route will move along 4th Street, through a tunnel near Harrison Street, beneath Market Street and under Stockton Street to the intersection of Stockton and Washington streets. With stops in SoMa, Yerba Buena/Moscone Center, Union Square and Chinatown, Central Subway will vastly improve transit access for the residents in areas of the city with limited transportation options.

The Central Subway will directly serve some of San Francisco’s most densely populated communities including Visitacion Valley in the southeast, the Bayview and Dogpatch neighborhoods, and the city’s center. Here is more information about the Central Subway. 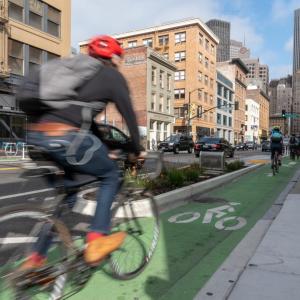 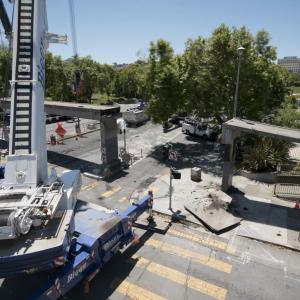