This week, we take a look back 102 years to a muddy winter scene on Bayshore Boulevard at Oakdale Avenue on January 1915. 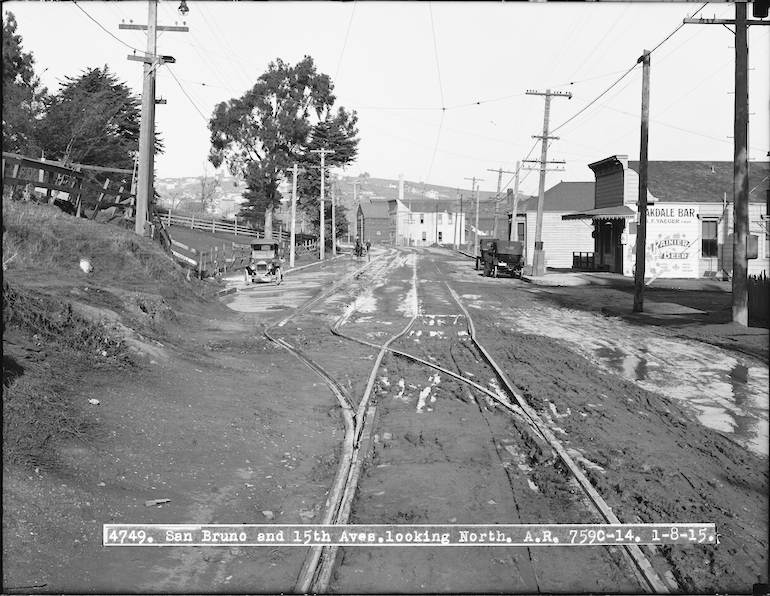 Nearly everything pictured in this 1915 shot has changed over the last century, from the street names, to the streetcar tracks, to the empty hillside on the left which now holds Hhighway 101.

However, one thing remains from this long lost scene- the flat-front building seen at frame right. This small building, home to Oakdale Bar in 1915 is today home to the Old Clamhouse, which claims to be San Francisco's oldest restaurant. 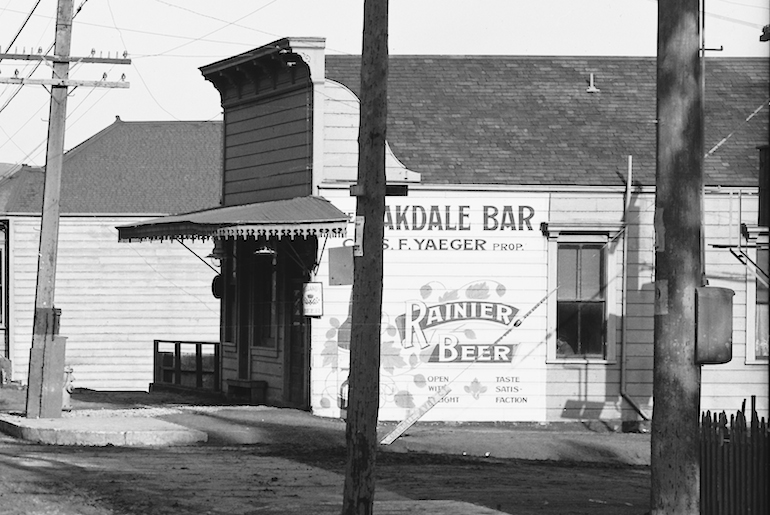 The Oakdale Bar in 1915 at the corner of Bayshore Blvd. and Oakdale Ave., today home to the Old Clamhouse restaurant.

However old the restaurant is, one thing we know for sure is that it has been served by public transit for at least 100 years. The United Railroads of San Francisco Company’s 25 Line provided service to and from downtown for residents of the Mission, Bernal Heights, Portola and Bayview neighborhoods.