Skip to main content
UPDATE: The OB 29 has resumed its regular route through the area of Beverly and Holloway. https://t.co/h7vf1DxYJX (More: 11 in last 48 hours)
Subscribe
Transit Tuesday

Transit Art Around The World

Last week we had a great time launching the Muni Art project with the good folks at San Francisco Beautiful. How many Muni Art buses have you seen? They are out on the street, beautifying our city. Be sure to tag your photos from one of the 50 buses with #SFMuniArt.

We had so much fun with our Art on Muni series last week, we thought we'd take the opportunity to feature some transit art from around the world in this week's Transit Tuesday.

First up, Foreign Policy shares a stunning collection of images that take us across the former Soviet Union to visit some unusual bus stops. Over 12 years, photographer Christopher Herwig's adventurous bicycle trip from London to St. Petersburg turned into a major (his word) obsession. Reid Standish's Foreign Policy piece provides some additional historical context for the creation of these amazing and often isolated structures. 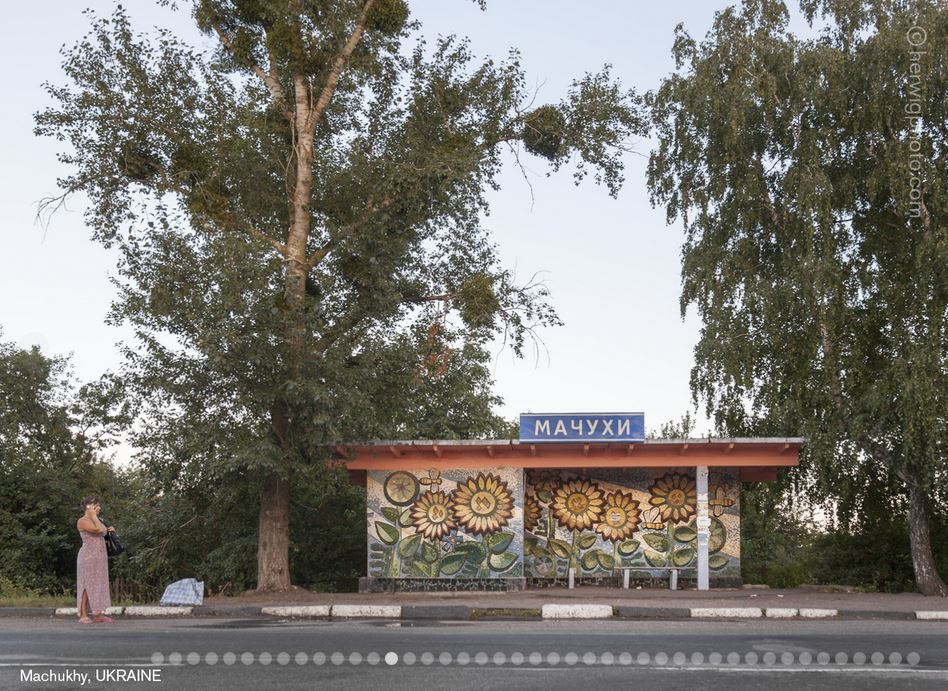 Herwig's site lets you stroll through some of the bus stop shots, including this one from the Ukraine. (Photo: Christoper Herwig)

The images chronicle the bizarre, fanciful and astonishing architecture and art of Soviet era bus shelters. Many of the images were first published in various art, design or history magazines or blogs. Herwig's drive to capture more and more of these structures and to help with their preservation led him to go back and document them. The full range of images, taken all over what was once the USSR, allowed him to compile a book that was published earlier this year via a Kickstarter campaign. Looks like it was a huge success; the publisher says they're current out of stock. The gorgeous Kickstarter video on Herwig's site will definitely stir your wanderlust or get you to buy the book (with a new edition available for pre-orders).

One of our other favorite global transit art projects is a little closer to home. Last month, the Vancouver Courier reported that a local comic collective was taking to the streets to display comics as public art in transit shelters. The Comics in Transit project from the Cloudscape Comics Society includes 20 shelters features 10 different artists. This multi-cultural city chose a project that reflects this by features stories from different international cities. 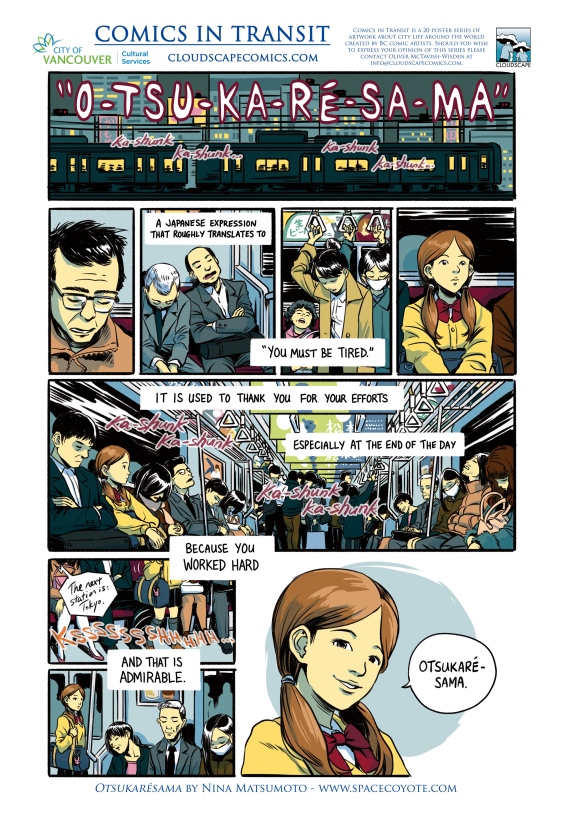 A featured example from the Comics in Transit project.