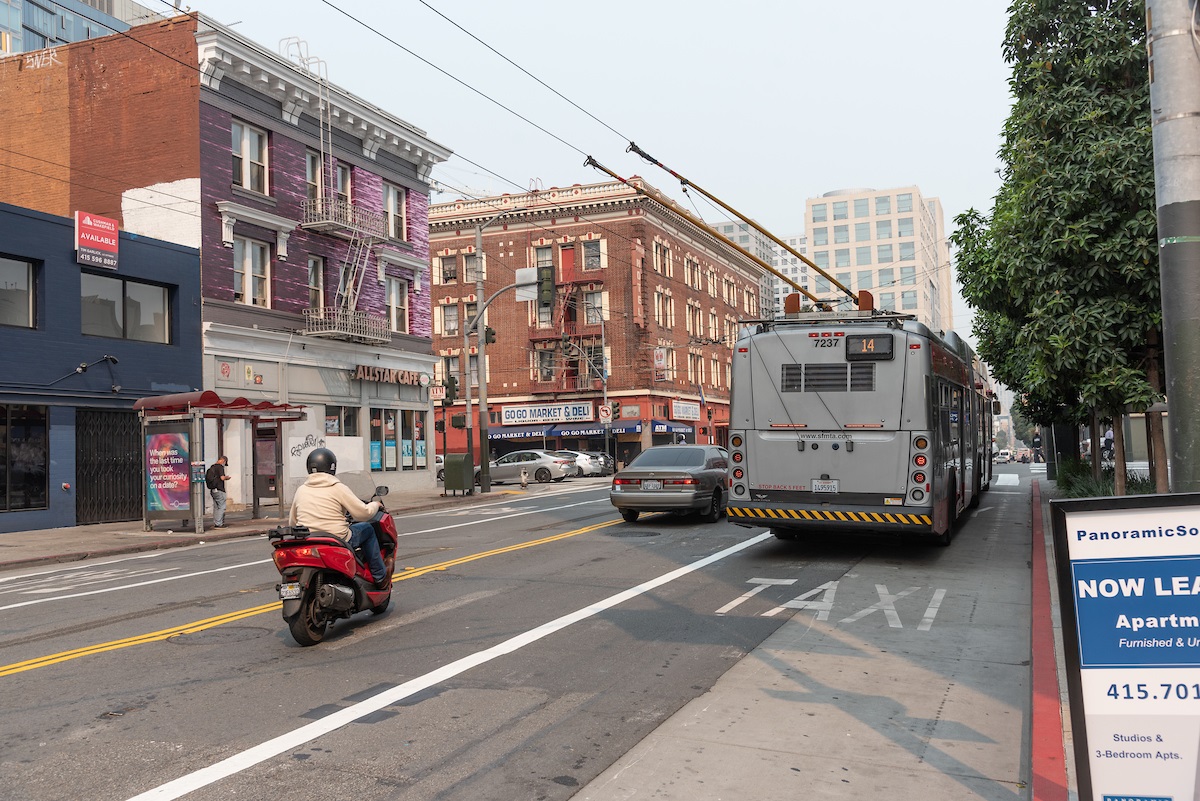 The full-time transit lanes on Mission Street downtown installed as a temporary emergency measure during the pandemic will be made permanent. The first of the city’s Temporary Emergency Transit Lanes to get permanent authorization, they were unanimously approved by the SFMTA Board of Directors at their June 15, 2021 meeting. This shows how a quick-build project can be installed, evaluated, and refined in a relatively short amount of time.

Thousands of daily riders have already felt the impact of the full-time transit lanes since they were first temporarily installed last summer. Now, riders of the 14 Mission, 14R Mission Rapid, and many SamTrans and Golden Gate Transit customers will continue to benefit from the transit time savings we have seen with the implementation of these lanes. Mission Street in SoMa has been a major transit corridor for years, serving regional commuters, local residents and workers that support the downtown area. With the Bay Area reopening, the diverse group of transit riders that travel this corridor from all over the region will be able to get to their destination faster and more reliably thanks to keeping these full-time transit lanes in place.

So far, the lanes on Mission Street have achieved their goal–keeping transit moving even as traffic threatens to slow it down. Traffic has risen 20% since the summer of 2020, yet transit times are staying relatively consistent, demonstrating that the transit lanes are effective in protecting buses from getting caught in traffic.

In addition to our technical evaluation, we collected feedback from the community on the transit lanes, loading zones and parking. Outreach for this project was extensive, including a range of public engagement tactics from posters on the street to direct phone calls to businesses to collect their feedback. While the majority of public survey respondents supported making the transit lanes permanent, we did hear from businesses with significant concerns about loading zone and parking changes. As a result, many modifications were made after the initial temporary transit lanes were installed to help manage the tradeoffs that affected all folks along the corridor, from business owners to transit riders. The advantage of the quick-build approach is that we are able to make modifications like changes to commercial and passenger loading based on real-time feedback.

The temporary project restriped the roadway between 5th and 11th streets and made transit lanes full-time between 3rd and 11th streets. Modifications to the temporary project, including restriping and making transit lanes full-time between 1st and 3rd streets, and extension of bus zones are anticipated for fall 2021.  Additional changes, such as sidewalk widening, are being planned for future phases.

Jun
15
Board of Directors meeting, June 15, 2021 Due to the COVID-19 health emergency and to protect our Board members, SFMTA staff, and members of... 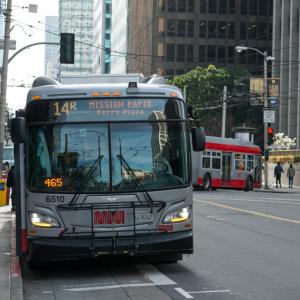