Today we were proud and excited to meet with our Vision Zero partners and leaders from the state and federal governments to discuss our plans and accomplishments to reach San Francisco's goal of zero traffic deaths by 2024. The day-long session at City Hall was kicked off with a greeting and inspiring words from Mayor Lee and broke midday for a walking tour to highlight some the city's recent street improvements.

With the goal of advancing pedestrian and bicyclist safety at the federal, state and local levels, senior officials from the National Highway Traffic Safety Administration, California Office of Traffic Safety, Federal Highway Administration and California State Transportation Agency, are today convening at San Francisco City Hall to learn about how San Francisco has been boosting street safety citywide in support of Vision Zero.

"I'm looking forward to hearing more about Vision Zero SF and how it is contributing to our nationwide efforts to save lives and reduce crashes on our roads. In particular, I'll be assessing the city's efforts to protect pedestrians and cyclists as part of Transportation Secretary Foxx's 'Safer People, Safer Streets' initiative," said Administrator Mark Rosekind of the National Highway Traffic Safety Administration.

San Francisco adopted Vision Zero as a policy in 2014, committing to build better and safer streets, educate the public on traffic safety, enforce traffic laws, and adopt policy changes that save lives. The result of this collaborative, citywide effort will be safer, more livable streets as San Francisco works towards the Vision Zero goal of zero traffic fatalities by 2024. For more information, go to: www.visionzerosf.org

"As a necessary step toward the future, California recognizes that walking and bicycling are becoming an increasingly popular alternative for commuting and recreation," said California Office of Traffic Safety Director Rhonda Craft.  "We also recognize the innovative and proactive steps San Francisco's Vision Zero has made in making safety preeminent in that future.  Their efforts can stand as a model for others who are trying to make their communities safer for all roadway users."

San Francisco officials are also asking their state and federal counterparts to help in several areas, including cutting red tape for funding and making the environmental review process more efficient.

“Having these organizations and delegates here to learn about our Vision Zero efforts really underscores San Francisco’s recent work to create a culture of traffic safety,” said SFMTA Director of Transportation, Ed Reiskin. “While our goal of zero traffic fatalities by 2024 has a long time horizon, we are working quickly today to increase safety citywide while larger projects and initiatives are being developed.”

On Polk Street for example, where a larger safety project has been recently approved, the SFMTA has worked rapidly in the past few weeks to increase safety now. Work completed includes 25 intersections upgraded with bolder, zebra-striped crosswalks, a new southbound bike lane, and five high-injury intersections improved with painted safety zones that slow turning vehicles and increase pedestrian visibility. 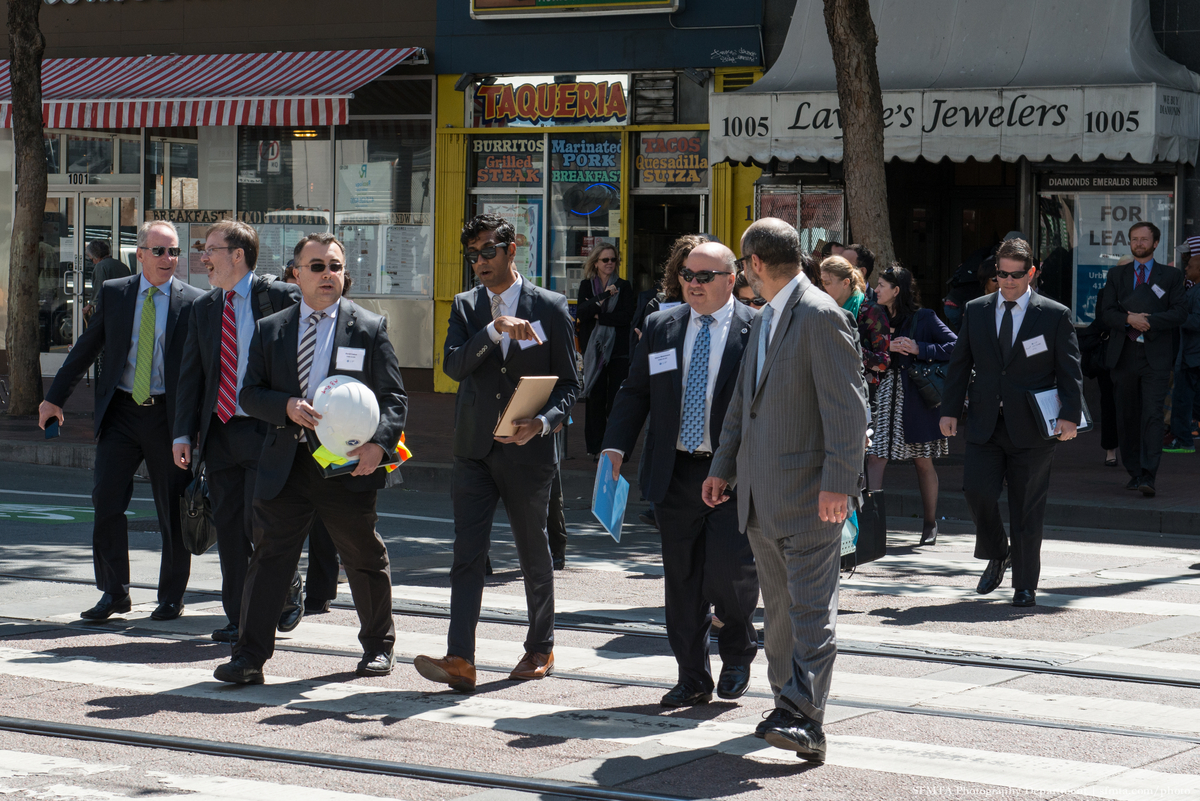 Vision Zero delegates stay together and look both ways when crossing Market Street. 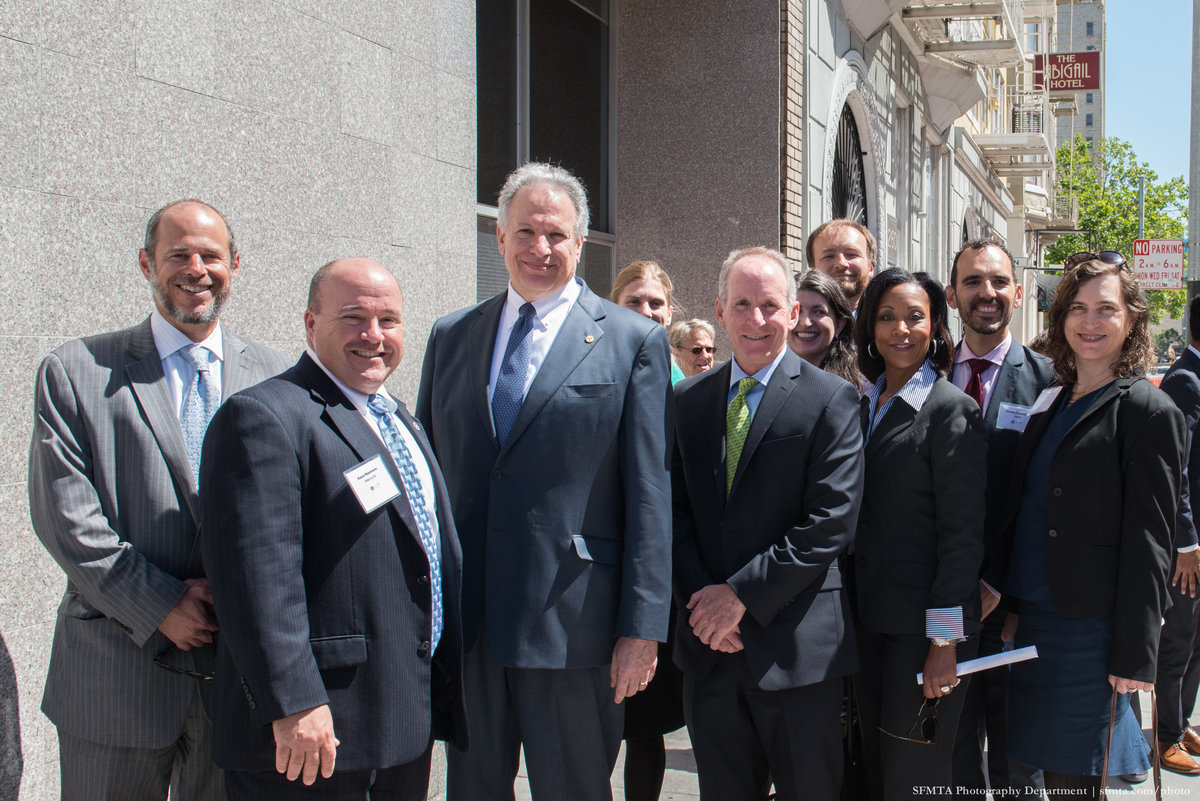 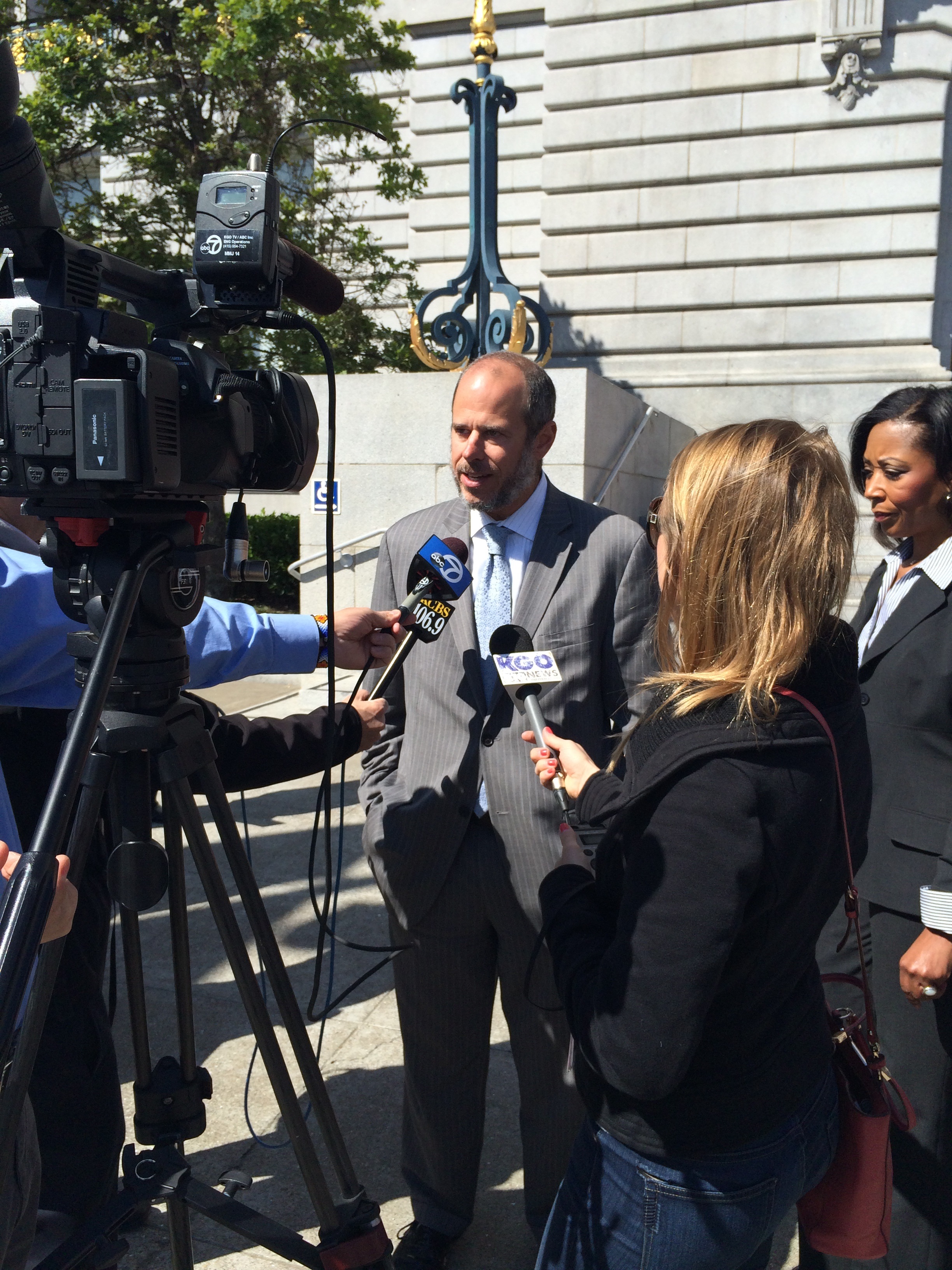 Vision Zero briefing for media helps spread the word on the attention that our state and federal partners are paying to the need for safer streets.