In the Wake of Tragedy: Rapid Response Results on Howard 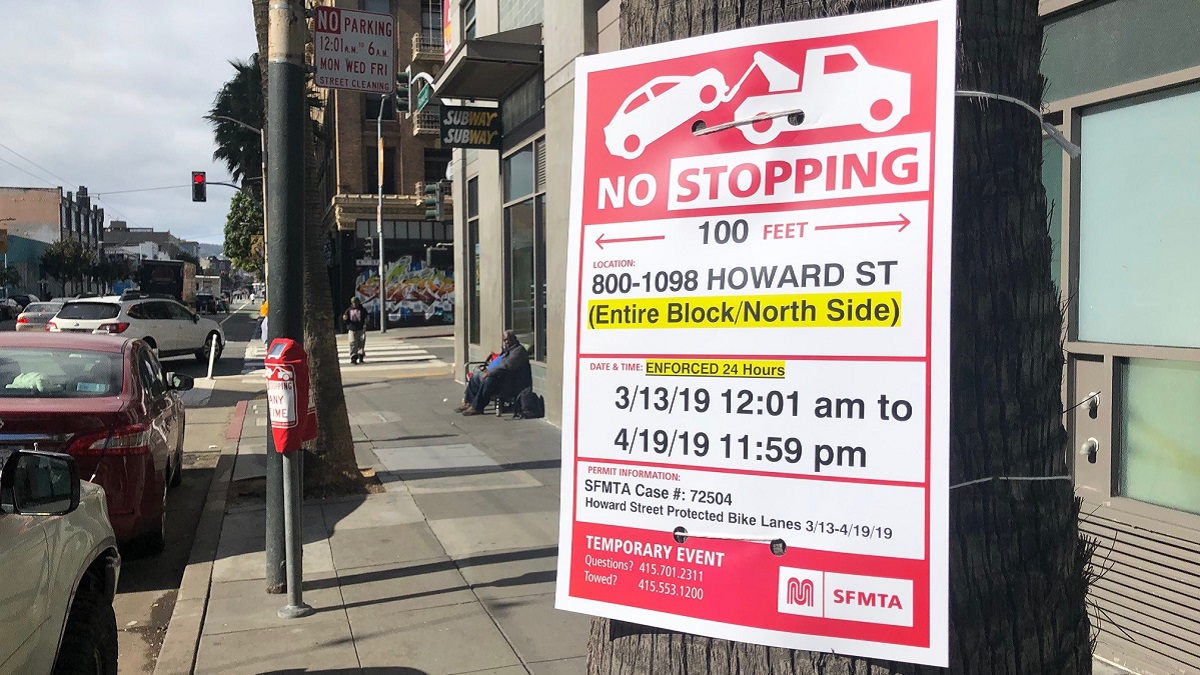 On March 8, Tess Rothstein was tragically killed while riding her bicycle on Howard Street approaching 6th Street. Moreover, like all traffic fatalities, it was preventable. San Francisco's Vision Zero commitment to ending traffic fatalities demands a data-driven approach to transportation safety. Friday's fatality is the fourth traffic death on Howard Street in the past three years and Howard Street is part of San Francisco's High Injury Network, the 13 percent of city streets that account for 75 percent of traffic injuries.

Given the street's status as a High Injury corridor, we are advancing the Folsom-Howard Streetscape Project to transform both streets into safe and vibrant community spaces. While this vision will take several years to fully realize, we know that we cannot wait to make the needed improvements on Howard Street. In fact, in December 2018, we completed a protected bike lane on Howard Street between 6th St and 11th St. The recent fatality between 5th St and 6th St, just before the protected bike lane begins, is yet another tragic reminder of the urgency to continue and expand this work, quickly.

In alignment with Mayor Breed’s directive to the SFMTA to move forward with quick near term safety enhancements on high injury corridors, we are taking the following steps to immediately improve the safety on Howard Street:

Even as we move forward to immediately protect Howard Street, we will continue doing the more comprehensive civil engineering required to address longer-term improvements to this street as quickly as possible. These efforts include new mid-block crossings, corner bulb-outs, a two-way protected bike lane, and protected bike signals at every intersection.

Nothing can return the lives lost on our city streets. However, we at SFMTA understand the urgency and share your commitment to making San Francisco’s streets safer, and we appreciate your support of Vision Zero. We know that achieving the city’s vision of zero traffic deaths is an ambitious goal, but nothing else is acceptable.