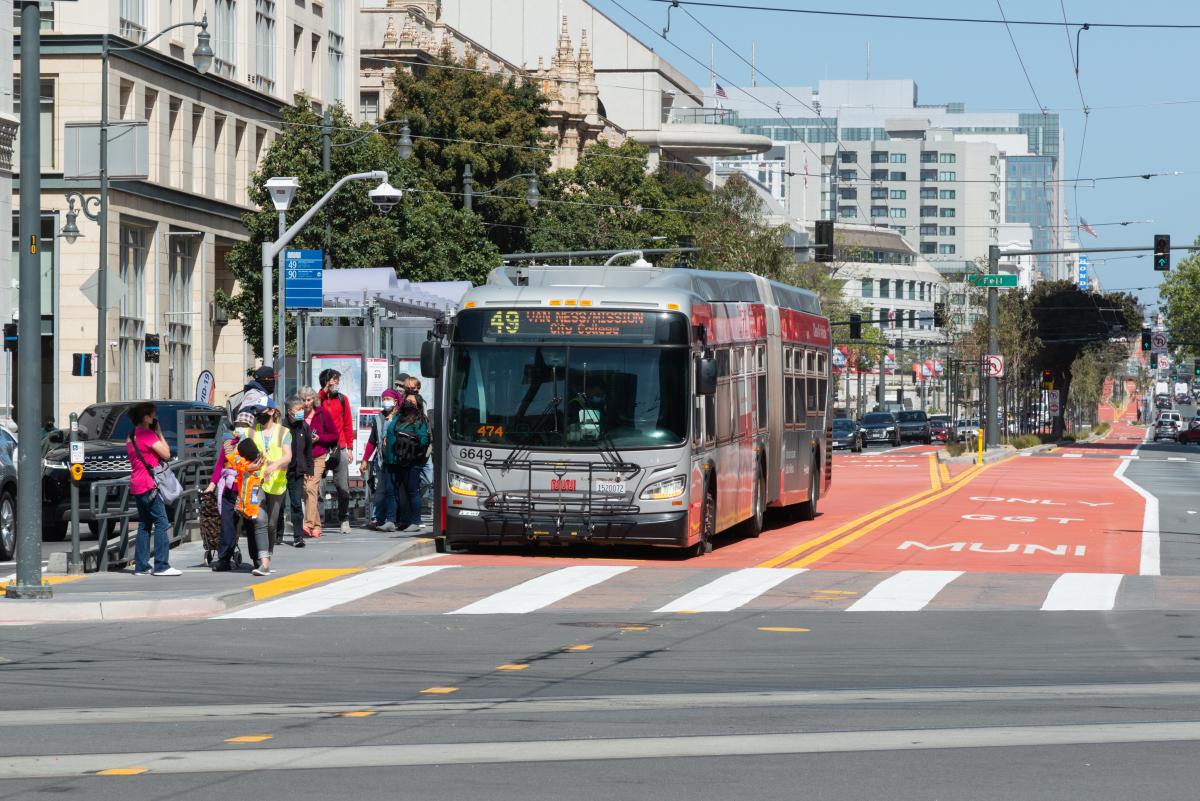 During Transit Month this September, we’re continuing the celebration by looking back to more of the work we’ve done over the last year— some that has been less obvious to Muni customers, but critical to a well-functioning system and other work that is more front and center.

Fix It! Week and Continuing State of good Repair Work

Muni is an impressive transit system. Moving thousands of people on rail and buses every day takes a lot of coordination and a lot of work. Dealing with unique challenges like San Francisco’s geography and shifting travel patterns, we also have to deal with issues related to the Muni system’s age. Proper care and maintenance of a transit system many decades old takes strategic planning as regular maintenance needs to happen while continuing to provide service. Typically, regular Muni Metro maintenance work occurs each night after subway service hours, SFMTA maintenance crews work to maintain the tracks and equipment underground. On most nights, this gives crews only about two hours to get work done. This two-hour window sometimes isn’t enough to complete critical maintenance tasks, so beginning in April, we started Fix It! Week, a quarterly week of planned maintenance that occurs during extended, overnight shifts when trains aren’t in service.

This year Fix It! Week provided 63 total work hours during which several SFMTA teams completed over 2,000 hours of maintenance and inspections. On the busiest nights, the maintenance teams had up to 55 staff in the tunnel from West Portal to Embarcadero delivering safety improvements, station and tunnel enhancements, subway track and wayside equipment maintenance, and traction power upgrades.

In addition to finding new and creative ways to maintain the system more efficiently, we also had to entirely reimagine the service network to accommodate changing travel patterns and in response to the pandemic. Over the past year alone we’ve increased Muni service multiple times as the impact of the pandemic has eased and we’ve slowly been able to hire new operators.

Trip patterns have changed over the last two years with a noticeable shift in San Francisco residents traveling neighborhood to neighborhood instead of the peak period downtown-centric travel pattern that was prevalent pre-pandemic. And we’ve adjusted. Service is slightly over-supplied so that there is capacity when it is needed. Anticipating how people will move in the future is difficult, but our service planning team is hard at work tracking ridership, customer feedback and operator availability to do our best to accommodate how folks want and need to move around the city. We are working to build back our ridership by providing high-quality, reliable service that people can count on.

Our response was the 2022 Muni Service Network which was developed through an extensive outreach process. Throughout the COVID-19 emergency and recovery, the SFMTA prioritized restoring service to these, and other neighborhoods identified in the Muni Service Equity Plan.

On the more visible side of our work, in April we started bus rapid transit (BRT) service on Van Ness Avenue as part of Muni’s Rapid Network, which prioritizes frequency and reliability for customers. Muni and Golden Gate Transit customers are already experiencing shorter travel times. With dedicated transit lanes in the middle of the street, enhanced traffic signals with Transit Signal Priority, the Van Ness BRT is the fastest way to travel north-south in this part of San Francisco, and riders are noticing. Since the BRT corridor opened on Van Ness Avenue in April, ridership on the 49 Van Ness/Mission has increased by 26% to 25,000 daily riders and is exceeding pre-pandemic ridership by 13%.

In other major capital and service news, last October service started on Geary in its new transit lanes after the completion of the Geary Rapid Project. Pre-pandemic, the combined Geary routes had one of the highest bus riderships in the country, with more than 56,000 daily customers relying on the 38 Geary and 38R Geary Rapid. As riders return, they are experiencing a faster, more reliable ride thanks to transit improvements like red colorization and dedicated transit lanes, bus stop optimization and signal retiming that were made along the three-mile stretch of Geary. These quick-build improvements alone resulted in 38R Geary Rapid travel time savings of up to 20%.

And last but certainly not least, you may have heard we have officially announced the opening of Central Subway! Weekend service starts Saturday, November 19 and will give customers a chance to check out its four new stations, and also allow our operators and crews to work out any kinks while operating. We’re looking forward to welcoming you aboard!

Wishing you a Happy Transit Month!