Who Knows What This Is?

Do you know what this is? Is it a one-cup tea strainer? The first iPhone? A lemon squeezer? 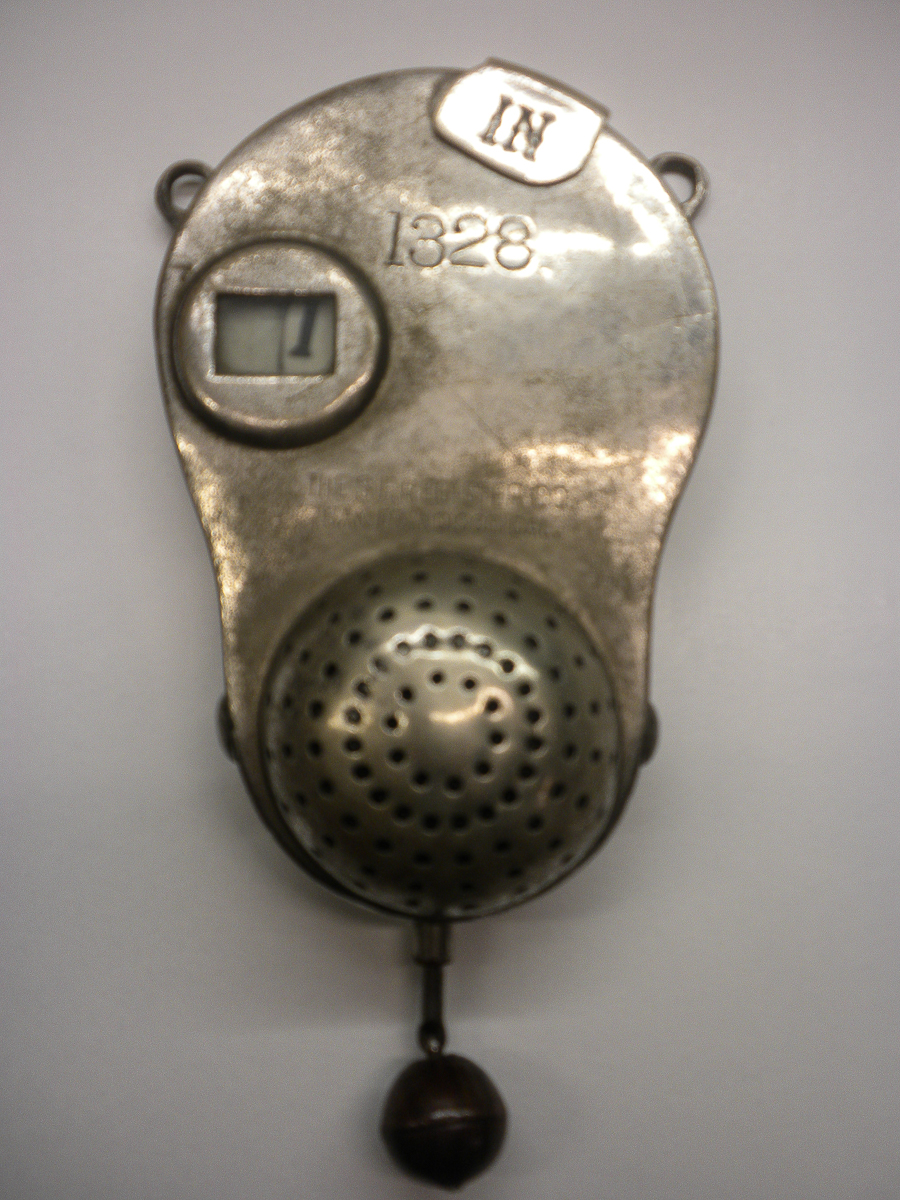 It’s a portable fare register. Gadgets like this were in use from the early 20th century until the 1960’s. Strapped to the chest or worn on belts next to the coin changer, the device was used by conductors and collectors to keep track of the incoming fares. It also helped to handle large crowds of folks, as it allowed them to prepay before they boarded the car.  When the collector or conductor pulled the little ball at the bottom, the number in the window increased by one and a bell sounded. The round bulge at the bottom with the holes housed the bell in earlier models like this one. 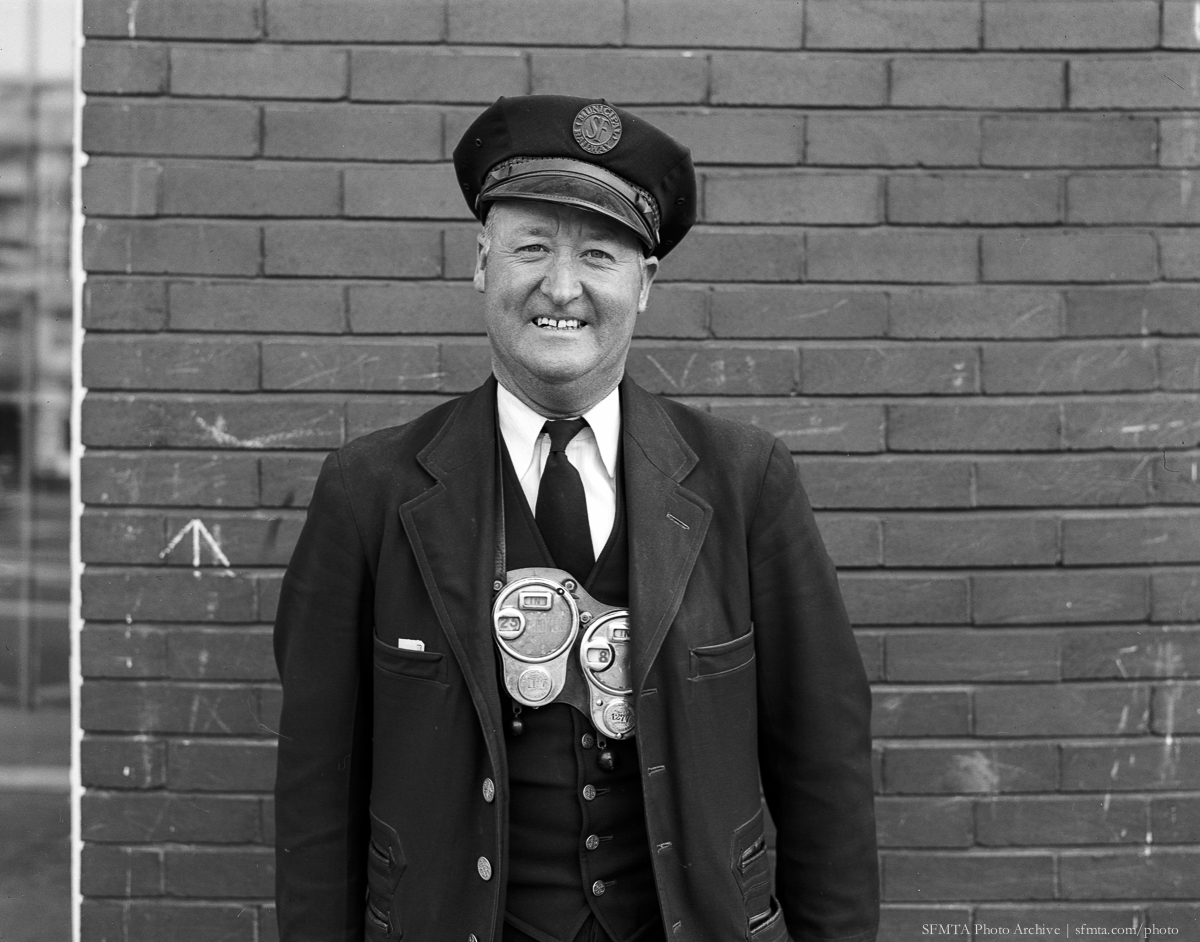 When the conductors using these registers turned in their receipts for the day, the number of fares they registered had to match the collection they made. In those early days the fare was the same for everyone, no discounts, so the process was much simpler.

To see lots of other neat photos that celebrate San Francisco’s rich transportation history, please visit the SFMTA Photo Archive webpage. If you want to see and touch artifacts and curios from yesteryear, bring the family and visit the San Francisco Market Street Railway Museum.