At today's Board of Directors meeting, our director of transit, John Haley, proudly announced that Muni's own Kevin Grady was this year's top driver of 40-foot buses at the American Public Transportation Association’s 40th annual International Bus Roadeo (it’s not a typo) held last month in Fort Worth, Texas.

This Super Bowl of bus driving brings together the best drivers and maintenance crews from across the U.S. and Canada. Operators compete in either 35- or 40-foot bus categories at the roadeo, held in conjunction with the APTA Bus and Paratransit Conference, which took place at the beginning of May.

The 57-year-old Grady beat out 55 premier drivers to win. It’s the thirteenth time the 29-year Muni safe driver award winner has parlayed his motor skills into placing in the international roadeo, a competition that recognizes best practices in safety and honors both teamwork and superior individual performance.

A cable car conductor for the last 15 years, Grady obviously hasn’t lost his touch driving a bus. His superior safe driving skills have earned him a baker’s dozen of awards in both the 35- and 40-foot bus driving categories. Along with two first place victories in the 40-foot bus category, Grady has won third place honors three times in the 35-foot category.

Roadeo contestants are tested on their safe driving skills, which include events such as turning, judgment stops and successfully navigating an obstacle course.

Grady’s older brother and fellow Muni Operator (31 years of safe driving!), Jesse, himself has placed “a few times” in the international roadeo competition and practices with his younger sibling to hone their skills. With a hearty laugh, the older Grady admits that it’s more about fun and games for him but that his brother is “actually good at it,” adding that “he always wants to win.” 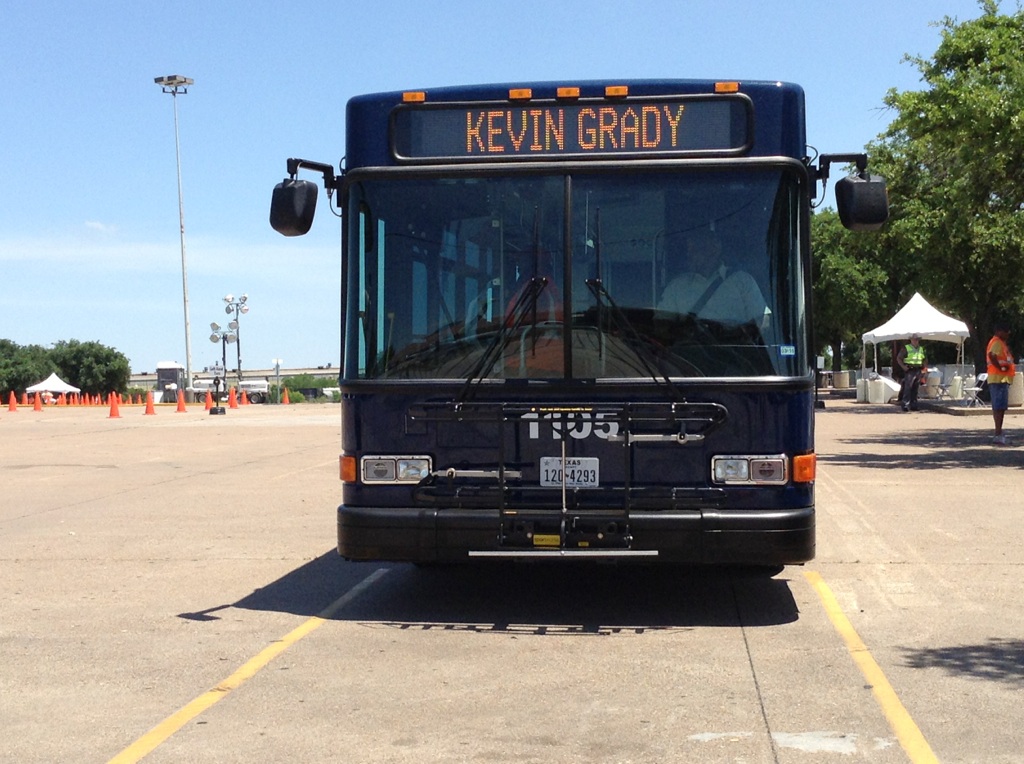 Each particpant of the bus roadeo drove a vehicle for the competition that announced their name on the head sign. 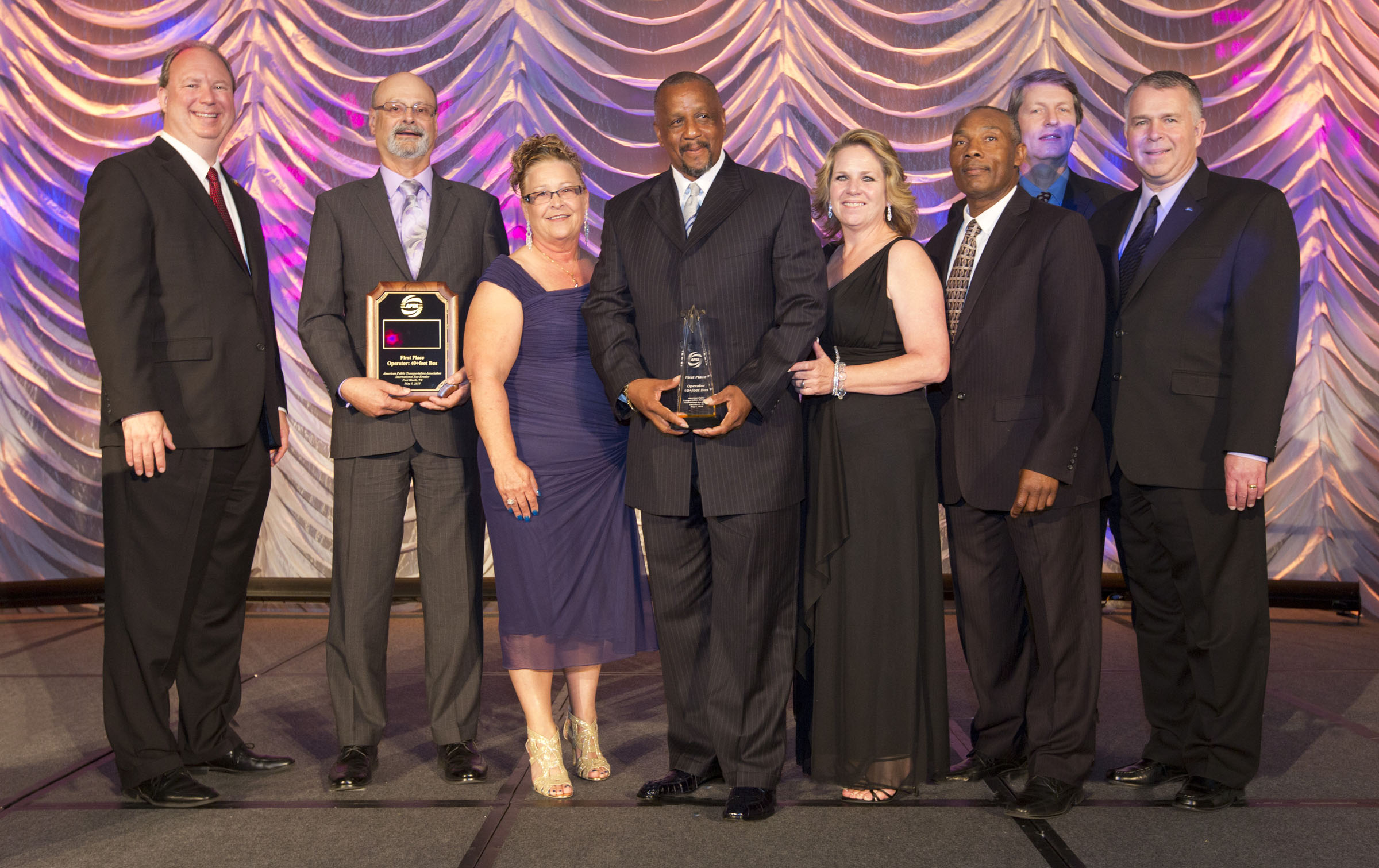 Kevin Grady accepts his award at the 2015 International Roadeo held in Fort Worth, Texas.