Skip to main content
HeadsUp: #FleetWeekSF Concert in the Castro this Thursday at Jane Warner Plaza from 5 to 6 p.m. The #FMarket will h https://t.co/QA4OQfQEsw (More: 29 in last 48 hours)
Subscribe
History in Motion

Women in Transportation and at the SFMTA 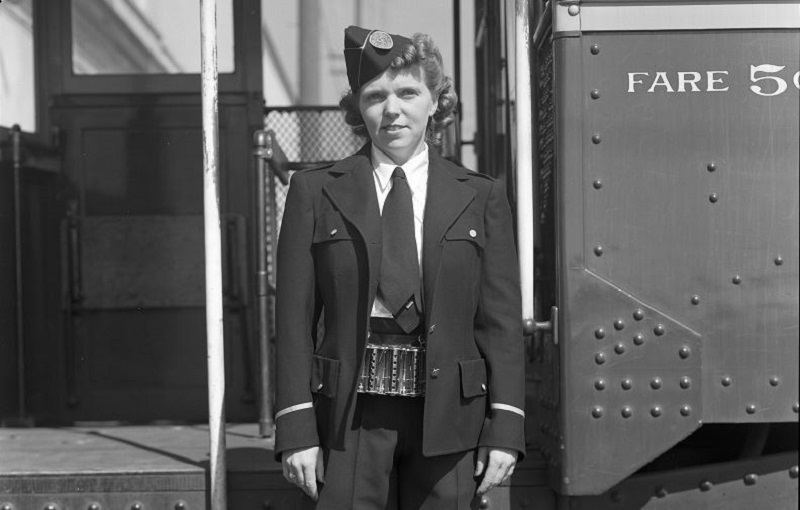 Ellen Peterson models the new Muni uniform of her time. Images such as this serve to remind us that while our society continues to evolve, it can be easy to take for granted how women in recent history had very different roles; making an impact on transportation in very different ways. (SFMTA Photo Archives circa 1942)

About the time the famous ad slogan and women's lib mantra was penned in the late 1960s, employment opportunities for women in Muni’s operations and maintenance departments were just beginning to be filled.

Today, many highly accomplished women can be found throughout the entire agency in a wide range of classifications, but so very often voices in the minority are overlooked in history so there is little record of their contributions and accomplishments other than anecdotes.

Such is the case with women in the field of transportation like Evelyn Wells, the first woman transit inspector working for Muni, appointed to the position in May 1979.

Before Wells you would have to search far and long to find women working in transportation – railroad or light rail – in any capacity, much less in high-level management roles. Today 25 percent of the agency's workforce are women, which includes the Chairman of the SFMTA Board of Directors, Cheryl Brinkman.

Women have not only joined the workforce here but have risen in the management ranks at the agency to be in charge of major departments including operations, maintenance, capital projects, finance and human resources. In fact, currently three out of seven members on the board of directors, and five out of the nine division heads are women. Overall, 43 percent all managers at the agency are women. Industry standards are noted as being only half of that, about 21 percent.

But we still have a way to go with inclusivity. Currently, only about 20 percent of our transit operators are female, somewhat below the national average of 37 percent according to the 2017 Bureau of Labor Statistics. 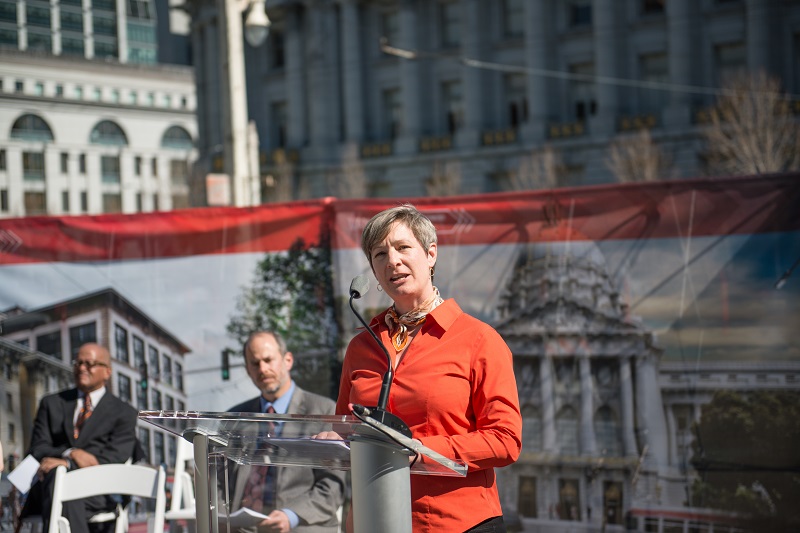 The timeline for women in the transportation industry in general dates back much further than the 1970s. Back in January 1855, Susan Morningstar became one of the first women on record employed by a railroad, 57 years before the San Francisco Municipal Railway came into existence in 1912.

Since then, many other women have joined her with notable contributions to the industry that include:

What's in a Word?

Although women have been cable car conductors for many years, “gripman” had always been the correct term. But in January 1998, Fannie Mae Barnes became the first cable car gripwoman in San Francisco at the age of 52, after working as a cable car conductor for the previous six years. Barnes is now retired from city service. Willa Johnson became the second gripwoman, beginning in April 2010, and Amber Jones became the third. 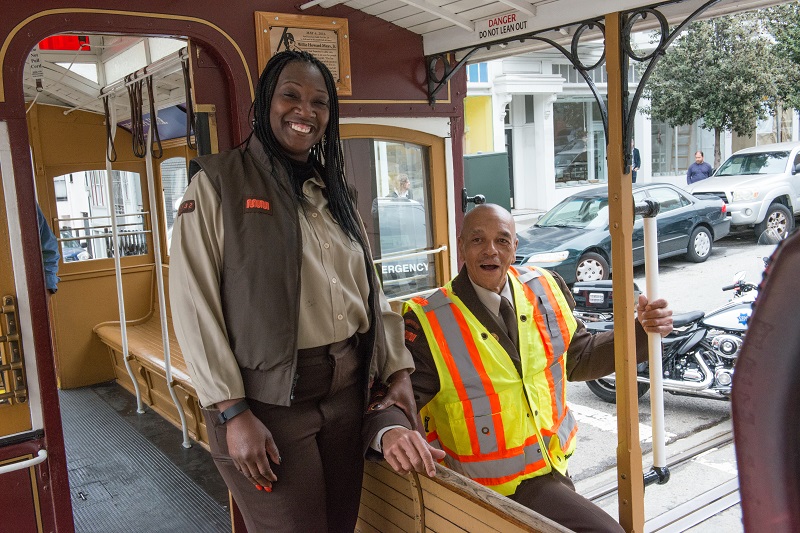 Willa Johnson is shown with Duane Allen during the dedication ceremony for Willie Mays Cable Car 24. Johnson launched her career as a gripwoman with the Cable Car Division in March 2016, eight years after beginning as a transit operator. (SFMTA Photo Archives, May 6, 2016)

Andrae Johnson, a longtime transit operator, was the first woman to qualify in the Roadeo. She placed third that year and second the following year in 2008. No woman has yet to break into first place. But we have a significant number of female transit operators eligible to participate in the contest. 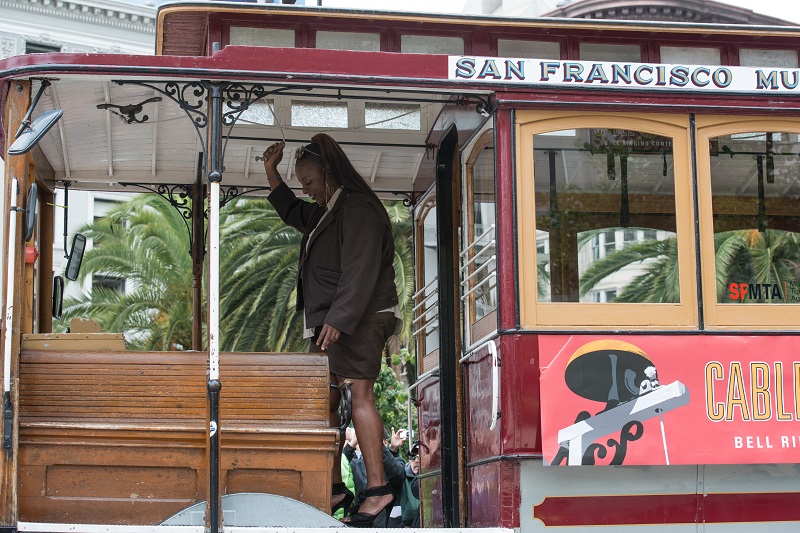 And Cable Car Conductor Cassandra Griffin, was the first woman to make it to the finals in the 53rd Annual Cable Car Bell Ringing Championship, an honor unique to San Francisco.