On Tuesday, September 6, 2022, we will recommend to the SFMTA Board of Directors that this temporary emergency project be extended to a three-year pilot project to allow for further study of its transit benefits and traffic impacts.

With the initial success of these HOV lanes, and the need for further evaluation, we also propose to make the HOV lanes a standalone pilot project. Originally, these HOV lanes were proposed as part of the pandemic-response Temporary Emergency Transit Lanes (TETL) program to help protect travel time savings on key corridors throughout the city.

If approved, the three-year pilot would allow for two years of data collection and one year for analysis, project refinement and the approval process, if a permanent project is pursued.

If you would like to comment on the proposed pilot extension, you may attend the public hearing or file your comments in writing before the hearing. For more information, go to SFMTA.com/Board.

Units
Board of Directors

Sep
6
Board of Directors meeting, September 6, 2022 This meeting will be held in person at the location listed above. As authorized by California... 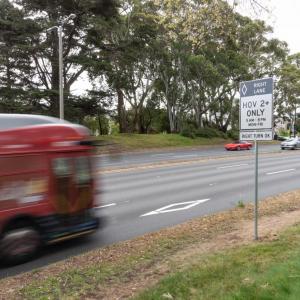