The July 4 annual Independence Day Fireworks Celebration will start at 2 p.m. along the waterfront near the Municipal Pier and Pier 39. The fireworks display will begin at 9:30 p.m. Starting from around noon to 11 p.m., large crowds and heavy traffic should be expected to and from Treasure Island. At approximately 8:30 p.m., no traffic will be allowed north of Lombard Street, from Van Ness to Doyle Drive, except for residents.

The following street closures will be in effect:

Note: As the crowd grows and to ensure safety of pedestrians, SFPD Police Officers and SFMTA Parking Control Officers can decide to close Fisherman’s Wharf area bounded by The Embarcadero, Van Ness Avenue and Bay Street earlier than the scheduled time listed above to vehicular traffic. 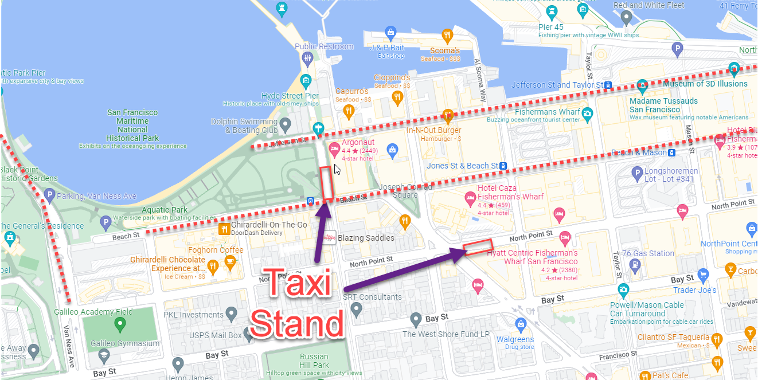