Note: Photos from today's event are below.

The San Francisco Municipal Transportation Agency (SFMTA), which manages all transportation in the city, including the Municipal Railway (Muni), rolls out the most significant service increases in nearly four decades. Beginning Saturday, a substantial boost in service will occur for 165,000 daily riders, and every rider will now better navigate the entire Muni system through reimagined and eye-catching bus shelters. An equally vibrant Muni System map—redesigned using colors and thickness of route lines—boldly offers riders a new way to distinguish the most frequent service. Renamed and renumbered bus routes, coupled with the renaming “Limited” bus routes to “Rapid,” complete the service improvements taking effect Saturday.

“Muni Forward is a monumental leap forward for this transportation agency,” said SFMTA Board Chairman Tom Nolan. “The Board is grateful to Mayor Lee for his steadfast support and leadership to implement these 21st-century transportation improvements. The Board stands with the mayor in making Muni the preferred alternative for even more people in San Francisco. We’ve adopted a comprehensive reorganization of services that increases the dependability of our transit system and our overall transportation network.”

Muni transports more than 700,000 people during a normal weekday and the majority of those daily trips are taken by bus. So Muni Forward enhanced frequency and extended hours on the workhorse routes of our transit system. The cumulative result is more service and less crowding on the following routes:

The “Rapid Network” will launch Saturday: an enhancement of frequency and reliability on the most heavily used routes. Think of it this way— “Rapid is the new Limited.”

“Muni Forward is the combination of extensive transit planning, community outreach and a commitment to San Francisco voters,” said SFMTA Director of Transportation Ed Reiskin. “Funds from Prop A and Prop B will make Muni more reliable and make traveling on San Francisco streets safer. The SFMTA is committed to improving travel, reliability and safety for San Francisco’s riding public.”

This reorganization helps to better align route numbers throughout the system and more appropriately identifies where the following buses travel in the city.

“Muni Forward represents the most significant service improvements in decades,” said John Haley SFMTA Director of Transit. “Our on-time performance has increased steadily over the past seven months, Muni ridership continues to grow, newly hired operators are in service, more are in training, and we’re poised to be the only agency nationwide to completely replace its fleet with low or zero emission vehicles. Without question, the state of our transit system is substantially improving and only getting better. Muni’s time has arrived.”

Muni Forward is introducing a new service map. Its color-scheme is simple yet the colors and thickness of route lines boldly offers riders a new way to distinguish the most frequent service (the Rapid Network is denoted in Red) from local transit service

More information about Muni Forward and Transit Priority Projects can be found at www.sfmta.com/muniforward. 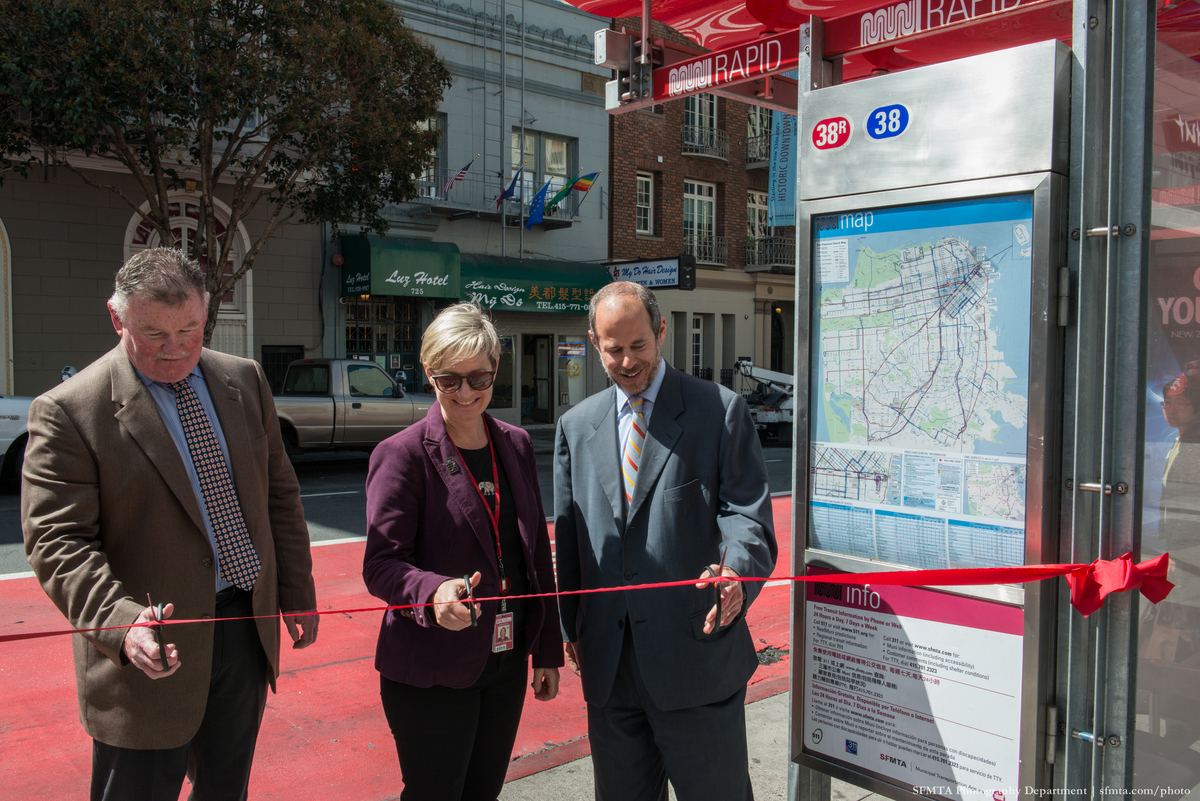 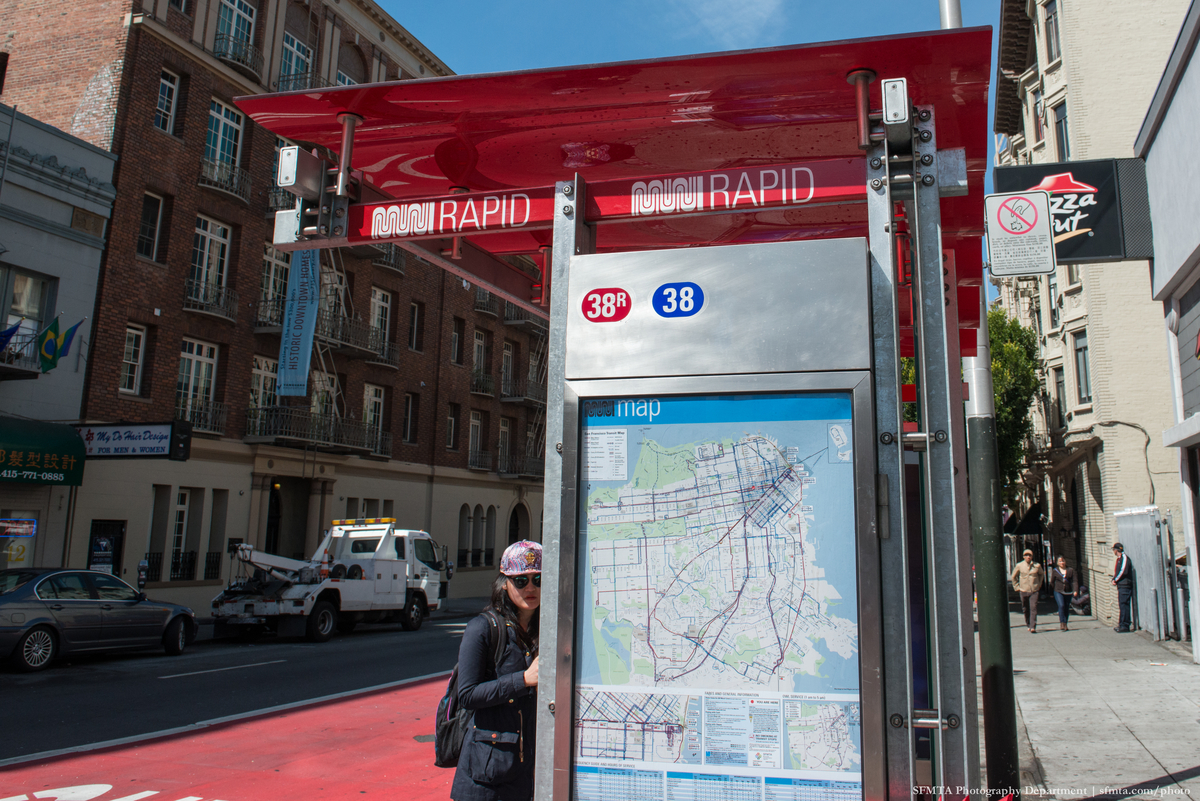 Jan
20
January SFMTA MAAC Meeting SFMTA Accessible Services is inviting you to a scheduled Zoom meeting. Topic: January SFMTA MAAC...
Jan
25
Policy and Governance Committee meeting, January 25, 2022 Due to the COVID-19 health emergency and to protect our Board Members, SFMTA staff, and members of...
Jan
26
Golden Gate Avenue Slow Street Virtual Open House 1/26/2022 Please join us for a presentation on the design proposal for Golden Gate Avenue Slow Street. The...