Throughout the Twin Peaks Tunnel project, Muni has increased capacity on the T Third rail line by running two-car T trains. Now as tunnel work comes to a close, we are excited to announce that we will be expanding two-car trains on the K/T line and making them permanent.

Upgrading the Twin Peaks tunnel has not only made the tunnel safer, but the improvements support faster travel speeds and added capacity for two-car K/T trains.

Starting with the completion of Twin Peaks tunnel work, the entire K/T line will be upgraded to two-car trains. Two-car K/T’s will operate for the length of 3rd Street and in the tunnel, increasing capacity on Third Street and in the Muni Metro tunnel. More train cars means less crowding and more room for passengers. 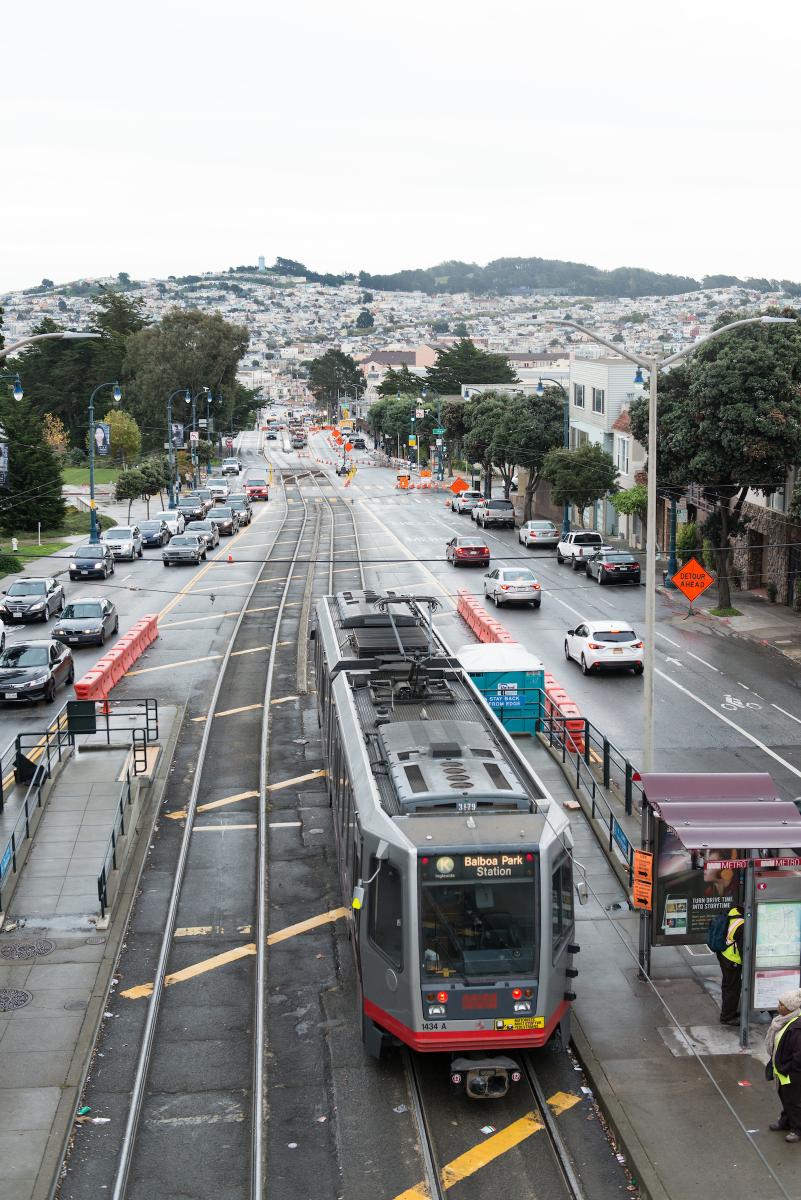 For the Ocean Avenue section of the line, there is currently not enough space for safe boarding and unloading of the second car. Therefore, only the front car on trains along Ocean Avenue will be in service.

When a two-car outbound K Ingleside train reaches Junipero Serra Boulevard/Ocean Avenue, all passengers on the back car will need to move to the first car and the operator will lock the second car. It will remained locked until returning to Junipero Serra/Ocean Avenue in the inbound direction when the second car will be unlocked and proceed through the tunnel and down 3rd Street.

To stay updated and provide feedback, please email TwoCarTrain@sfmta.com or sign up for project updates.