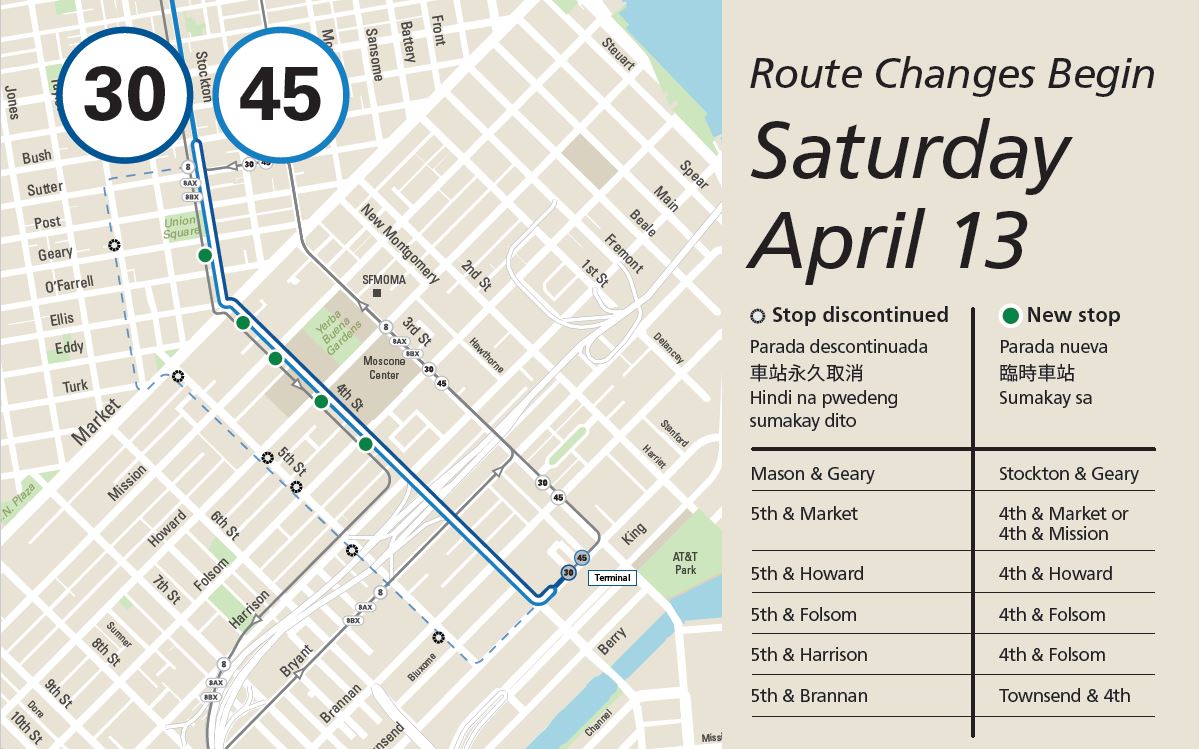 The 30 Stockton and the 45 Union/Stockton are returning to their previous routing on lower Stockton and 4th streets this Saturday, April 13. The 30/45 lines were rerouted approximately seven years ago to make space for Central Subway construction. These two Muni lines are returning to their original routes in advance of the completion of the Central Subway that is currently set to start revenue service at the end of 2019.

This follows the successful return of the 8 Bayshore and 91 OWL routes to Stockton and 4th Street in February. With an average weekday ridership of almost 34,000, the 30/45 lines are two of Muni’s busiest bus routes. Returning them to their permanent, more direct, alignment improves transit for thousands of customers. In the future, customers can look forward to a quicker commute following the completion of construction on 4th Street. In addition to these changes, the 27 Bryant will continue to serve its stops along 5th street.

The 30/45 will also be piloting the higher capacity battery power of our new trolley coaches to travel between Sutter and Townsend off wire. Due to the remaining Central Subway construction on 4th Street, the overhead wires that power these trolley coaches are not yet in place. Data is being collected from our coaches as they travel the new route to better understand the opportunities and limitations of this next-generation of battery technology.

The Central Subway Project will improve public transportation in San Francisco by extending the Muni Metro T Third Line through SoMa, Union Square and Chinatown connecting some of the most densely populated portions of the city with job centers, growing neighborhoods and hospitals. By providing a direct, rapid transit link between downtown and the existing T Third Line route on 3rd Street, the Central Subway will vastly improve transportation locally as well as regionally with easy transfers to BART and CalTrain.

When the Central Subway is completed, T Third Line trains will travel mostly underground from the 4th Street Caltrain Station to Chinatown, bypassing heavy traffic on congested 4th Street and Stockton Street. Four new stations will be built along the 1.7-mile alignment: 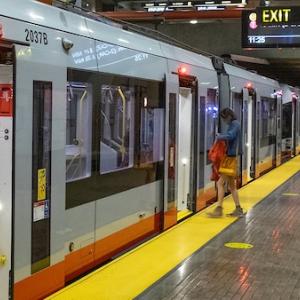