We recently passed a major milestone: The SFMTA Photo Archive now has over 8,000 photos, spanning 50 years of San Francisco transit history, digitized and published online for you to explore.

For today’s trip back in time, we’ll share three samples from the years between 1903 and 1953, all taken on Market Street. 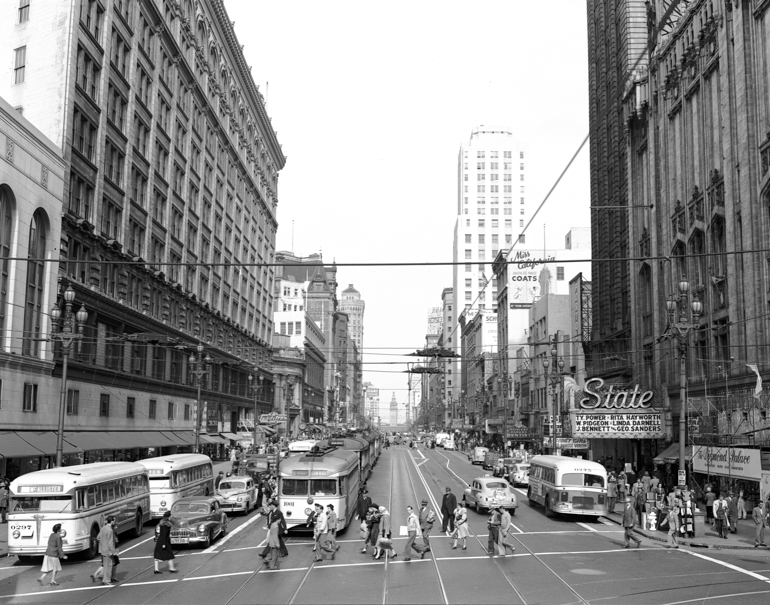 Buses, streetcars and pedestrians on Market, looking east from 4th Street on October 1, 1948.

In the late 1940s and early 1950s, Market was full of both streetcars and buses. After the Second World War, and Muni’s merger with the Market Street Railway Co., Muni converted many old, worse for the wear, streetcar lines to motor and trolley bus routes.

The above shot from 1948 shows motor buses (at left) on the 5 McAllister and 21 Hayes routes during their conversion from streetcar to electric trolley bus service. Front and center is Streetcar 1001 on the L Taraval Line, headed outbound for Ocean Beach. 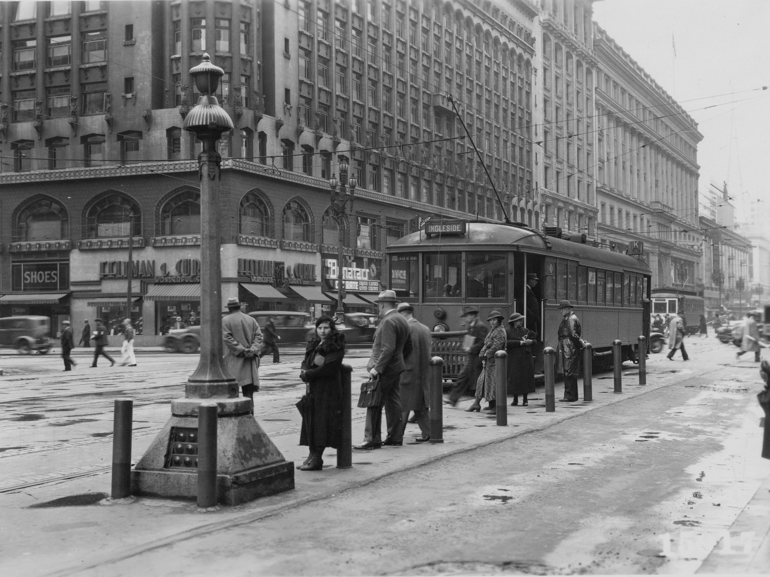 A “Passenger Safety Station on Market Street, east of Stockton Street, with people waiting for a streetcar on April 15, 1935.

Going back to the 1930s, Market had more streetcars and fewer buses than in the 1950s. This shot on Market at 4th Street shows a "Passenger Safety Station", the name for what are known today at transit boarding islands.

At the time, Market had two pairs of streetcar tracks – two outer tracks for Muni streetcars, and two inner tracks for the Market Street Railway Company, Muni's private competitor. With all of these streetcars on Market, the noise they created was often called the "Roar of the Four." 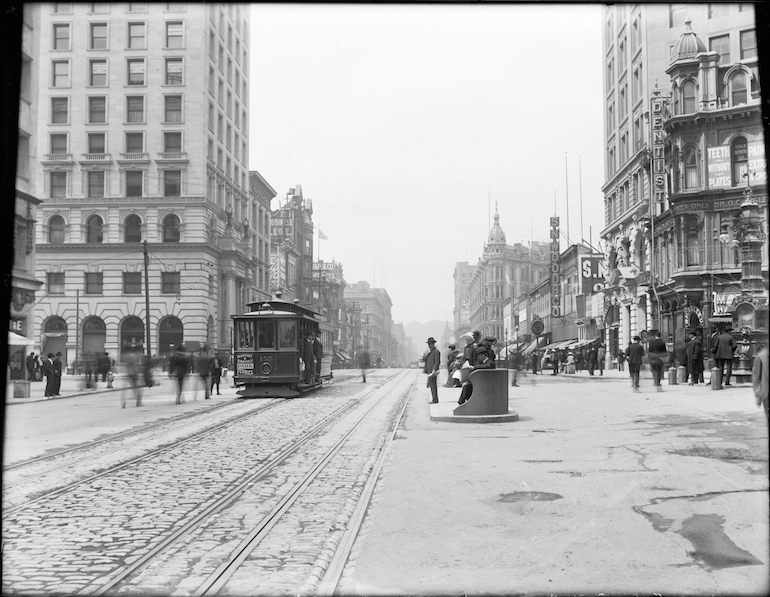 Cable Car 155 headed inbound to the Ferry Building on Market at 3rd Street, near the Call Building and Lotta's Fountain on January 9, 1906.

Further back in 1906, before the Great Earthquake and Fire, Market looked vastly different. Most notably, Market had cable cars, rather than electric streetcars, running along its entire length. This shot, looking west on Market from 3rd Street, shows cable car 155 on the Haight Street Line just a few blocks from its terminus at the Ferry Building.