Since 2006, bicycle ridership has grown by 100 percent in San Francisco. Safety is critical as more people hop on two wheels to get where they need to go.

You might have seen these green boxes at a couple San Francisco intersections. They are called “two-stage left turn bike boxes” and they make bicycling safer and more comfortable. 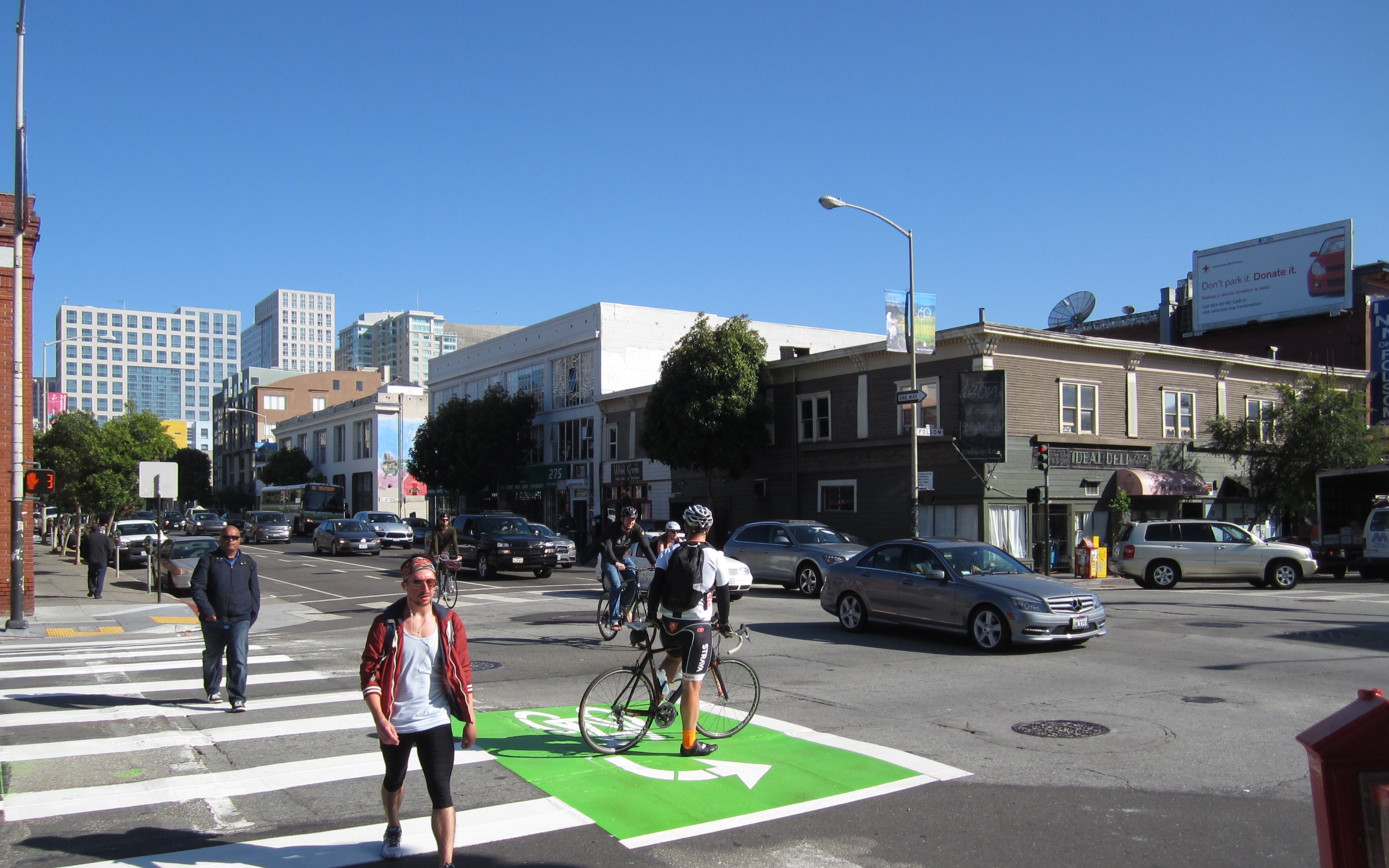 Negotiating several lanes of motor traffic just to be able to make a left turn isn’t an easy thing to do, especially for people who are less confident while riding a bike. Two-stage left turns help by improving safety and comfort.

We recently installed two new two-stage left turns for bikes at 8th and Folsom and at 11th and Howard streets. These green boxes provide an easy and predictable way for people biking to make a left turn onto the bike lanes on Folsom and 11th streets.

It happens in two stages:

Our friends at Seattle Department of Transportation also have a great video on how to use two-stage left turn boxes.

And check out what the National Association of City Transportation Officials (NACTO) has to say about these designs overall.