This week, we travel back in time 112 years to Oct. 16, 1905 at Fillmore and Sacramento streets for a glimpse into everyday life in San Francisco. 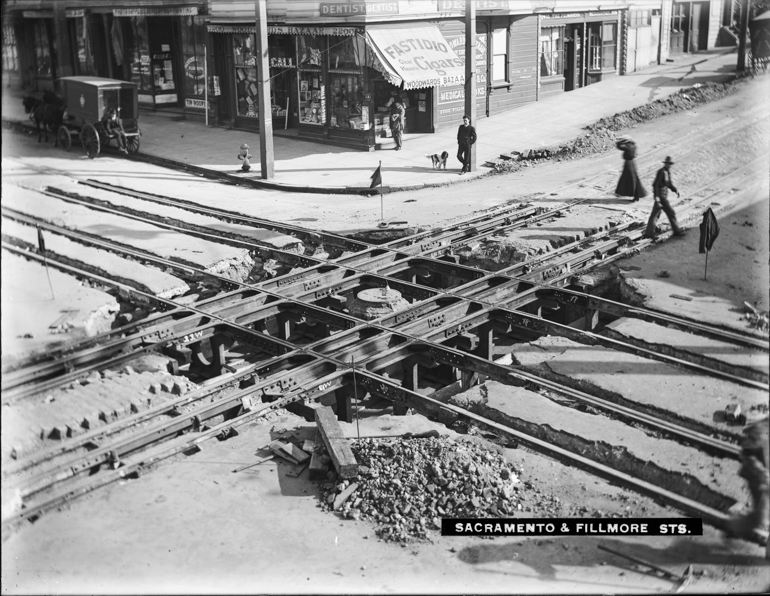 An overhead view of track construction at Fillmore and Sacramento in October 1905.

The photo above was taken by United Railroads Co. photographer John Henry Mentz to document the track work being done on the intersection of the 22 Fillmore streetcar line and the Sacramento & Clay cable car line.

Crossings like this required special track work to be built and installed. Often times, the pieces of the intersecting rails would be pre-made in the company's shops, numbered and labeled, then hauled out to the location to be bolted together in the street. This allowed the work to be done to tight specifications while reducing downtime on the lines under construction. 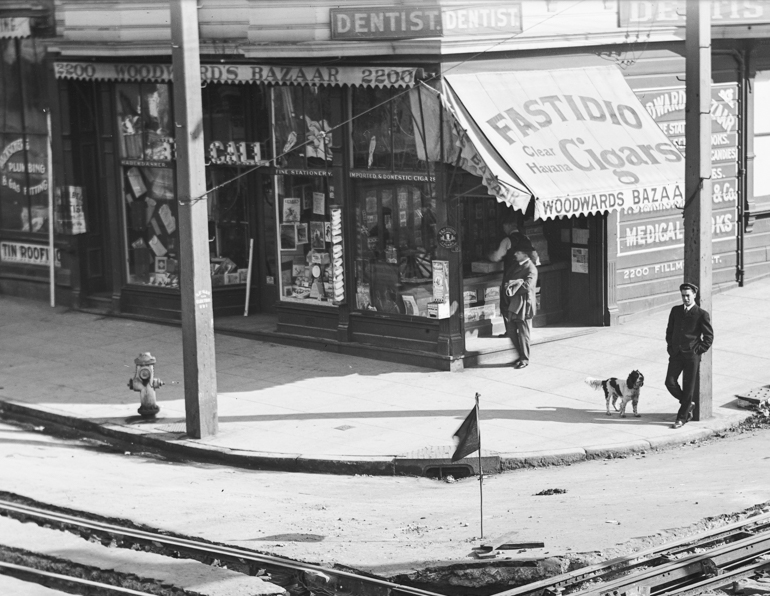 Close-up view of the corner store at Fillmore and Sacramento Streets in October 1905.

While the point of the photo was to document the work, taking a closer look into the background, we catch a glimpse of everyday life on the streets. "Woodward's Bazaar" occupied the corner spot at 2200 Fillmore Street. Selling everything from cigars to stationary to shirt collars to science books, this place was quite the variety store! 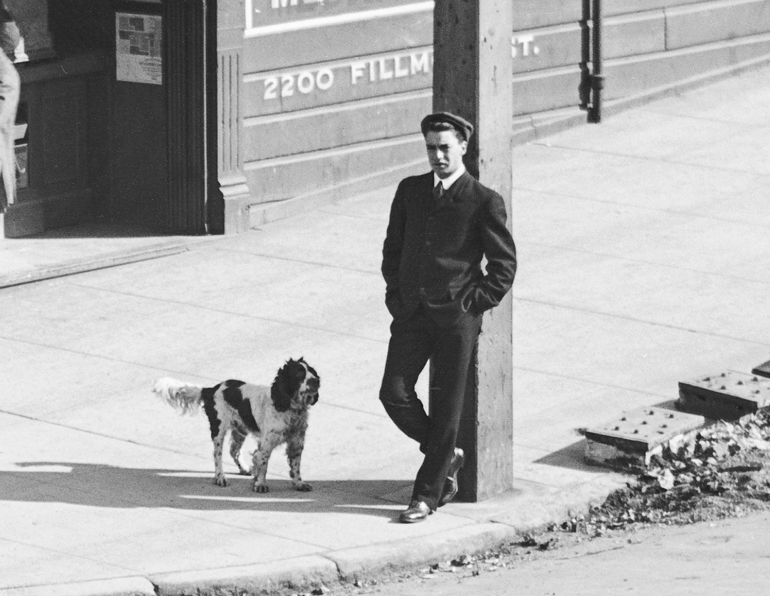 A man and his dog relax in the autumn sunshine on Sacramento and Fillmore Streets in 1905.

Zooming in even closer we can see a man with his spaniel leisurely standing on the corner just outside the store. Judging by the shadows on the pavement, this shot was taken in the later morning, probably around 10 or 11 a.m. ― a perfect time to take a break in the warm autumn sun.