Skip to main content
HeadsUp: Harvey Millk Day is this Sunday, 5/22, in the #Castro from 12 to 5 p.m. The #FMarket will have a reroute. https://t.co/OHpTF8oCcj (More: 19 in last 48 hours)
Subscribe
History in Motion

Here’s a look back to April 29,1909 with two photos showing an important change to McAllister Street in the Western Addition. McAllister has been served by a transit line since at least the 1880s. Beginning with a cable car run by the Market Street Cable Railway, McAllister served as an important part of the city’s east-west transit system.

These two photos show construction work to remove the old cable car tracks and replace them with electric streetcar rails: 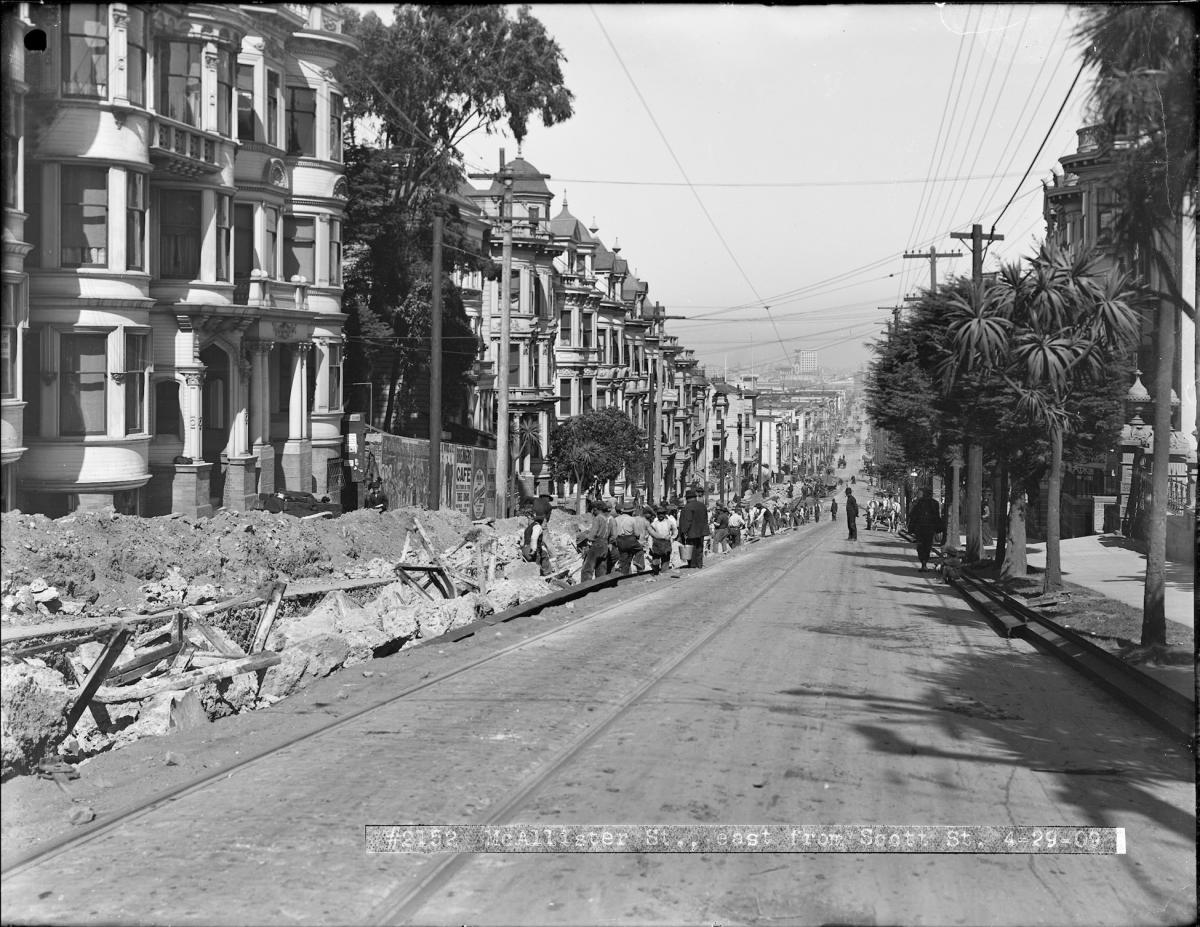 Laborers dig cable car “yokes” out of the street on McAllister between Scott and Pierce streets. Yokes are heavy steel frames that support both the rails and the cable channel on a cable car trackway.

Prior to the 1906 Earthquake and Fires, San Francisco’s transit system was largely made up of cable car lines, which made navigating the steep hills easy. However, the cable cars were slow and costly to operate compared to newer electric streetcars.  Following the ‘06 disaster, in an effort to rebuild and modernize the system, nearly all cable car lines were replaced by electric streetcar lines. 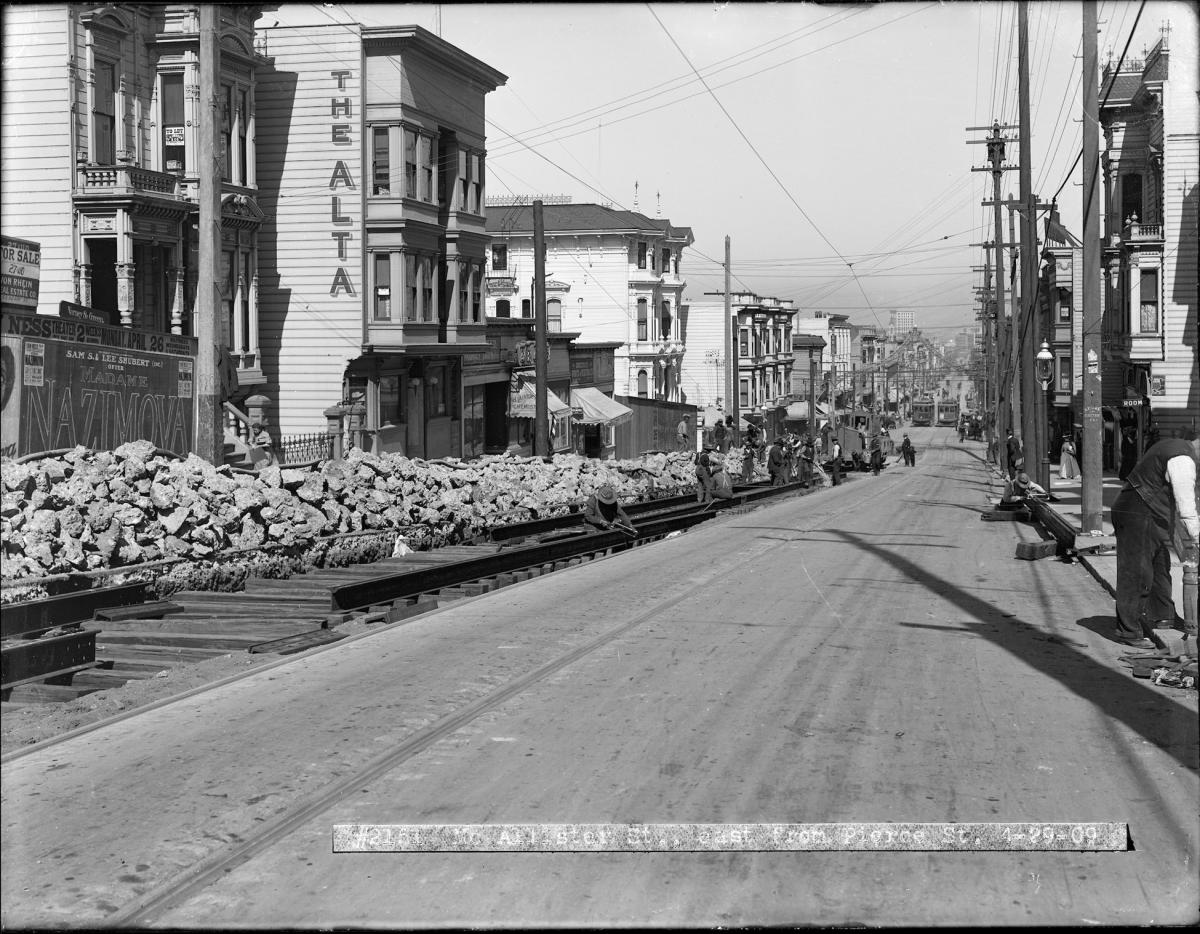 Workers install ties and rails to run the 5 McAllister Streetcar Line on McAllister and Pierce.

As can be seen in the photos, the work to replace the cable tracks was labor intensive and difficult. Due to the way cable car lines were built, the work to remove them had to be done almost entirely by hand with picks, prybars, and shovels. Laying streetcar tracks was marginally easier with the help of special work streetcars. All the work to lay and align the new tracks was done by hand.

Today, the 5 and 5R routes carry on the legacy of these cable and streetcar predecessors by continuing to serve this same stretch of McAllister.