There’s no need to do a double-take the next time you spot a green and cream “boat” cruising down the F Line—as of July 15 there are now two ship-shape “boat tram” streetcars sailing on the streets of San Francisco. While No. 228 has been a member of the fleet since 1984, No. 233 is new on the scene. It came to San Francisco in 2013 with the help of Market Street Railway and is now in service after undergoing repairs. 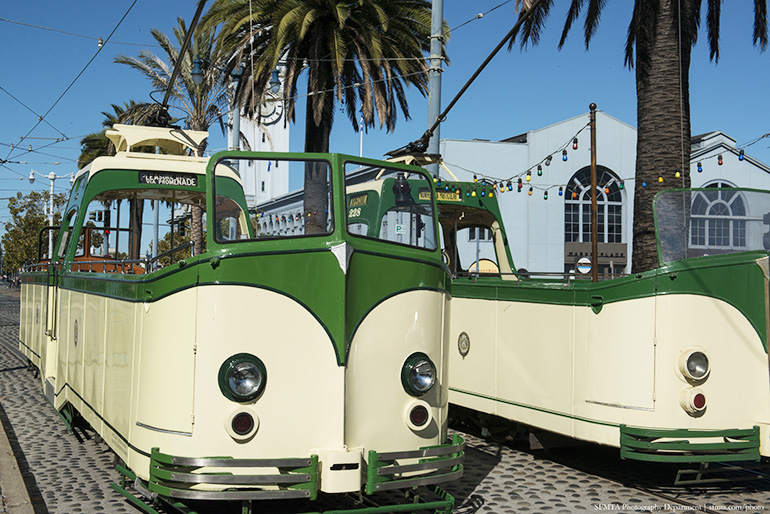 Originally built in 1934, the F Line’s twin set of boat cars come from the coastal town of Blackpool, England. We don’t want to take the wind out of San Francisco’s sails, but the fanciful collection of sea(side)faring and double-decker heritage streetcars operating in Blackpool leaves us feeling a bit "at sea."