Geary BRT Gets a Major Approval from SFCTA Board 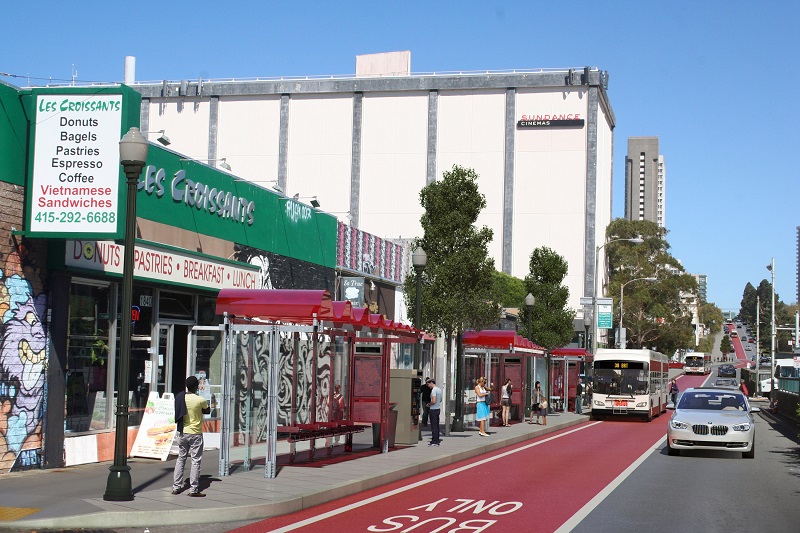 Last Thursday, the Geary Bus Rapid Transit (BRT) project and its Final Environmental Impact Report (EIR) were approved unanimously by the SF County Transportation Authority (SFCTA) Board, which is comprised of the SF Board of Supervisors.

The approval included selection of a preferred “hybrid” design for Geary BRT for placement of bus-only lanes, as recommended by project staff and the Geary Citizen’s Advisory Committee. The SFCTA Board also voted to preserve two stops previously slated for removal (more on that below). 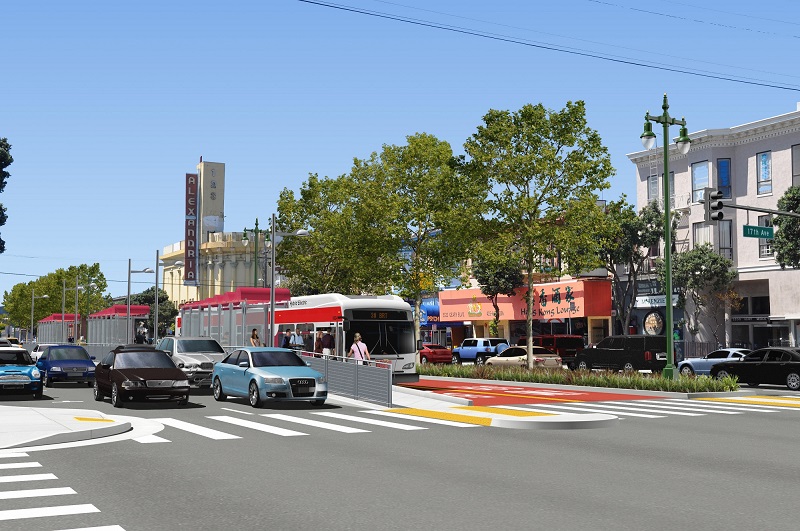 The approved design for Geary BRT is known as the “hybrid” alternative because it will include bus-only lanes along the sides and center of the street on different segments of the route.

This design was chosen as a cost-effective way to reduce bus crowding and uneven wait times and to save riders up to 20 minutes round-trip. Treatments like the bus-only lanes and sidewalk extensions will make the street safer, more vibrant and more efficient for everyone.

Under this proposal, these two intersections would remain mostly unchanged with the exception of Geary and Laguna. At this intersection, Geary buses would stop at boarding islands away from the curbs, just left of right-turn lanes so they can bypass the right-turning traffic. 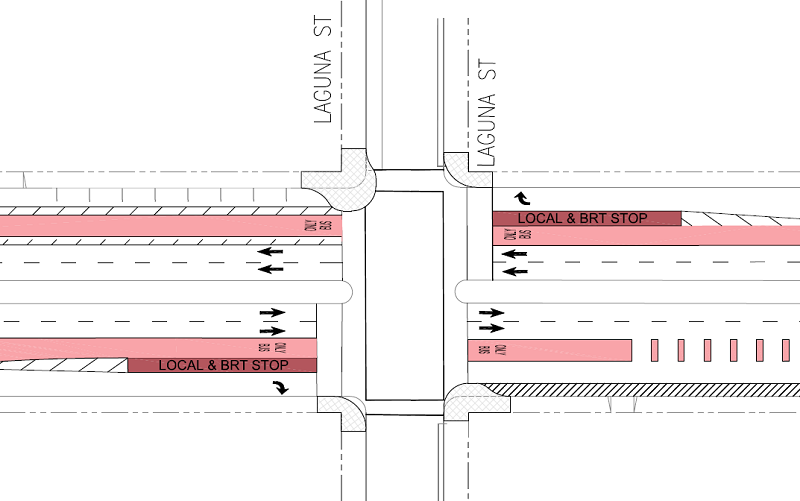 At Geary and Laguna, transit boarding islands will allow buses to drop-off and pick people up safe and efficiently, without conflicting with right-turning vehicles.

What’s Next for Geary BRT, and the SFMTA’s Increased Role

Planning for Geary BRT has been led by the SFCTA thus far. With the SFCTA Board’s approval, the SFMTA has the green light to begin the next steps, such as finalizing designs for the approved hybrid BRT plan and its many upgrades for safety, transit service and other infrastructure.

The SFMTA will first focus on improvements on the inner segment, between Market and Stanyan streets, before moving on to the segment west of Stanyan, which requires a larger redesign for center-running bus lanes.

This phased implementation approach allows us to provide transit and safety benefits sooner rather than later.

After additional public outreach to get more detailed input on designs between Market and Stanyan Street, the plan is to extend Geary’s existing red bus-only lanes west to Stanyan and adjust stop spacing for faster service in late 2017.

There will be many more opportunities to weigh in on the proposals before changes come to Geary in 2017. Most notably, the SFMTA Board of Directors must approve detailed street changes at a public meeting.

To stay up to date on opportunities to get involved with Geary BRT, visit our Geary BRT webpage.